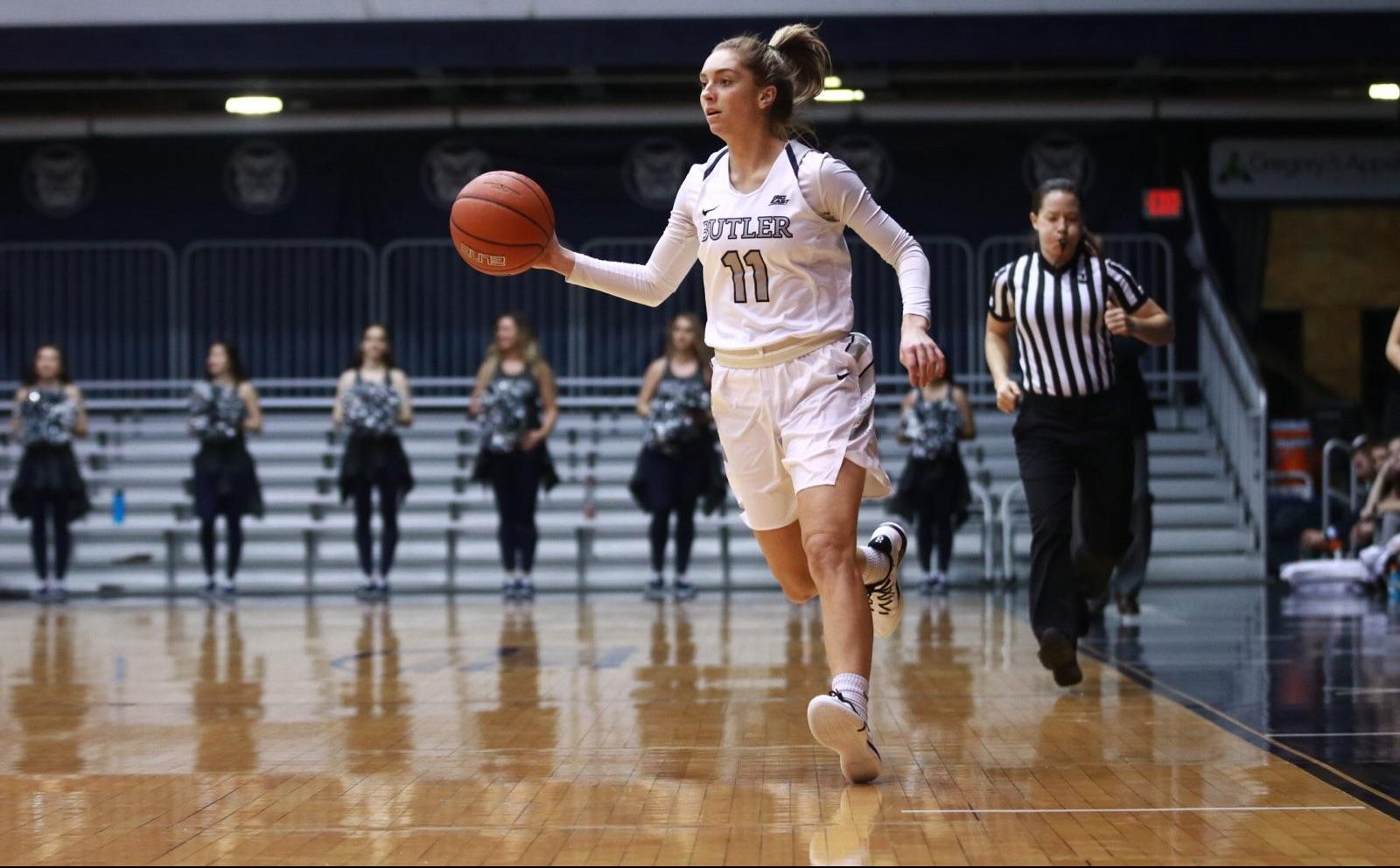 Michelle Weaver surveys the floor. Weaver had nine points and six steals in the win over Indiana State. Photo by Jimmy Lafakis.

Supported by a 24-point second quarter, the Butler women’s basketball team trampled in-state rival Indiana State, 72-49. The Bulldogs are now 8-1 on the season.

Led by a bounce-back performance from Whitney Jennings, who scored 16 points on 6-of-10 shooting, Butler shot 45.3 percent from the field and 41.2 percent from three.

Butler is back in action against Ohio State at the West Palm Invitational on Dec. 20th.