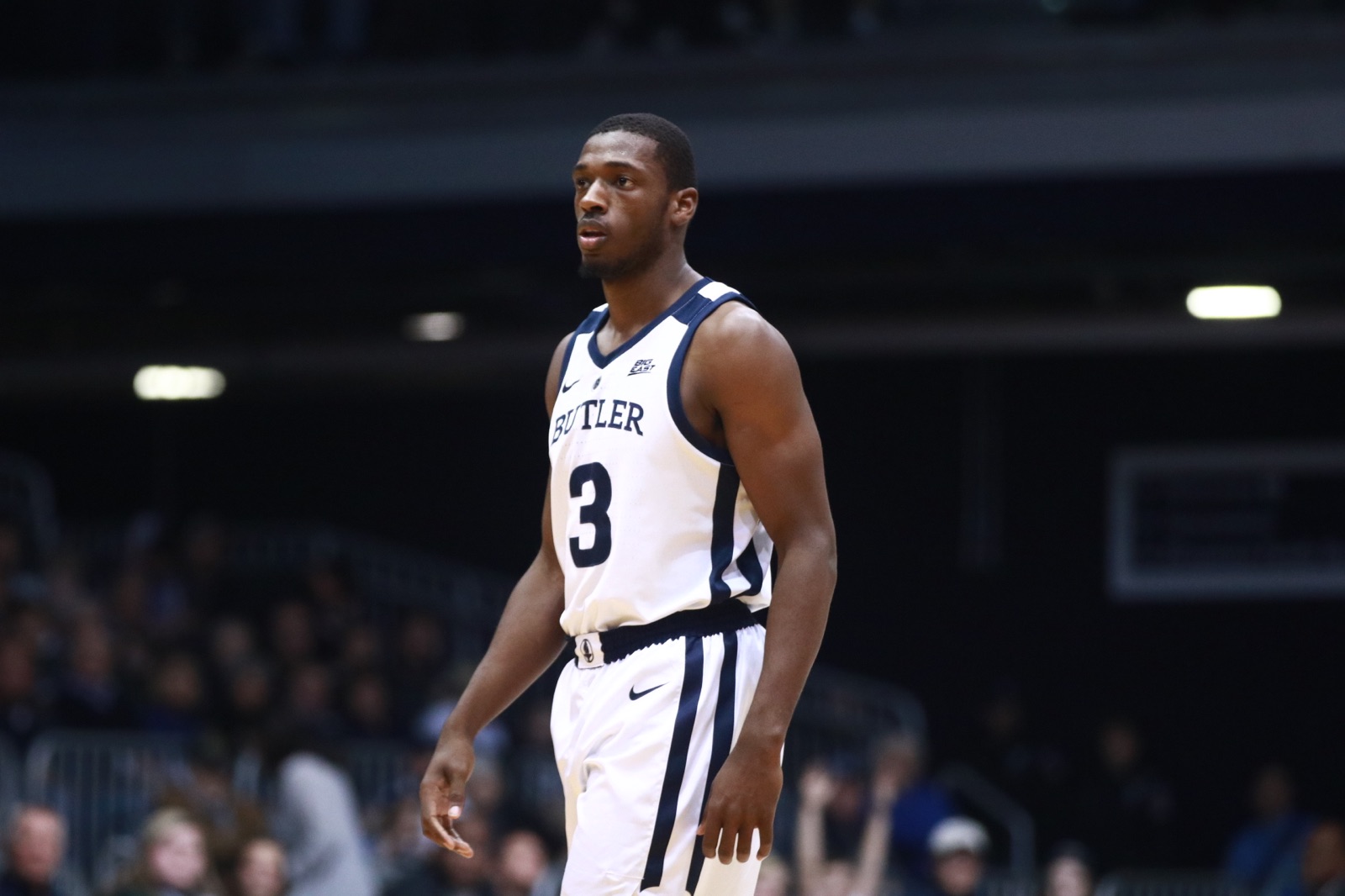 Kamar Baldwin led the charge down the stretch to take down the Ole Miss Rebels, 83-76. Photo by Jimmy Lafakis.

In their first game against a Power 5 opponent this year, Butler faced Kermit Davis and a stingy Ole Miss team with hectic pressure that tested the Bulldogs.

If they don’t do better at handling this defensive pressure that’s all they’ll ever see. #Butler

And the Rebel pressure even had Hinkle on the ropes for a bit.

Getting wild in here. Maybe not chippy, but almost.#Butler

Paul Jorgensen exploded for a career-high 27 points including 21 in the first half.

His 5 three pointers in the half had Butler fans wanting more.

I don’t want to live in a world where Pauly doesn’t heat check from literally wherever on this next possession.

Despite the late run by Ole Miss, Butler pulled away with a 20-8 in the closing five minutes.

The streak stands at 46. ? pic.twitter.com/WGF7ofYPVS

Considering his struggles with playing time in the first two contests, this was a breakthrough performance for him.

Christian David wants to win this game more than anyone in Hinkle right now.

Kamar Baldwin poured in a quiet 24 points, but in the end, it was Paulie’s night as he dribbled out the clock.

And his phone was BLOWING UP.

When @pauliejorgs steps away from his phone for 2 hours…and drops a career-high 27 in the dub. pic.twitter.com/OOsRU0m6cI

At the end of the day, a win is a win. And over an improving Power 5 team will give the Bulldogs confidence when they play another intense game later this season.

And if the game is on Butler’s campus, give the home team the edge.

As we look ahead to the rest of the non-conference schedule, this was a must-win if Butler wants to dance for the fifth straight year.

Not sure if Ole Miss is any good (they were picked to finish last in the SEC), but with the Bahamas trip, SLU, IU, and Florida all in road/neutrals, this was a non-conference game Butler needed to get.

Now, Butler students can enjoy these next few days on break with the satisfaction of a still-unbeaten Butler squad.

They will next travel to the Bahamas to compete in the Battle 4 Atlantis holiday tournament. Their opening game is against the Dayton Flyers at 7 p.m. on ESPNEWS.