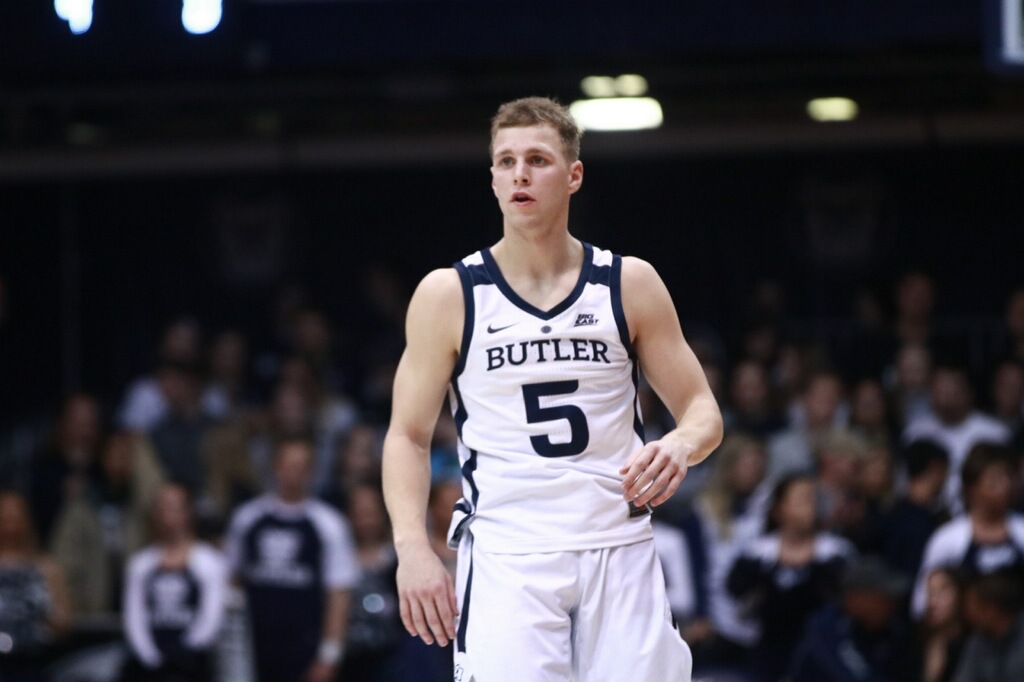 Paul Jorgensen looks down court during Butler’s 83-76 win over Ole Miss on Nov. 16. Jorgesen scored a career-high 27 points in the game. Photo by Jimmy Lafakis.

It certainly didn’t come easily, but a career-high 27 points from Paul Jorgensen and 17-point second half from Kamar Baldwin lifted the Butler’s men’s basketball team over Ole Miss 83-76 on Nov. 16 for their third win of the season. Here’s a quick look at 10 key quotes from after the game.

On the game overall: “I thought it was a great college game for this time of the year. Both teams can probably look at it [and see] some defensive breakdowns. It was kind of a game of guards. Jorgensen just got them off to such a good start.”

On Kamar Baldwin’s second half performance: “We guarded him from the field great. … He’s a damn good player and we couldn’t keep him out of the lane. He made some tremendous plays and just didn’t miss a free throw down the stretch.”

On how this Butler teams compare to a few years ago: “This team has the same makeup. Toughness, well-coached, good guard play. Their bigs play their tails off and [they’re] very physical.”

On Ole Miss: “They’re really good. Coach Davis is a great coach. He’s had a ton of success with … changing the defenses. It’s hard to simulate it in practice — their athleticism, their length — so that bothered us.”

Coach Jordan had plenty to say after tonight's win. pic.twitter.com/zJ6CCjApcb

On making adjustments: “Our guys responded. That was the part that I was proud of. We went back and forth. They took the lead in the second half. And we responded, coming out of the eight-minute media [timeout], and finished the game off. [We] had to step up to the foul line to win it. So [I’m] just proud of the individual investment that guys are seeing pay off.”

On the team’s goals in the game: “We just wanted to stay agressive, get right to the next thing, and keep the ball moving and I thought we did that. Find our guys inside, and Joey finished a couple inside there. … So we had a good balance, I thought.

On his career game: “My teammates found me, and I just made open shots. So it was really all credit to them.”