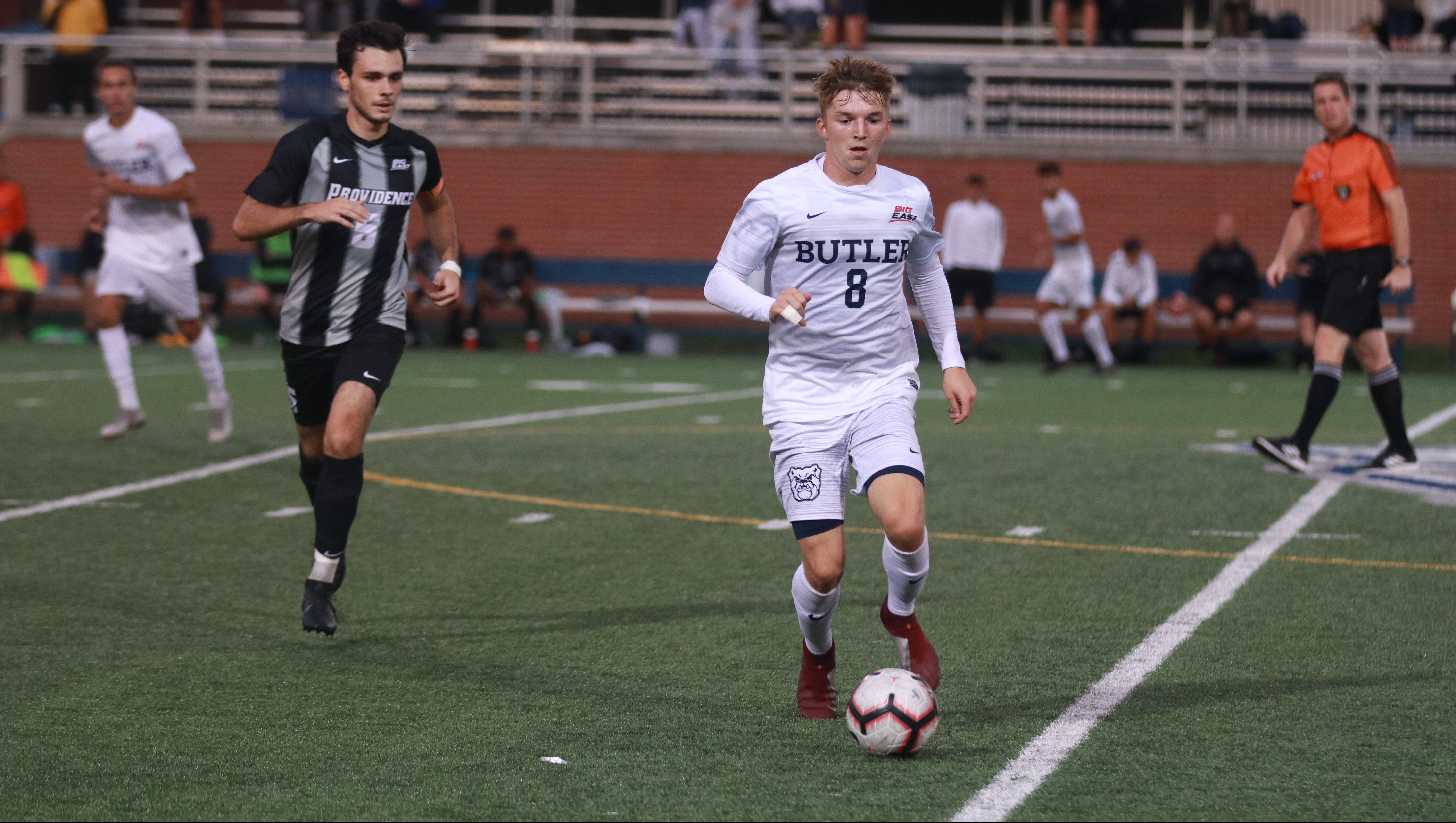 As we approach the midpoint of the semester, the busy Butler sports continues on with a break from Big East play for the men’s soccer team as they face the SIU-Edwardsville Cougars. SIUE has enjoyed quite a bit of success this year, as they have wins over Wisconsin and Saint Louis. The Cougars received four points in the most recent United Soccer Coaches Poll. In last year’s matchup on the road, the Bulldogs fell 2-0. The Sellick Bowl hosts Dawg Pound Chik-fil-A Night and the game is set to begin at 7 p.m.

On Wednesday, the Butler volleyball team heads north to play the 19th-ranked Marquette Golden Eagles. Milwaukee has proven to be a tough place to play this year as the two teams to beat Marquette on the road so far this season, BYU and Wisconsin, are ranked first and sixth, respectively. The Bulldogs were the only Big East team to win on the road against Marquette a season ago, 3-2. First serve from the Al McGuire Center is at 7 p.m.

As one of their main events of the fall season, the men’s and women’s tennis teams will compete in the ITA Regionals in Knoxville and Chattanooga, Tennessee, respectively. Mason Dragos, Aviv Ben Shabat, and Michael Dickson all won one or two individual matches in the event last year. On the women’s side, Jordan Minnick was able to pull off a win. The men are set to start on Thursday and will finish Sunday, while the women begin on Friday and will play through Tuesday the 16th.

As a warmup for Pre-Nationals, the men’s and women’s cross country teams will compete in the Pink Classic on the campus of Bradley University. While neither team participated in this event last year, there were certainly some familiar faces in the 2017 Pink Classic with Marquette and Xavier both posting successful times. The men’s and women’s teams are coming off 25th and 26th finishes, respectively, in the Nuttycombe Invitational.

The Butler football team continues Pioneer Football League action as they are on the road against in-state rival Valparaiso. The Bulldogs have had success against the Crusaders, winning eight out of their last ten meetings, but last year’s game left a bad taste in Butler’s mouth. Twenty-one seniors played their final game at the Sellick Bowl against the Crusaders, but it was Valpo who took the lead midway through the first quarter and never looked back. The Hoosier Helmet trophy is up for grabs as the game will kickoff from Brown Field in Valparaiso at 2 p.m.

After the short break from Big East action, the Butler men’s soccer team returns to league play as they travel to face off against the DePaul Blue Demons. After a rocky 0-4 start in the Big East play, the Bulldogs will look to capitalize against a DePaul team that finished ninth in the conference a season ago. However, the Blue Demons should not be taken lightly as they have defeated Drake and Providence this year, two teams Butler struggled against in losses. The day game at Wish Field in Chicago is set to begin at 2 p.m.

While football and men’s soccer play at 2 p.m. on the road, Bulldog fans can enjoy the Butler volleyball team’s match at Hinkle Fieldhouse against archrival Xavier, also at 2 p.m. It was smooth sailing for the Bulldogs against Xavier last year, winning six out of the seven sets, as the Musketeers struggled to a sub-.500 record in conference play. After Saturday’s game, Bulldog fans will have to wait nearly two weeks before seeing the volleyball team play at home again. Tickets to the game are free courtesy of butlerbulldoggear.com.

In their second event in as many days, the men’s and women’s cross country teams take on the Pre-Nationals Invitational, the precursor to the NCAAs in November. In last year’s event in Louisville, the men finished 14th and the women finished 11th as a team. Junior Josephine Threstup finished fifth in the women’s unseeded 6k race. The teams should be familiar with the course as they were there just a couple weeks ago. The meet takes place in Madison, Wisconsin on Saturday.

To round up a wild week in Butler sports, the Butler women’s soccer team hosts DePaul in a battle of two of the top four teams in the Big East. DePaul has had some nice wins over the course of their season including Illinois and a road victory against Minnesota. In last year’s matchup with the Blue Demons, the Bulldogs played to a 1-1 tie. The Sellick Bowl is hosting Soccer Sundaes with the match set to begin at 1 p.m.