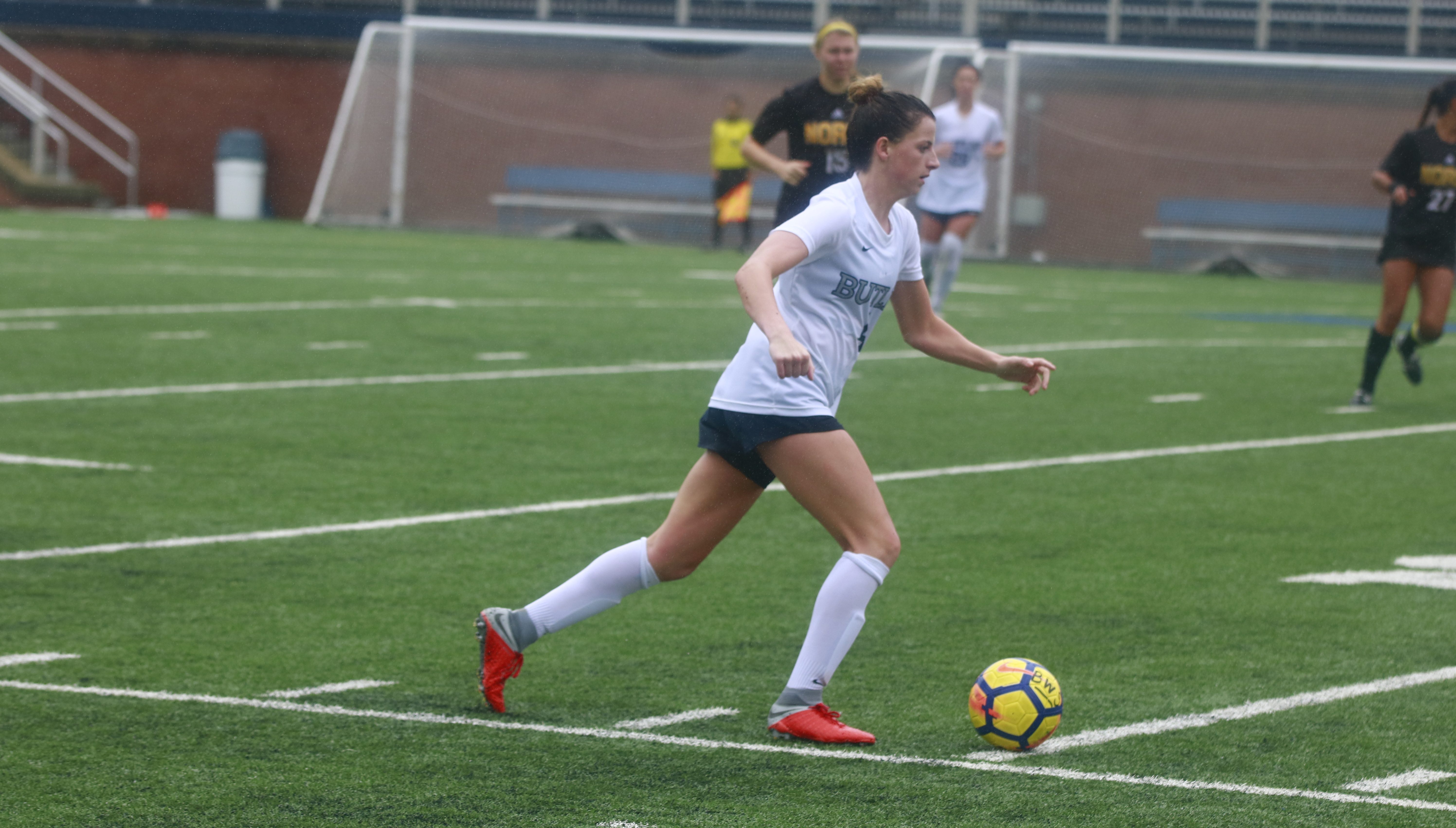 Paige Monaghan brings the ball downfield during a game this season. Monaghan and the Bulldogs return to action on Oct. 14 when they host DePaul. Jimmy Lafakis/Collegian file photo.

The Butler women’s soccer team moved to 9-4-1 on the season after falling 2-1 to St. John’s on Oct. 7. The loss marked the first time that the Bulldogs have fallen in Big East conference play.

Zsani Kajan led the way for St. John’s as the redshirt sophomore scored a pair of goals to push the Red Storm past the Bulldogs. Prior to the match, Butler goalkeepers Hannah Luedtke and Leonie Doege had not allowed a goal in Big East play.

After a Kajan penalty kick gave the Red Storm a 1-0 advantage in the 17th minute, freshman forward Anja Savich scored her seventh goal of the season on a shot from nearly 20 yards out. The goal, her third of Big East play, sailed into the top right corner to equalize the game in the 21st minute.

Despite the Bulldogs aggressively outshooting the Red Storm 8-3 in the second half, St. John’s used a 57th minute goal from Kajan to pull away from the Bulldogs.

Butler nearly found the late equalizer on a penalty kick as Savich was taken down from inside the box. St. John’s goalkeeper Meredith Reinhard layed out for the diving save to stop the shot from senior forward Paige Monaghan and propel her team to victory.

The Bulldogs will return to action on Oct. 14 as they host DePaul University at the Bud and Jackie Sellick Bowl.