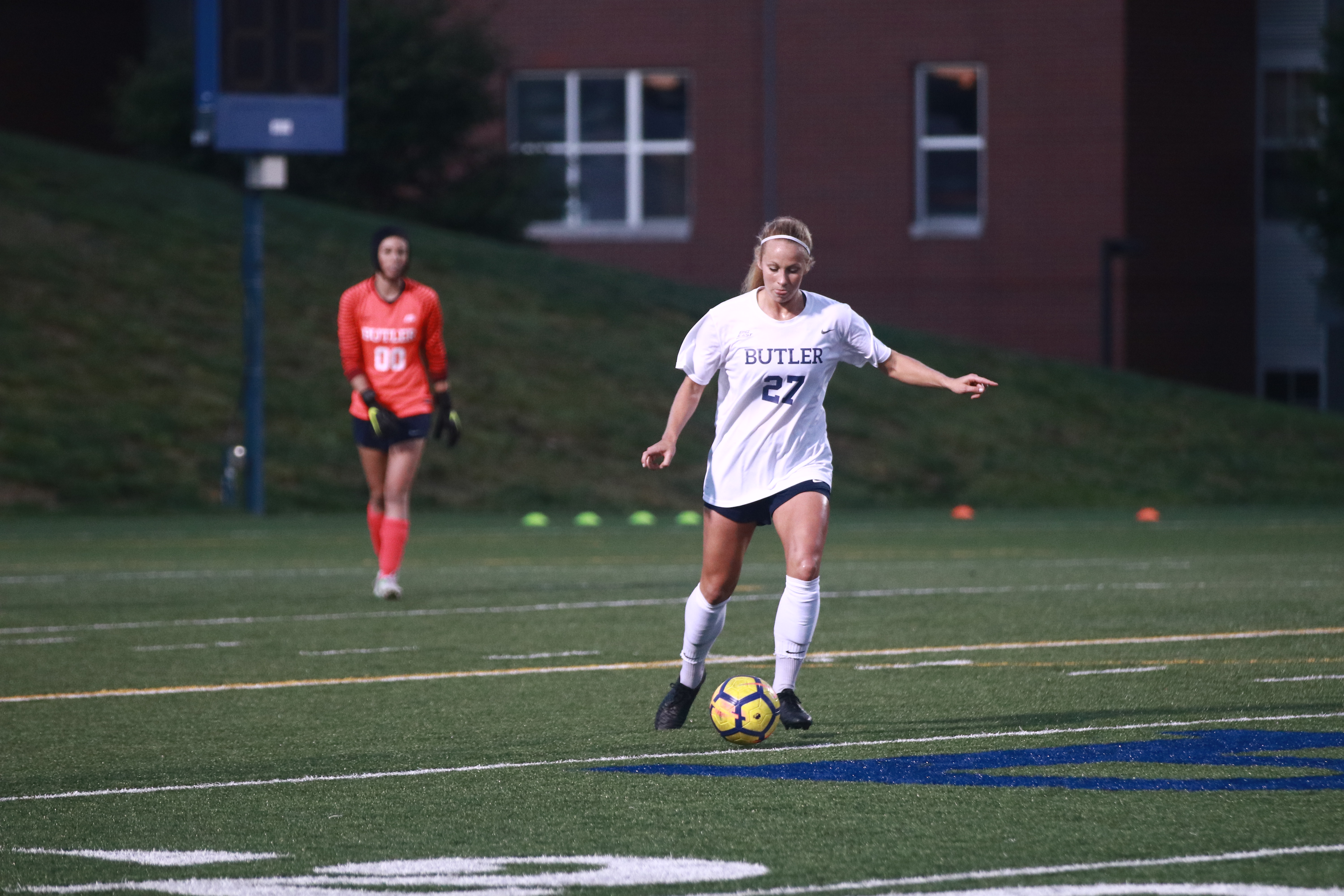 Annika Schmidt gets ready to kick the ball up the field. Schmidt and the Bulldogs have recorded three straight shutouts to open Big East play. Photo by Jimmy Lafakis.

The Butler women’s soccer team will continue their 2018 campaign with an Oct. 4 night road matchup against Big East foe Xavier. The Bulldogs look to remain undefeated in conference play after beating Providence 1-0 on Sept. 30.

The Musketeers sit at 7-6-0 after falling 2-1 to Villanova on Sept. 30. Xavier kicked off Big East play with a 1-0 loss to Creighton on Sept. 23 but responded with a 3-2 double-overtime victory against Providence on Sept. 27.

Freshman forward Anja Savich was a consistent scoring force for the Bulldogs during the nonconference slate and has continued the trend after scoring in two of the team’s three Big East games. Savich’s seven goals on the year lead the team.

Xavier is led by redshirt junior and Indiana native Samantha Dewey, who is their top performer in both goals and assists on the 2018 season. Dewey, who was a preseason All-Big East selection, has scored or assisted on three of the team’s last four goals.

The two programs, formerly members of the Midwest Collegiate and Atlantic 10 conferences, have met in all but two seasons since 2000. The Bulldogs were 10-4-2 against the Musketeers in that span while outscoring their opponent 24-14.