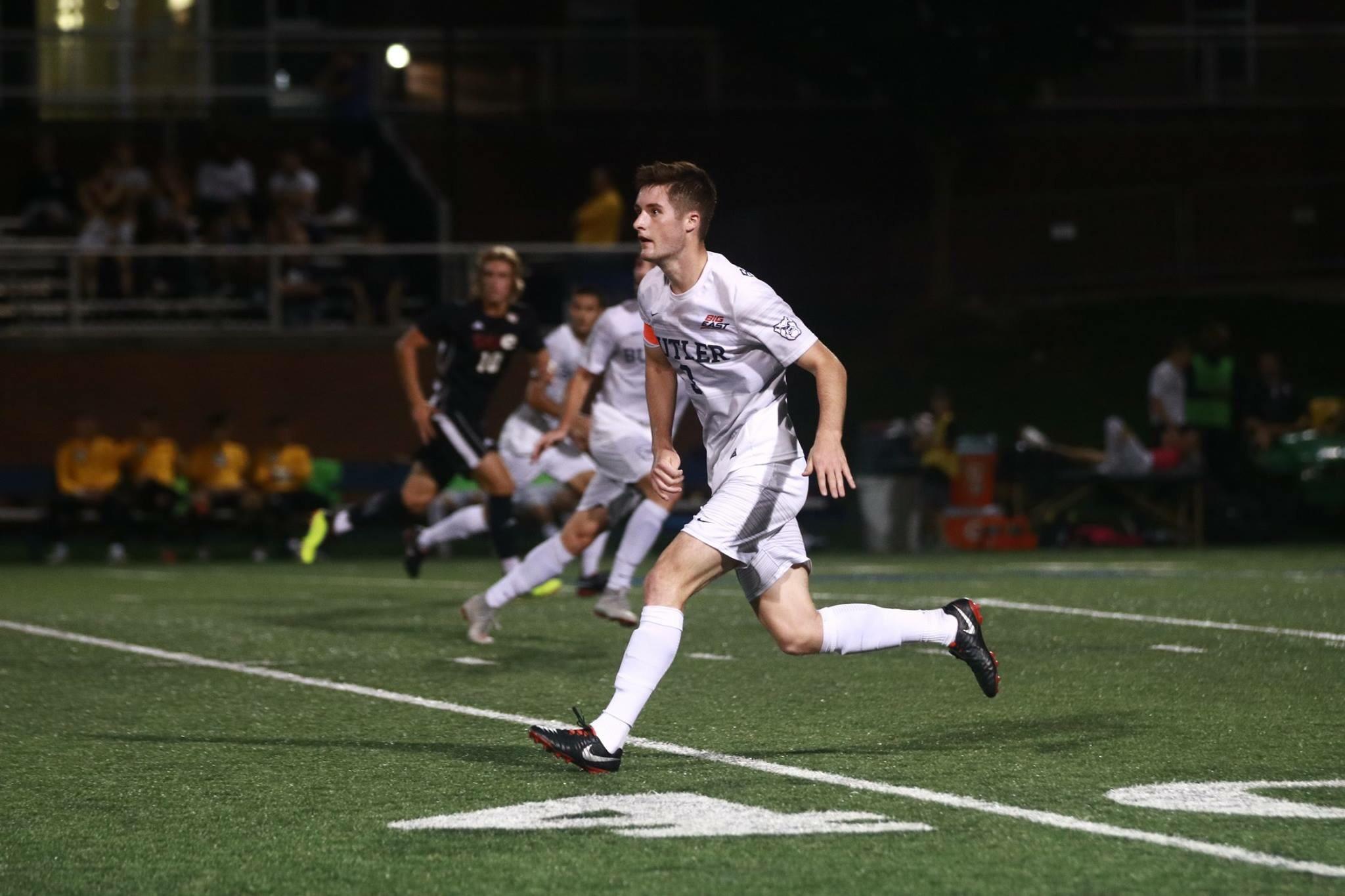 Joe Moulden in action against SIUE. Moulden scored his first goal of the season in the loss. Photo by Jimmy Lafakis.

The Butler men’s soccer team fell to 2-8-2 on the season after a 3-2 loss to the SIU-Edwardsville Cougars on Oct. 9 at the Bud and Jackie Sellick Bowl.

The Cougars jumped on the board first just five minutes into the game as Lachlan McLean capitalized on a Bulldog turnover just beyond the 18-yard box. The goal was McLean’s eighth of the season.

After several opportunities following the SIUE goal, Butler senior Michael Peay was taken down in the box, earning the Bulldogs a penalty kick in the 35th minute. Freshman Jack Haywood capitalized on the opportunity, scoring his first goal in a Butler uniform and tying the game at one.

SIUE’s McLean found the back of the net yet again for his ninth goal of the season in the 77th minute extending the Cougar lead to 3-2 where it would remain for the rest of the game.

Despite the loss, Butler led the shots and corner kicks categories, outshooting the Cougars 13-7.

Butler will be back in action on Oct. 13 as they head to Chicago to face the DePaul Blue Demons at 2 pm. The game will be broadcasted on DePaul All-Access.