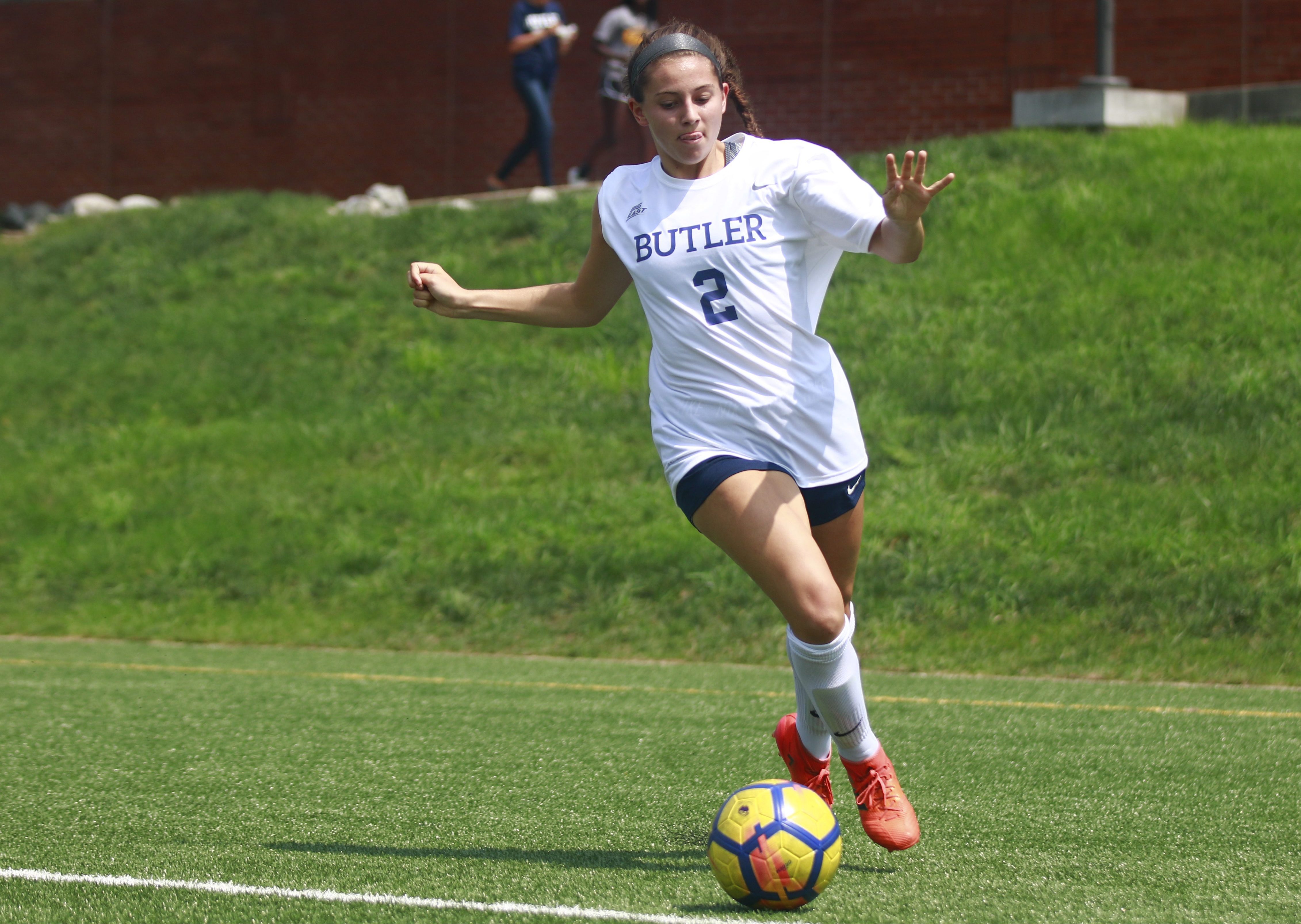 Katie Soderstrom dribbles the ball up the field. Soderstrom and the rest of the Bulldogs host Evansville on Sept. 6 at the Sellick Bowl.

host in-state foe Evansville at the Sellick Bowl. The Bulldogs are coming off their first loss of the 2018 season after falling on Sept. 2 to No.19 Kansas, 1-0.

Coming into the match, the Purple Aces sit at 2-4 after slipping 2-1 to Miami (OH) in their most recent matchup. In that match, Evansville scored a goal in the second minute before losing the advantage and falling to the Redhawks. The Aces’ two wins of the 2018 season have come against Ohio Valley Conference foes in Southeast Missouri and Tennessee Tech.

Evansville is led by a pair of forwards in sophomore Jayme-Lee Hunter and graduate student Montana Portenier. The duo has combined to score four of the team’s seven goals on the 2018 season and is tied for the team lead in points.

After scoring nine goals in their first three matches, the Bulldogs have only generated an own goal in their last 181 minutes of play. Butler endured two hard-fought road matches against Dayton on Aug. 29 and Kansas on Sept. 2 where goals were at a premium. The most recent goal credited to a Butler player came on Aug. 26 against Notre Dame off the foot of senior forward Paige Monaghan.

For one season in 1993, the two programs were both members of the Midwest Collegiate Conference, now the Horizon League, where Butler finished one spot ahead of Evansville in the standings. Tomorrow’s match will be the fourth time since the turn of the century that the two teams have faced off. Butler was victorious in two of those matchups with the most recent win coming in 2016.