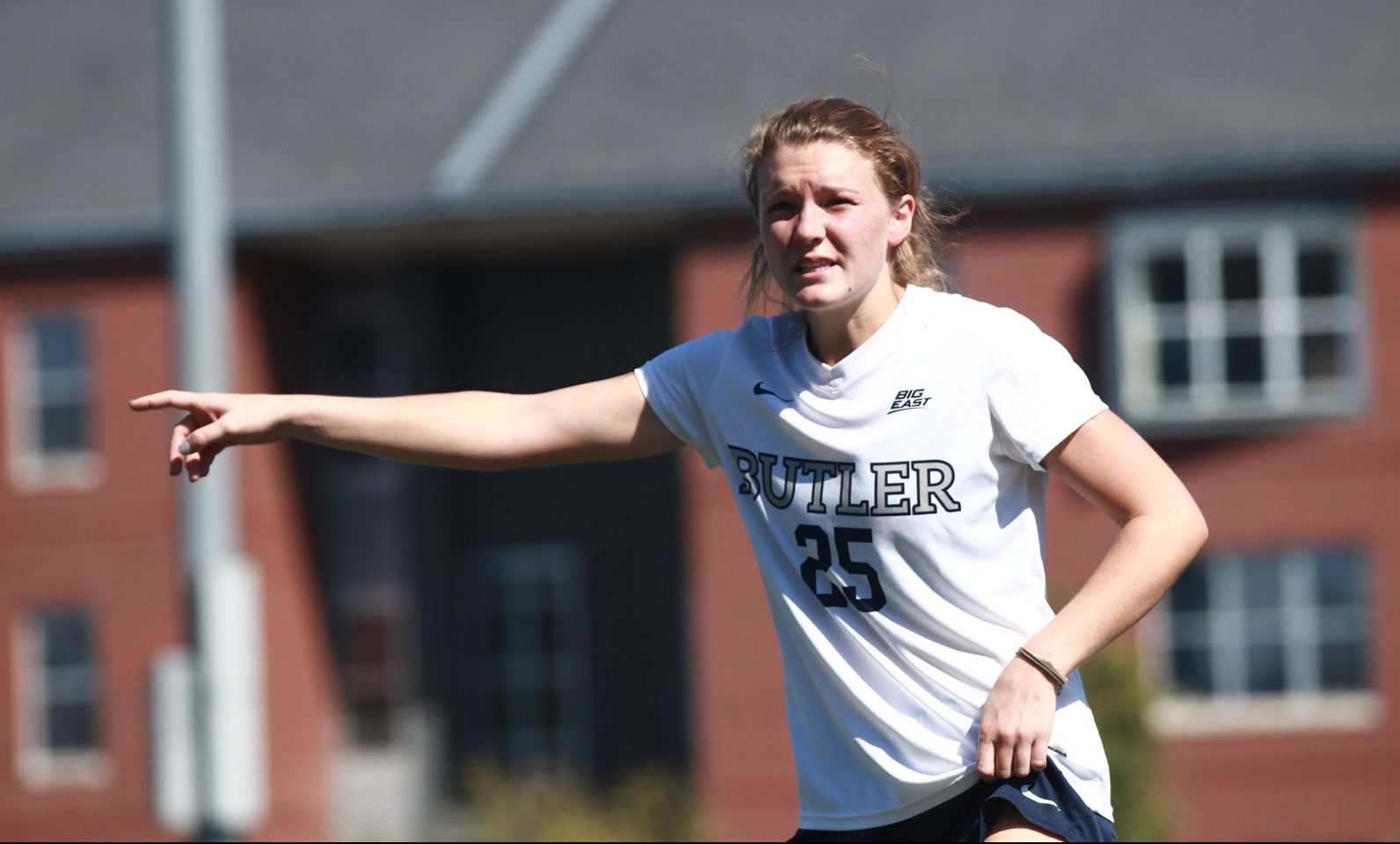 Madison Toth communicates with her teammates during Butler’s 1-0 victory over Providence on Sept. 20. Toth scored the first goal of her college career in the contest. Photo by Jimmy Lafakis.

The Butler women’s soccer team moved to 9-3-0 on the season after beating Providence 1-0 at home on Sept. 30. Senior defender Madison Toth’s first career goal on a shot from inside the box in the 56th minute gave the Bulldogs the victory.

The Bulldogs’ best chance of the first half came after a cross on the near side by senior forward Paige Monaghan. Freshman midfielder Amanda Rapaduski found the ball for a header shot that sailed high over the left corner to keep the match scoreless.

The scoreless first half marked the first time that Butler has not had a halftime lead when playing at home this season.

“We talked about at halftime just the amount of space that we have and we needed to expose at a more regular rate than we did in the first half,” co-head coach Tari St. John said. “But we did a really good job of keeping it and sustaining possession in our offensive end.”

The Bulldogs busted out of the gate in the second half with a high pressure sequence that was capped off by the Toth goal. After some commotion from inside the box, the Bulldogs scored on a ball that was deflected into the bottom right corner. The shot bounced off the post and was tucked in net to give Butler a 1-0 lead.

“Those kind of goals will come from just keeping a team under pressure,” St. John said. “Honestly to beat that goalkeeper today we needed something that was a little bit scrappy and maybe not from someone that is a a regular goal scorer.”

Providence, in search of the late-game equalizer, became increasingly aggressive in the second half and was awarded a pair of yellow cards. The Bulldogs defense thwarted off the late surge from the Friars to seal a 1-0  victory at the Bud and Jackie Sellick Bowl.

“When you’re up 1-0, the last few minutes or so are going to be extremely direct and the game kinda tightens because obviously it’s only a one goal differential,” St. John said. “The leadership we have on the back end with Annika Schmidt and Julia Leonard, we just trust them and I couldn’t be more proud.”

With the win, the Bulldogs remain undefeated in the Big East conference and are tied for the top spot with No. 7 Georgetown. Butler will continue their 2018 campaign with a road trip to Xavier on Oct. 4th.