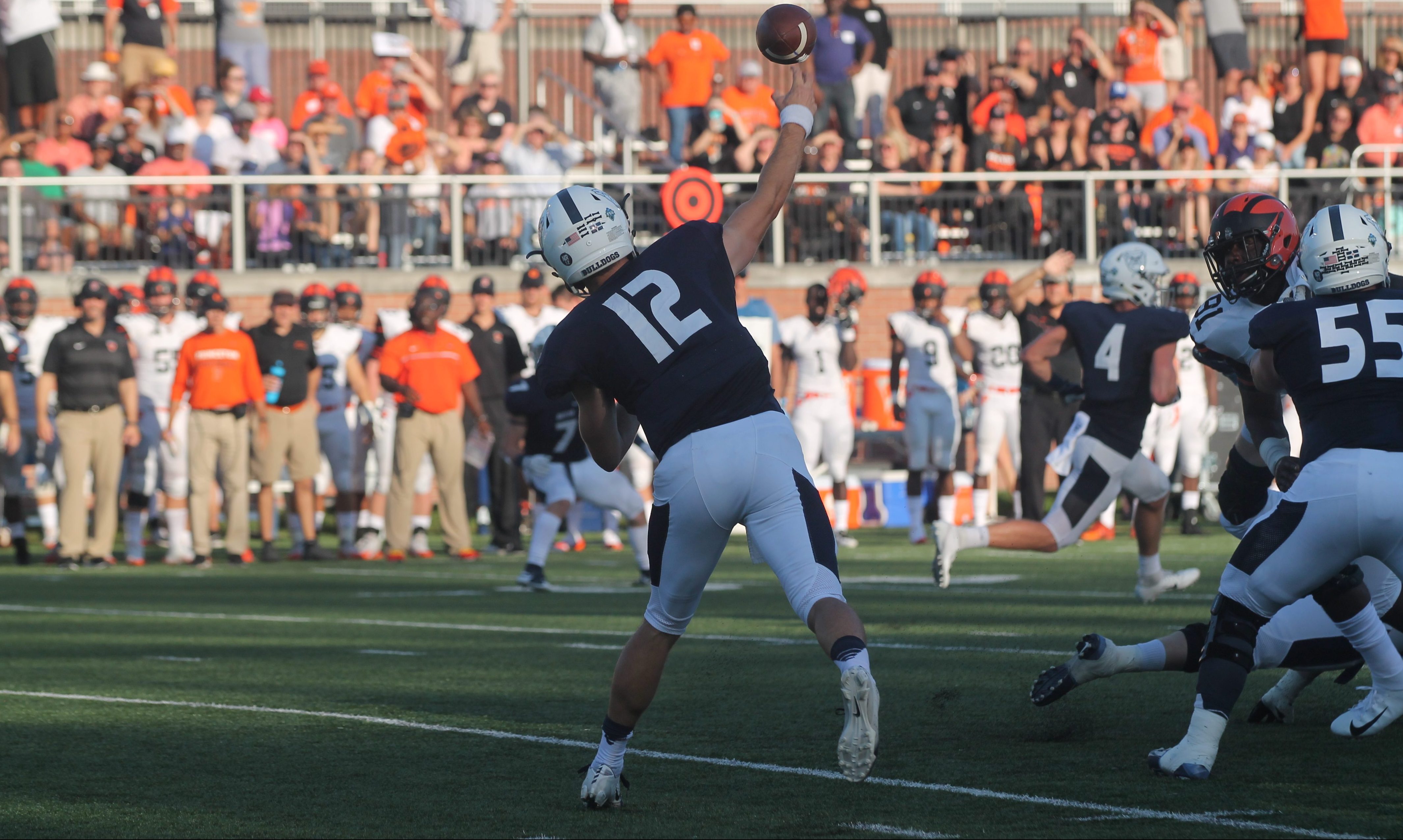 Quarterback Will Marty throws downfield during a game this season. Marty threw for 134 yards in Butler’s 24-21 win over Morehead State on Sept. 29. Jimmy Lafakis/Collegian file photo.

The Butler University football team beat Morehead State University at home by a score of 24-21 on Sept. 29.

Four of the first five drives of the game ended in touchdowns.

Junior receiver Stephen Dennis took an 11-yard touchdown catch to the house for Butler after senior quarterback Will Marty narrowly avoided a sack to cap off the first drive of the game.

A Morehead State touchdown was followed by a Marty interception.

Morehead State took advantage of the relatively short field, adding another seven to the board.

Junior running back Brad Sznajder took over the ensuing possession, getting carries on all seven carries of the drive, rushing for a total of 51 yards in the possession. Sznajder took a nine-yard carry into the end zone to tie the game at 14.

The teams traded punts before Morehead State took possession for the final time in the half.

The drive lasted 13 plays, but the Eagles came up with nothing to show for it.

The Bulldogs forced four punts in the third quarter.

Butler senior receiver Pace Temple converted the only score of the quarter, on a 17-yard catch from Marty that he wrestled away from a defender in the end zone.

After a Drew Bevelhimer field goal early in the fourth, the Bulldogs saw themselves up ten.

Morehead State turned an 11-play drive into a touchdown and pulled within three points with just below eight minutes remaining.

A short Butler drive ending in a punt gave them the ball back with over five minutes to go.

Morehead State drove into Butler territory but couldn’t move further once they got there.

The Bulldogs’ defense put constant pressure on the quarterback, derailing the Eagles’ drive.

Morehead State came into the drive 10 of 15 on third down conversions, but Butler was able to make key stops on third and fourth down to regain possession.

Butler went three-and-out to give the ball back to Morehead State with 19 seconds to go.

The Eagles moved into Butler territory once again but two shots at the endzone resulted in incompletions as time expired.

“It’s crucial,” Voris said. “We talk every week about being 1-0 every week, but we got off to a good start against a really good team. You’ve got to win your home games in the league. You have to take care of your home field, so it was crucial. It took 60 minutes and it took all three phases and a bunch of people contributing to get it done.”