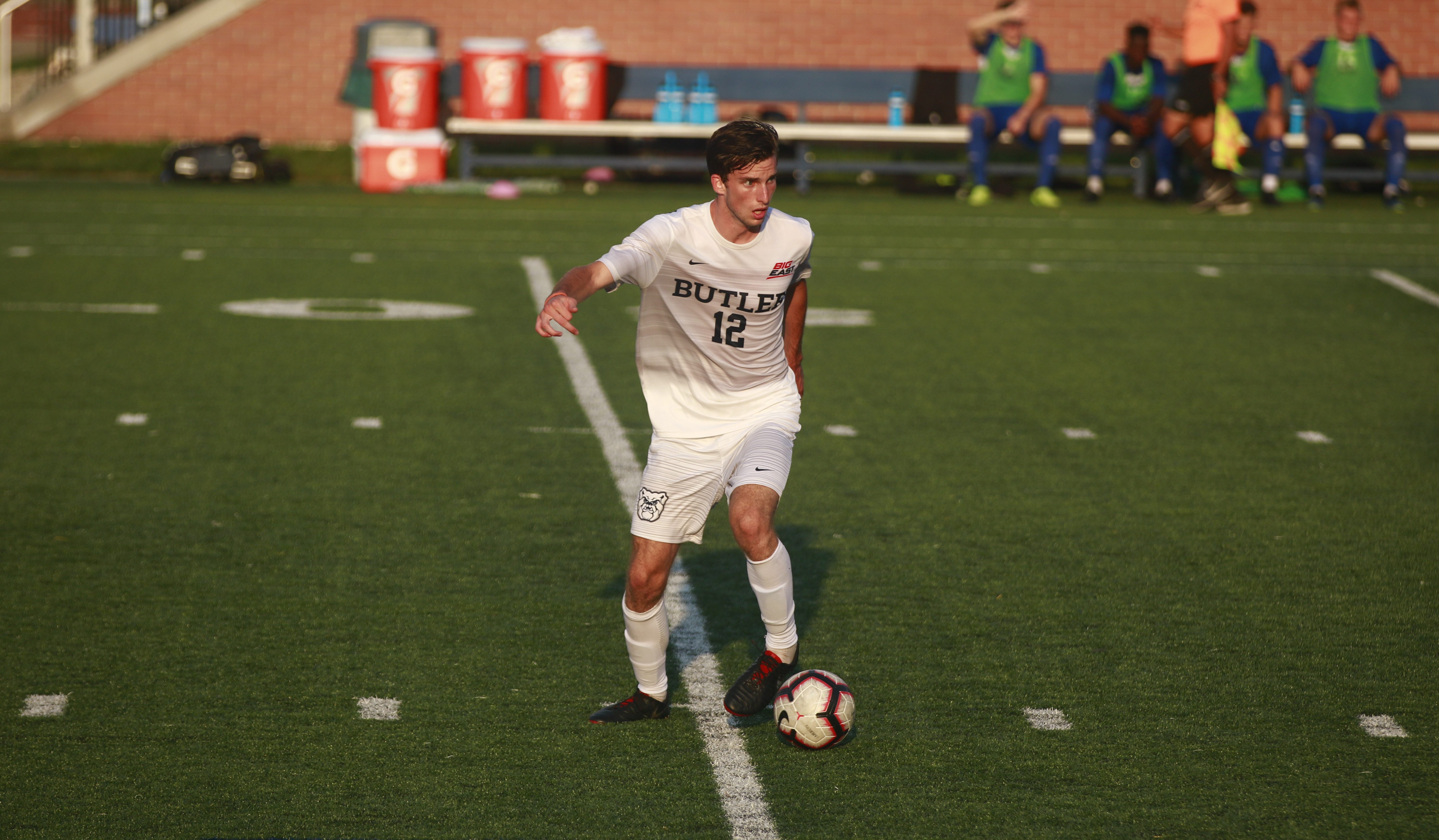 Griffin DeBolt looks for an open pass during a game this season. The Butler men’s soccer team will continue conference play on Sept. 22 against Providence.

The Butler men’s soccer team lost their third straight match on Sept. 15, falling to the Creighton Bluejays by a score of 3-0 in Omaha. The loss moves the Bulldogs to 1-4-1 on the season and 0-1 in conference play.

Despite the Bluejays having 10 shots in the first half, the first 45 minutes saw no scoring from either team.

Scoring came in bunches for Creighton right out of the gates in the second half. Goals in the 48th and 51st minutes buried the Bulldogs and another was tacked on in the 74th minute. Creighton’s Sven Koenig was credited with two of the three goals.

Butler continued to struggle on the offensive half of the field, failing to score for the second straight contest. During this three game slide, the Bulldogs have been outscored 6-1, and the team has been outscored by 10-6 margin so far this season.

The Bulldogs continue conference play on Sept. 22 when they welcome the Providence Friars to the Bud and Jackie Sellick Bowl. Kickoff is set for 7 p.m. and the game will be streamed live on the Big East Digital Network.