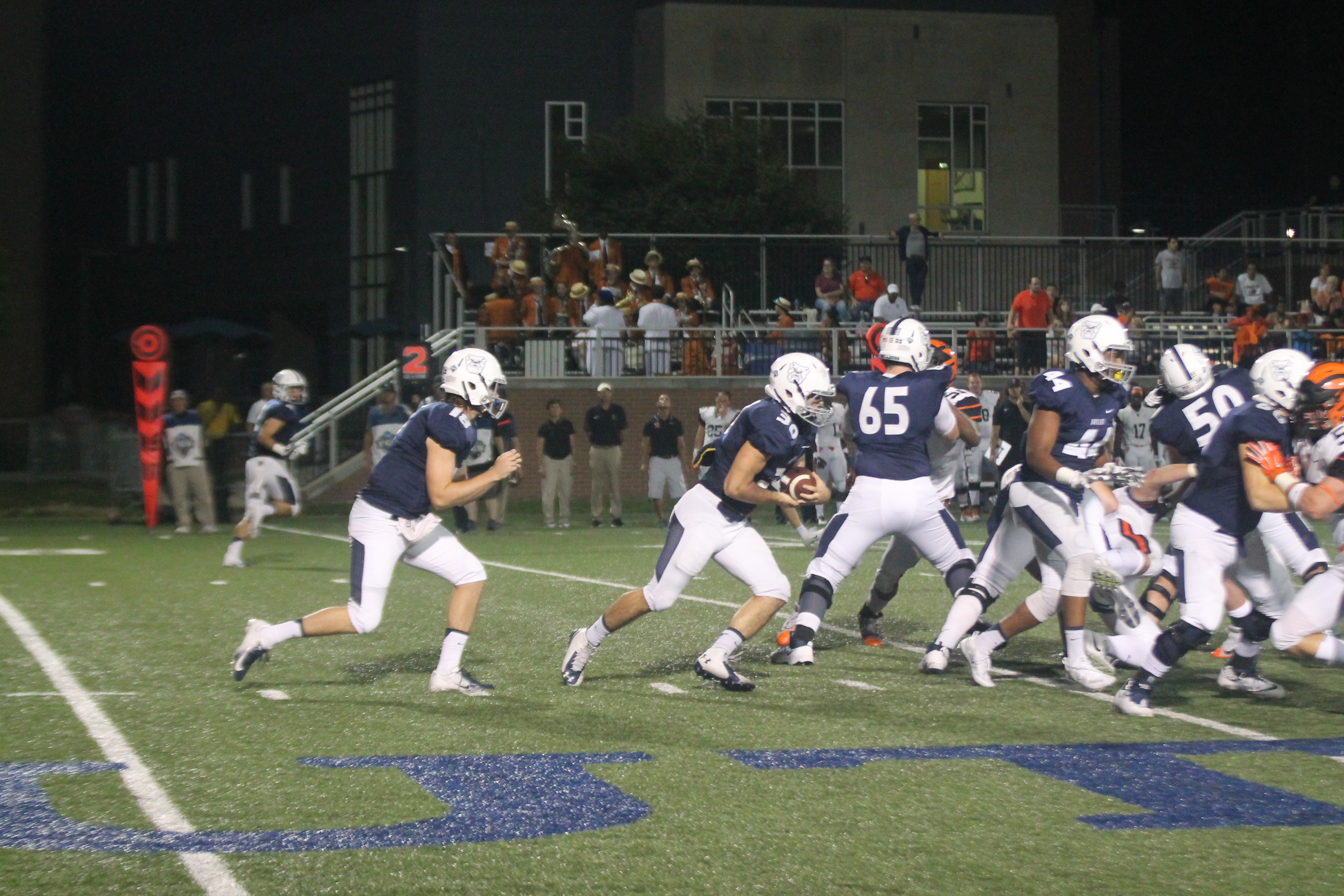 Brian Ranallo looks for a hole to run through. Ranallo carried the ball two times for 11 yards against Princeton. Photo by Jimmy Lafakis.

The Butler University football team lost their first game of the season on Sept. 15 to Princeton by a score of 50-7.

Head Coach Jeff Voris said that the team didn’t execute as well as they have in other games this year.

It was Princeton’s first game of the year, but they were seemingly in midseason form from the opening kickoff.

Princeton took their second offensive play of the game to the house on a 63-yard run and things only got worse from there for Butler in the first half.

After a 29-yard pass from senior quarterback Will Marty to senior running back Anthony Scaccia on Butler’s own first offensive play, the Bulldogs found themselves in Princeton territory for the first time in the game.

Butler couldn’t advance the ball any further and was forced to punt. The Bulldogs moved past midfield three times in the opening quarter but came away with nothing to show for it each time.

A Marty fumble and another punt at Princeton’s 42-yard line represented missed opportunities for Butler in the quarter.

The Tigers scored on three of their four possessions, with two touchdowns and one field goal, bringing the score to 17-0 at the end of one.

The second didn’t start any better for Butler, surrendering a touchdown on the seventh play of the quarter.

Butler scored their only points of the contest on their ensuing possession on a 10-yard completion from Marty to senior receiver Pace Temple resulting in a touchdown.

The score brought the Bulldogs to within 17, giving them a brief moment of hope.

The moment wouldn’t last long, as a Butler fumble sandwiched between two Princeton touchdowns would balloon the Tigers’ lead to 37-7.

Ugo Udeogu managed to block the extra point on the latter touchdown to keep the Bulldogs within 30.

The Tigers scored once again inside the two-minute warning of the first half, rendering a halftime score of 44-7.

Each team possessed the ball only twice in the third quarter.

Butler passed midfield once again but was forced to punt on both of their possessions in the quarter.

Even up by 37 points, Princeton attempted to convert a fourth down and short, but the Bulldogs forced a turnover on downs.

Voris didn’t have a problem with the Tigers’ aggressive play-calling with a big lead.

Princeton kicked a field goal early in the fourth quarter, bringing their lead to 47-7.

Upon getting the ball back, a 12-play Tiger drive ending in a field goal drained most of the remainder of the clock.

Butler has a bye week before hosting Morehead State for homecoming on Sept. 29.  It will also be their first conference game of the year.

“We can’t count the days, we’ve got to make the days count,” Voris said. “We’ve got 14 days to be a better version of ourselves and this group has shown that they’re willing to do it.”