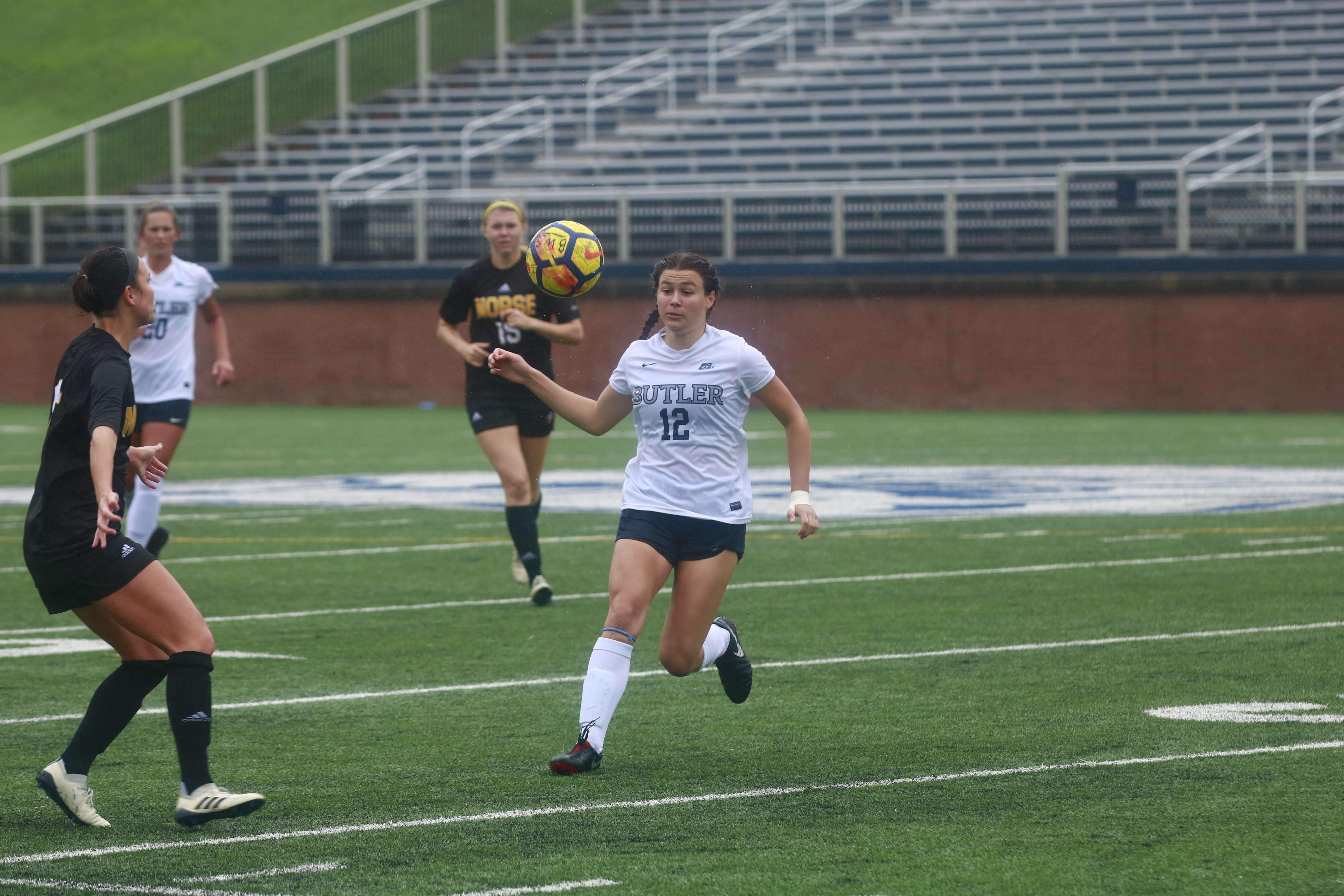 The Butler women’s soccer team continued their recent skid with a 6-1 loss to TCU on Sept. 16th. The Horned Frogs used a five-goal performance in the second half to move the Bulldogs to 6-3-0 on the season.

TCU struck first on a 21st-minute goal from midfielder Kayla Hill, who went on to record a hat trick for the Horned Frogs. The shot came from 25 yards out to give TCU a 1-0 lead at halftime.

The Horned Frogs blew the game open with four consecutive goals in the second half.

In the 55th minute, TCU scored a pair of goals 31 seconds apart on shots from Hill and forward Maddy Warren. The Horned Frogs followed that up with two more goals that were 11 seconds apart in the 58th minute.

Redshirt junior defender Annika Schmidt put Butler on the board with a penalty kick in the 61st minute. Her first goal of the season trimmed the TCU lead to 5-1. TCU followed up the Butler goal with a penalty kick of their own to seal a 6-1 win over the Bulldogs.

The six goals by the Horned Frogs were the most by a Butler opponent this season and the most given up by the Bulldogs since 2011. Butler will open Big East conference play in their next matchup with a trip to Marquette on Sept. 23.