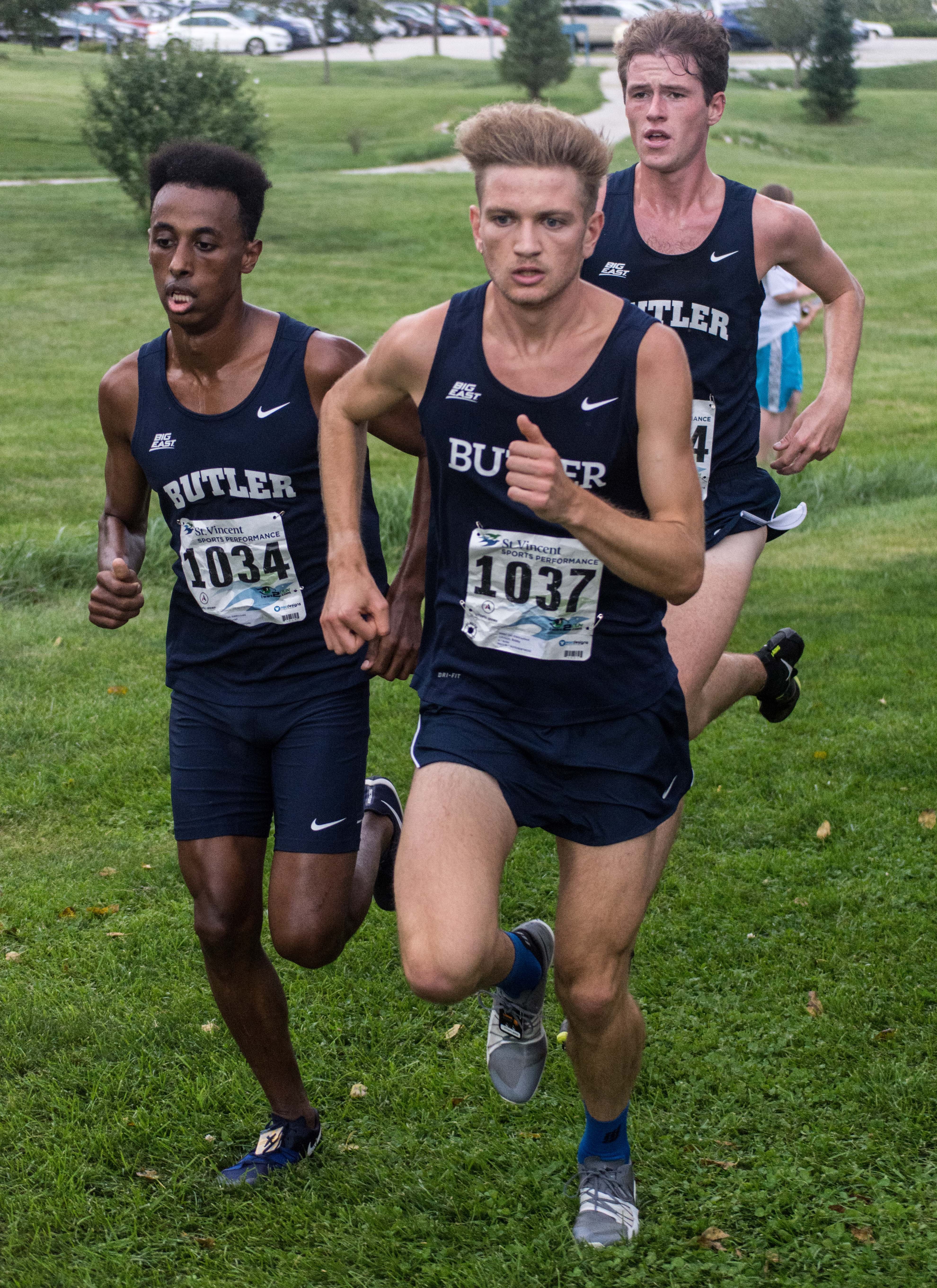 From left to right: Daniel Garcia, Bobby Johnson, and Barry Keane. The trio took the top three spots at the Butler Twilight, their first meet of the season. Photo courtesy of Peter Larson.

The Butler men’s cross country team kicked off their 2018 campaign by taking the team title at the Butler Twilight. Northview Church in Carmel, Indiana, was the venue of the event. This is where the 2018 Big East Championship will take place in October.

Three Bulldogs came across the finish line in consecutive order: Daniel Garcia, Barry Keane and Bobby Johnson. Garcia won the race with a time of 18:55.3. His teammates finished one-tenth of a second behind. This was Garcia’s first cross country competition as a Bulldog.

Eric Baugh placed sixth and freshman Trey Harris finished 12th, which gave the Bulldogs a team total of 21. Since the Bulldogs took five of the top 12 spots, they prevailed over second-place IUPUI (68) and third-place University of Indianapolis (70).

The Bulldogs will appear next at Indiana State-hosted John McNichols Invitational on Sept. 15.