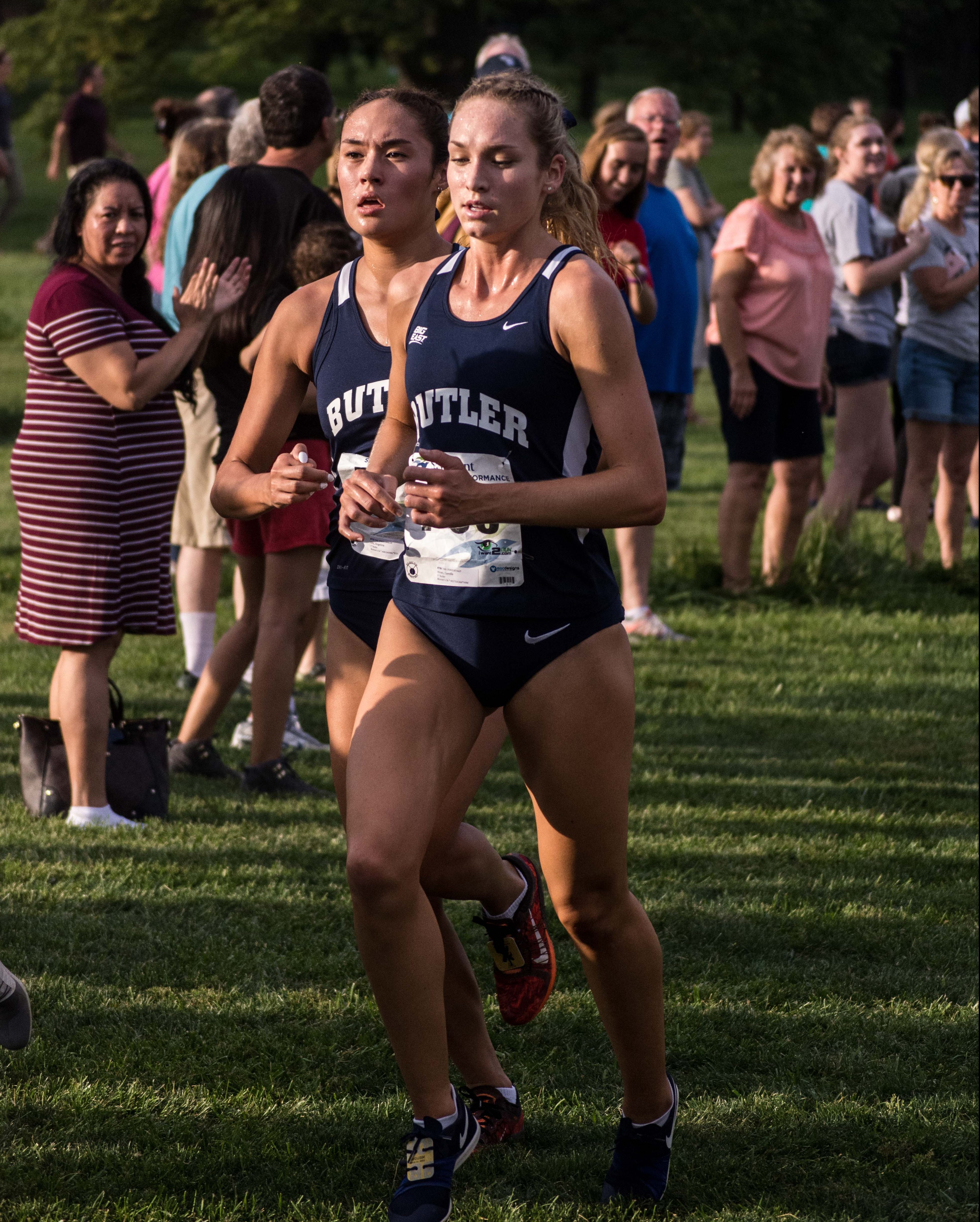 The Butler women’s cross country team in action at the Butler Twilight. Camille Hines led the team with a third-place finish.

Butler women’s cross country team started their season with a win in the Butler Twilight in Carmel, Indiana, against seven teams. It was their third straight victory in the event.

Emma Rafuse of Purdue Fort Wayne posted a time of 17:17.8 to win the race, followed by University of Indianapolis’ Lauren Bailey in second and Butler’s Camille Hines in third. Bulldogs Josephine Thestrup,  Maddie McLain and Angelina Ellis finished fourth, fifth and sixth, with times of 18:20.7, 18:23.2 and 18:32.4, respectively.

Butler’s combined score of 27 bested second-place IUPUI by 44 and Ball State by 57. The Bulldogs’ next race is the John McNichols Invitational on Sept. 15 in Terre Haute, Indiana.