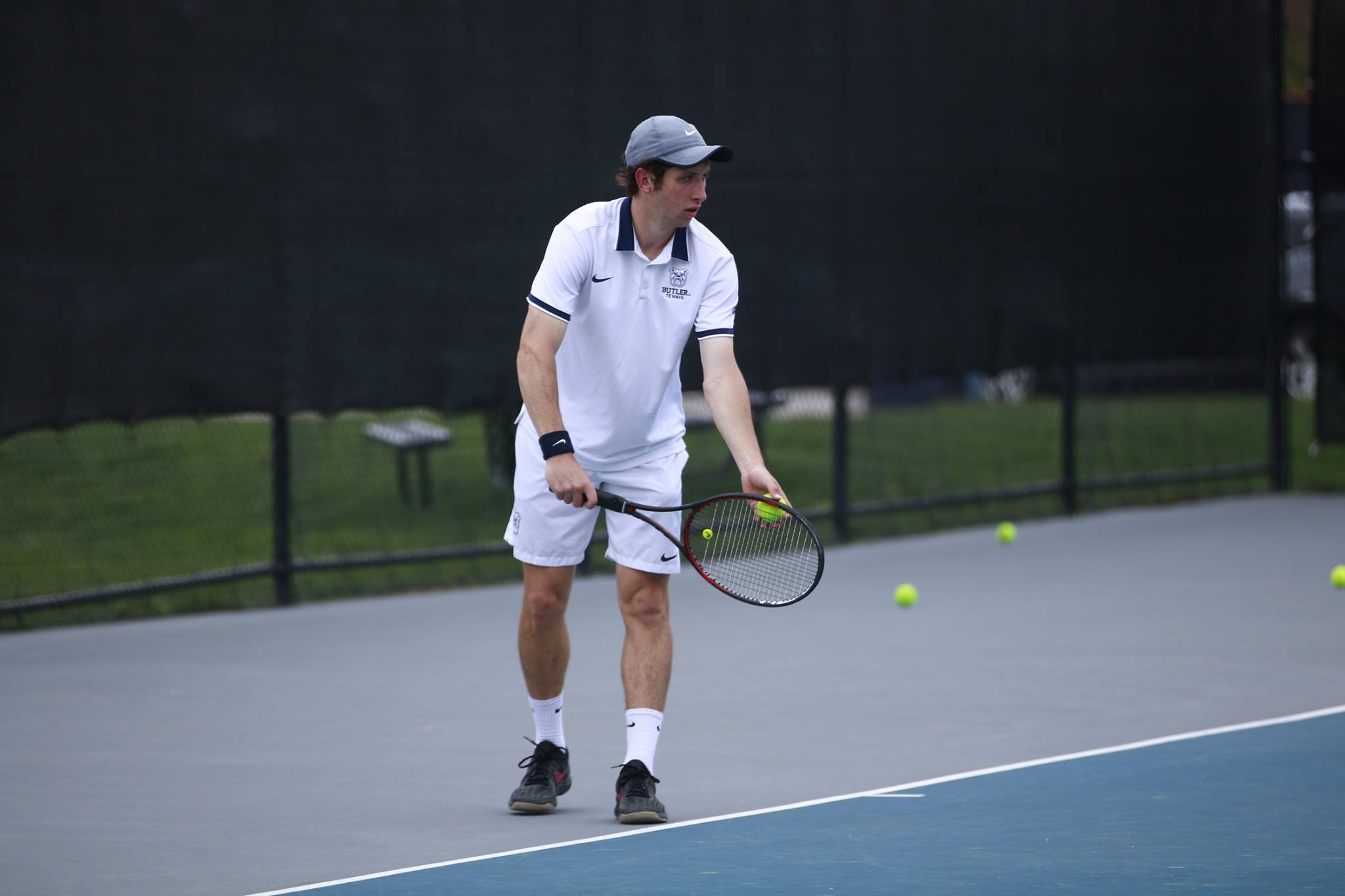 Michael Dickson gets ready to serve. The team is scheduled to play in the Big East Tournament on April 28, but whether or not their head coach will be present is unclear. Jimmy Lafakis/Collegian file photo.

Butler University men’s tennis head coach, Parker Ross, has been suspended indefinitely. The reason and duration of the suspension are currently unknown.

“We haven’t heard anything back from the NCAA,” assistant coach Sam Miles said after the team’s last match on April 21. “So as of right now, he’s still suspended indefinitely.”

The Collegian reached out to the NCAA and did not receive a response at the time of publication. Ross declined to comment.

“I am uncomfortable discussing the details of my suspension,” Ross stated in an email to The Collegian on April 23. “I do not know how long it will last or what the ruling will be.”

When contacted by the Collegian, Butler Athletics said they do not comment on personnel matters.

Members of the team also declined interviews, citing both the limited information they were given and the desire to focus on the upcoming Big East Tournament on April 28. It is unknown whether Ross will return by then.