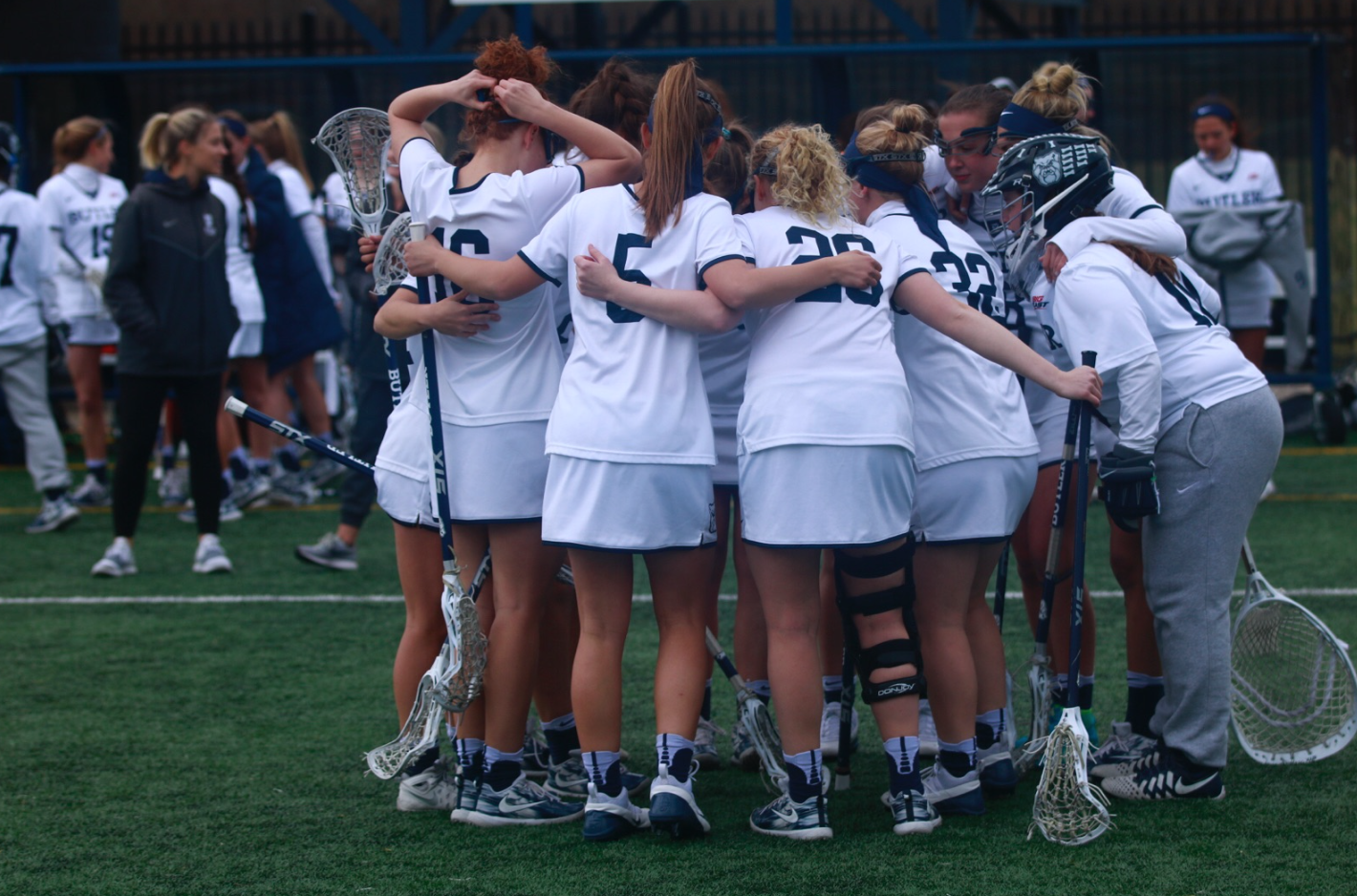 The Butler lacrosse team gathers for a pregame meeting. The Bulldogs are 1-7 on the season after defeating Howard University on March 15. Jimmy Lafakis/Collegian file photo.

The Butler University women’s lacrosse team earned their first win of the season on March 15. Butler toppled Howard University 16-7 in the matinee.

The Bulldogs are now 1-7 on the season after beating the Bison. Redshirt junior midfielder Haley Hallenbeck and freshman attacker Ashley Guerra scored four goals apiece for the Bulldogs, outscoring all of Howard’s players.

“Today was a great team win,” Hallenbeck said. “We executed on offense, with goals coming from a variety of players.”

“Our goalies came up with great saves,” Hallenbeck said. “Our defenders caused awesome turnovers, which helped us maintain possession.”

“It’s nice to get a win,” Latsko said. “Hopefully, we can get some in the Big East too.”

Butler will kick off Big East play on March 25 against UConn. The match is slated to begin at noon at Varsity Field.