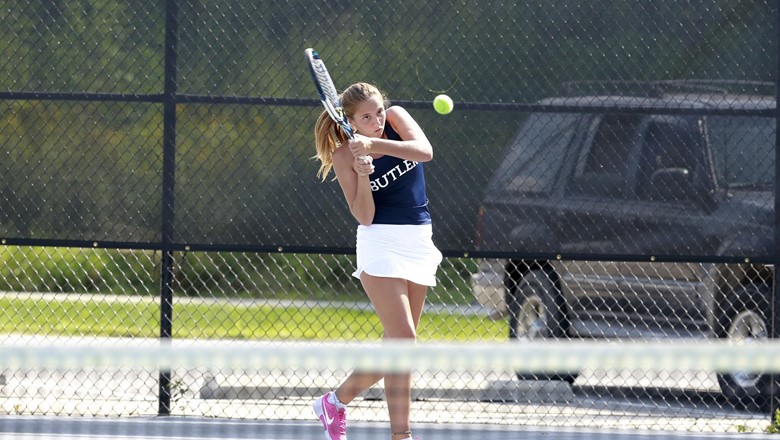 The Butler University women’s tennis team suffered two losses and picked up a win in Florida this week.

In their first match, the Bulldogs were defeated by Georgia Southern 6-1.

Emily Neal defeated Lindsay Truscott at No. 3 singles to give the Bulldogs their only point of the match.

The Bulldogs won their second match, topping the  University of Texas at Tyler 7-0.

Butler gained an early lead by winning all three doubles matches. The Dawgs finished the match by sweeping singles play.

The Golden Eagles of Southern Mississippi defeated the Bulldogs in the final match 6-1.

Butler was down early after Southern Mississippi took the point in doubles play.

Neal won her match at No. 3 singles to give the Bulldogs their only point of the match.

Butler returns to play against Southern Indiana at home this Saturday. They are 7-13 on the season.