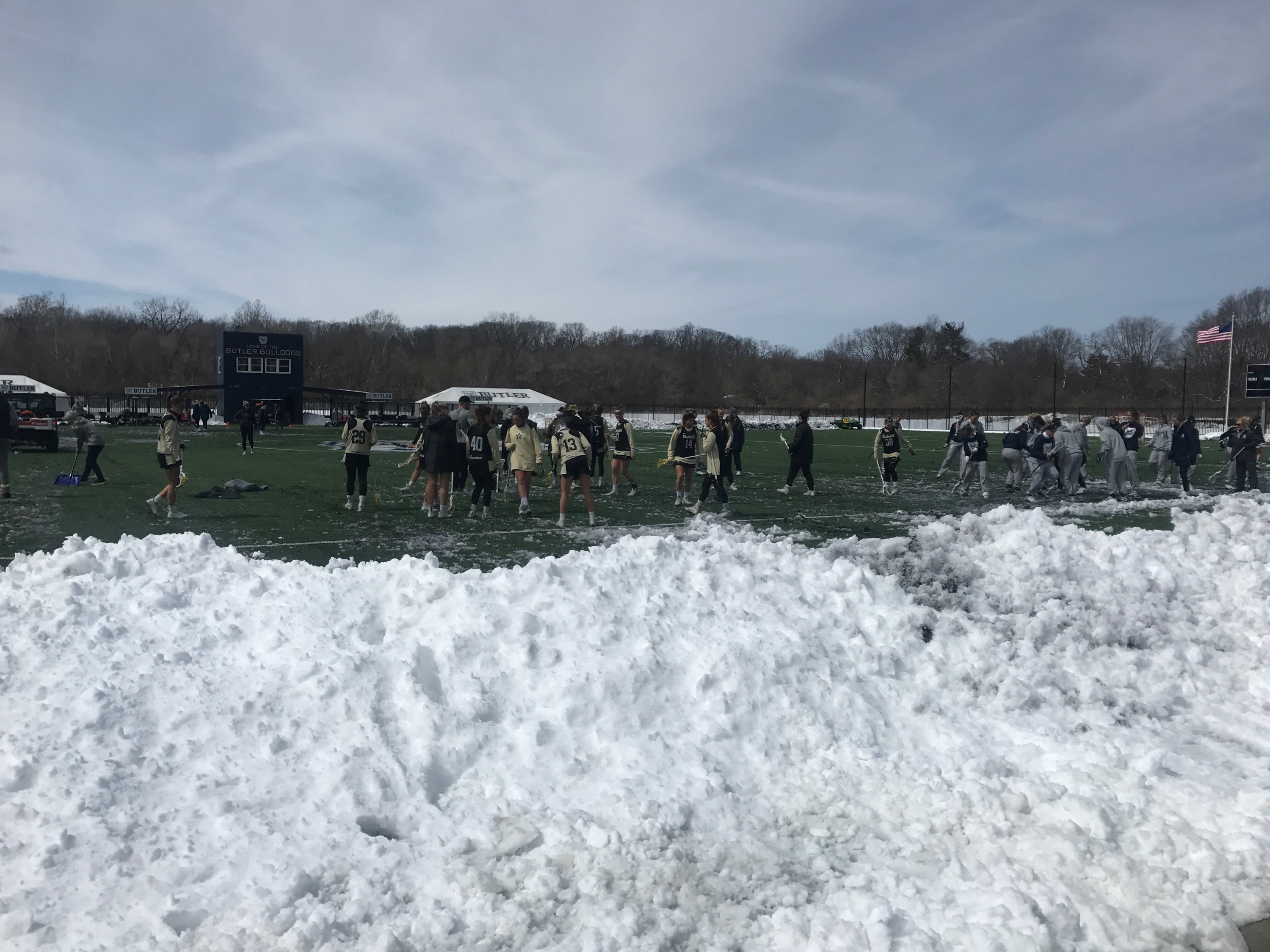 Vanderbilt and Butler players work together to clear the snow off Varsity Field on March 25. The game was delayed by over three hours due to a 10-inch snowfall in Indianapolis the day before. Photo by Jimmy Lafakis.

The match was slated to start at noon, but was delayed over three hours due to nearly 10 inches of snow on Varsity Field. Vanderbilt and Butler players along with staff and parents helped clear the AstroTurf surface.

Underway here at Varsity Field, here are your starters for the day. #GoDawgs pic.twitter.com/t9frGgvxGG

Butler trailed 10-2 at the intermission. The Bulldogs picked up the intensity in the second half, scoring six goals.

Sophomore midfielder Christina Soderquist scored half of Butler’s goals. She now has 14 goals on the season.

“Once we were able to take the game into our hands and set the tempo, we were able to begin to score,” Soderquist said. “During half, we all agreed to reset and come out strong in the second half, which is what we did.”

Four different Bulldogs found the back of the net. Freshman attacker Morgan Paige added two goals of her own.

“A lot of people stepped up today and it may not have resulted in a win,” Soderquist said. “But we did a lot of good things today.”

“In the second half our team rose to the occasion and played as one unit,” Hallenbeck said. “We were fighting for ground balls, getting great stops on defense, and attacking different angles on drives.”

Final. The Bulldogs next game will be on March 31st at Denver. pic.twitter.com/Mo4spBLGeG

The Bulldogs will travel to Denver University for their next match. The Big East tilt will start at 3 p.m. on March 31.