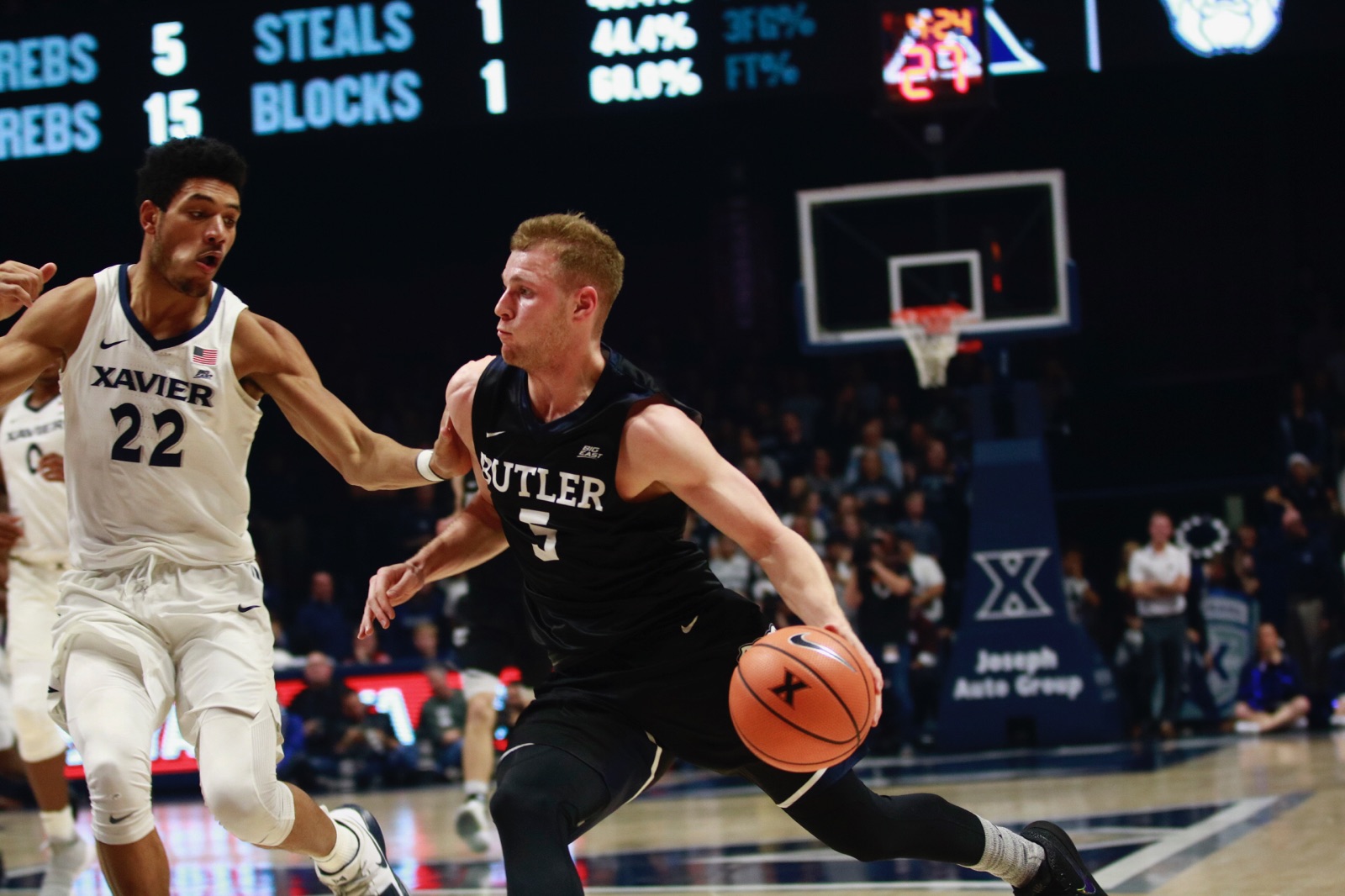 The Butler men’s basketball team fell at the Cintas Center to Xavier, dropping to 2-1 in Big East play. The Musketeers are a great team and came ready to play, so there’s absolutely no shame in a seven-point loss. That being said, there is plenty of room for improvement. Here are three takeaways.

1. The Bulldogs need to tighten things back up on the defensive end.

Xavier had its way offensively in the first half, scoring 44 points and grabbing eight offensive rebounds. Both JP Macura (15) and Trevon Bluiett (10) were in double figures in the first 20 minutes. A 44-point half isn’t the end of the world and Xavier was making shots, but there could have been much tougher resistance from Butler’s defense. The Musketeers also recorded more than three assists for every turnover they had in the game.

Winning any road game starts with playing good defense. In the Bulldogs’ last two games, they’ve given up 179 points. There were miscommunications and late switches in this game that haven’t been much of an issue until recently. While the offense has looked much better, the defense has regressed. If Butler is going to be competitive in every conference game, they need to get back to playing defense the way they were before Big East play started.

Aside from defense, taking care of the basketball is the other key to winning on the road. Butler only turned the ball over twice in the first half of this game, which is a great sign. They had two more turnovers early in the second half and then only coughed it up one more time the rest of the game.

Since conference play started, the Bulldogs are averaging a very respectable 10 turnovers per game. For a team that struggles at times offensively, the extra possessions gained from cutting down turnovers can be the difference between winning and losing games.

3. Butler’s performance in big games will be determined in large part by Paul Jorgensen.

Jorgensen missed his first three shots and never found a rhythm in this game. He finished with 10 points on 36 percent shooting and failed to make a real impact. After a 4-7 performance from three in the win over Villanova, Jorgensen connected on two of his six 3-pointers against Xavier.

The Bulldogs obviously missed having Jorgensen as a third scoring option behind Kelan Martin and Kamar Baldwin, but also feed off of his energy when he’s making shots. There is no doubt that the redshirt junior is the emotional leader of this team. Jorgensen is going to be aggressive and take questionable shots, whether they go in or not. For Butler to beat elite teams like Xavier and Villanova, Jorgensen’s impact needs to be felt in a big way.