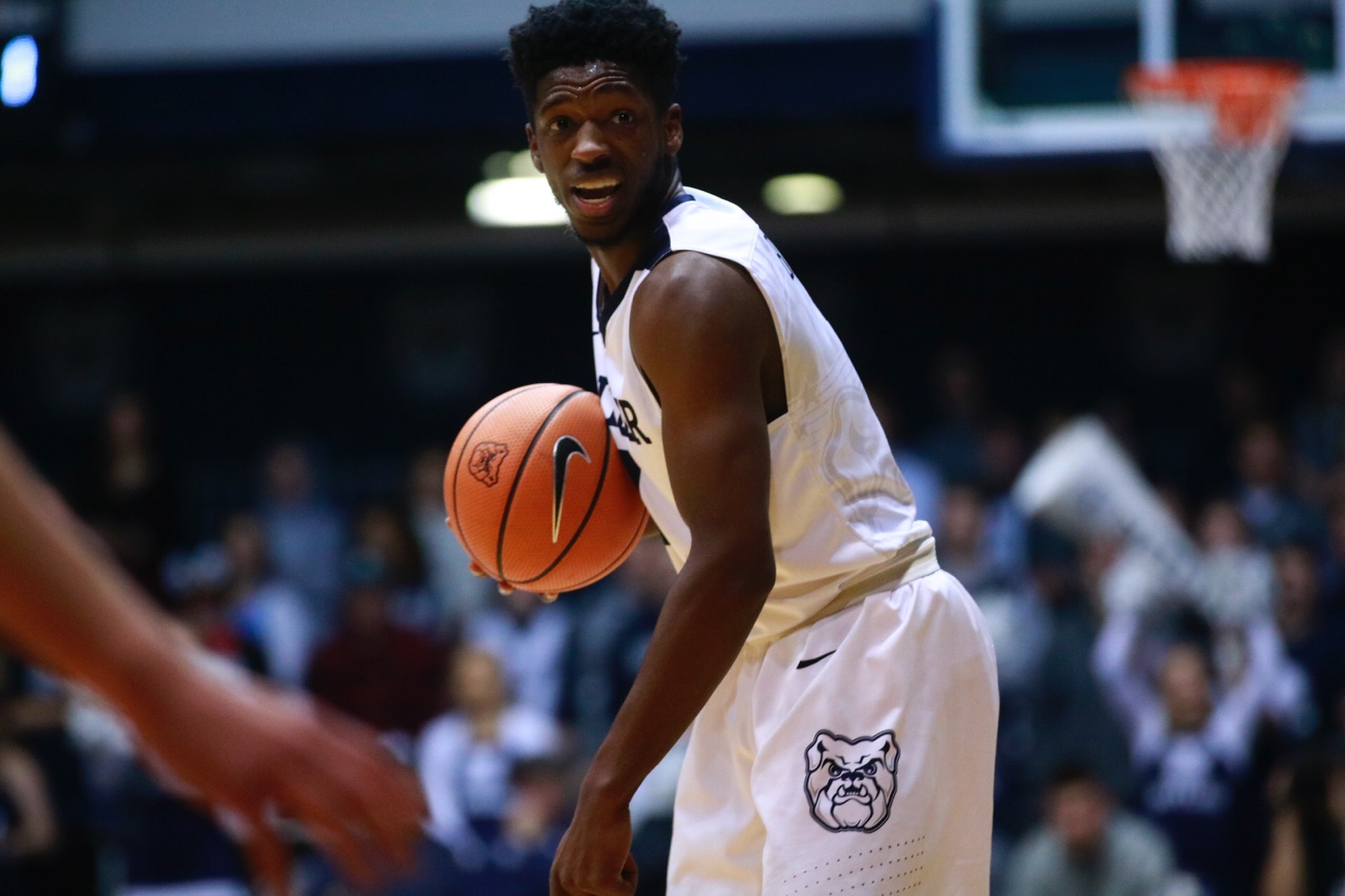 The Butler men’s basketball team snapped a three-game skid by defeating Marquette at home. With the pressure mounting, Butler showed from the opening tip that they were ready for the challenge. Kelan Martin followed up his worst game of the season with a career-high 37 points on only 18 shots and a perfect nine-for-nine from the free throw line. Here are three takeaways.

1. Martin stole the show, but Kamar Baldwin was every bit as good.

Even though he’s only a sophomore, Baldwin’s list of memorable performances is already quite long. A case can be made that the first half of this game was the best half he’s played as a Bulldog. To start, Baldwin held the Big East’s leading scorer, Markus Howard, scoreless in the first half and limited him to 14 points for the game. By the time Howard got on the board, Baldwin had contributed 13 points on the offensive end. The first 20 minutes were completely controlled by Baldwin on both ends of the floor.

Baldwin’s 19 points on 64 percent shooting, four assists, five rebounds, and two steals don’t do justice to how well he played. Howard did get going in the second half, but he’s too good of a player to shut down for 40 minutes. Baldwin still managed to hold Howard without a single made 3-pointer, an impressive feat in itself. The more games he plays in LaVall’s Jordan’s system, the more comfortable he looks running the offense.

2. Butler dominated inside the way they needed to and did just enough beyond the arc.

When a team’s starting backcourt averages just under 45 points per game like Marquette’s does, there is usually an opportunity to control the paint, which is exactly what the Bulldogs did. Butler held a 32-14 edge in points in the paint at halftime, thanks in part to Tyler Wideman. After failing to score more than six points in any of his last four games, Wideman needed less than eight minutes to reach that mark in this game and finished with 16, his highest total in over a month.

While the Bulldogs finished with a 60-28 advantage in paint points, they were outscored by 12 at the 3-point line. Marquette entered the game shooting 41 percent from deep as a team, so it’s not surprising the Golden Eagles took 22 threes and made 45 percent of them. Without Martin’s four-for-six effort from deep, Butler was two-for-11. It’s never good to lose the 3-point line, but Butler’s perimeter defense and interior offense were good enough to prevent it from being a major issue.

3. This was an excellent start to a crucial stretch of games.

Give Butler credit for a great response when Marquette rallied to take a 67-60 lead. It looked for a minute that the Bulldogs were on the verge of letting another home game slip away, but that worry quickly disappeared. Butler was the better basketball team in this game and deserved to win. It’s nearly impossible to hold Marquette’s offense in check the entire game, so a run was going to happen at some point. The Bulldogs didn’t panic and took the lead right back.

Had Butler dropped a fourth straight game, things would’ve gotten really stressful. Defending home court is crucial, especially in a conference as loaded as the Big East. Butler needs to continue their solid play and start stringing together wins now that their schedule has lightened up a bit. They probably can’t secure their spot in the NCAA tournament in these next five games, but they can come pretty close to losing it. This game was a great starting point that needs to be a building block for more victories before the Xavier and Villanova games.