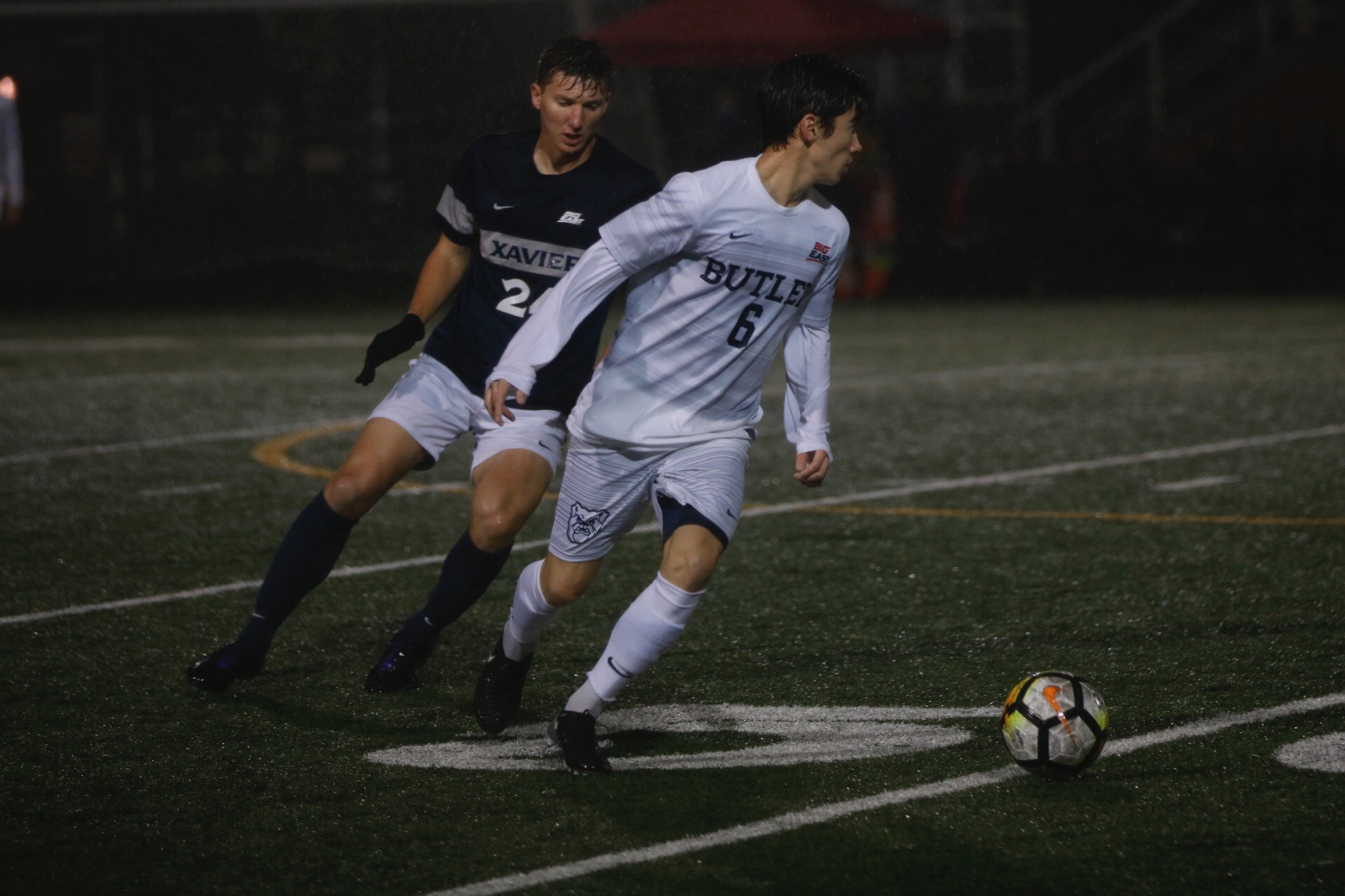 The No. 15 Butler men’s soccer team was eliminated by Xavier University in the semifinals of the Big East tournament. Xavier advanced on penalty kicks after two overtimes, 4-1.

“It was a great game,” redshirt senior goalie Eric Dick said. “It didn’t go the way we wanted early on, but I mean, credit to every single player that went on the field. We fought back and unfortunately, you know, you never like ending a game in [penalty kicks], but that’s soccer.”

The Musketeers put the Bulldogs under pressure from the opening kickoff. Xavier recorded the first six shots of the game and held Butler without a shot until the 30th minute.

“We were bad in the first half,” head coach Paul Snape said. “Xavier was going through us and we were just giving it back. We had nothing.”

Dick made four saves in the first half to keep the game scoreless through 45 minutes.

Cory Brown opened the scoring in the 73rd minute off of a corner kick to give Xavier the lead.

The Bulldogs answered in the 79th minute to make it 2-1 when junior defender Kieran Geldenhuys got on the end of sophomore midfielder Isaac Galliford’s cross.

GOAL! Bulldogs fight back to come within one of the Musketeers pic.twitter.com/QrUh7eRXyL

“I thought we did a good job,” Snape said. “They go two up and we just changed, went in a more aggressive shape and the boys just woke up and played some great soccer.”

Xavier almost got a third goal in the final five minutes of regulation, but Dick’s back-to-back saves kept the game tied.

In the first minute of the first overtime, Xavier was awarded a penalty kick. Dick came up big once again, denying Vasquenza and keeping the Bulldogs alive.

ERIC DICK! A huge save for the Bulldogs in overtime pic.twitter.com/NshUtspKJC

Both teams had chances to win in overtime, but neither team could convert, sending the game to penalty kicks.

Butler missed its first two penalties, putting the Bulldogs in a 2-0 hole. Xavier converted all four, sending them to the Big East tournament championship.

The team will now wait to see if they receive an at-large bid to the NCAA tournament when the bracket is revealed on Monday, Nov. 13.