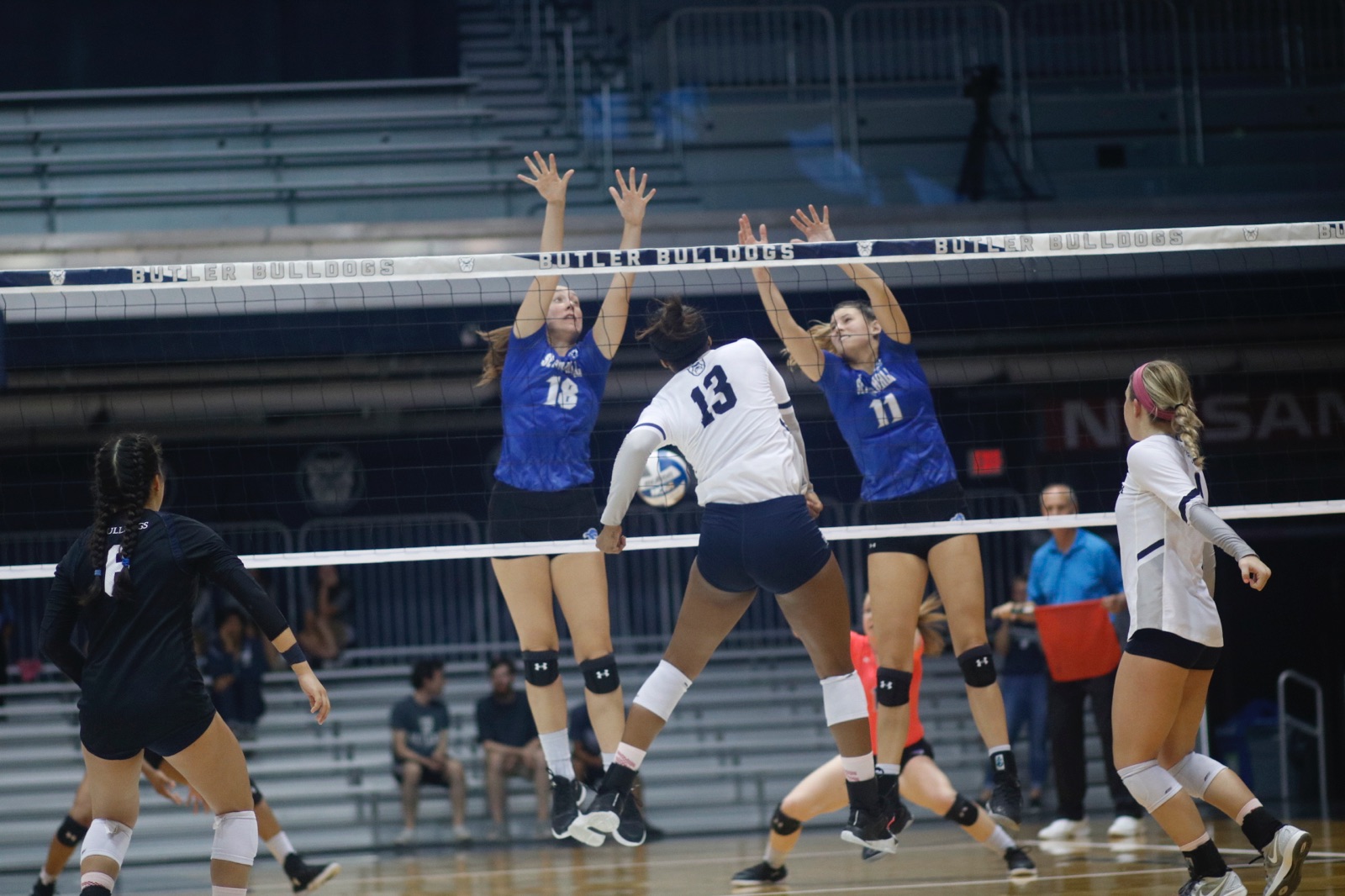 “We served really well and kept them out of system,” Beck said. “That gave us a lot of opportunities offensively.”

Senior setter Makayla Ferguson added a team-high 38 assists in the 25-18, 25-18, 25-22 sweep. Ferguson said the victory gave the Bulldogs a great amount of energy.

“Our hitters converted at an extremely high rate,” Ferguson said. “Their defense had such a hard time defending them. We blocked extremely well, and our flow as a team is going really well.”

Junior outside hitter Anna Logan made a big impact, posting 11 kills and 16 digs.

“We just came out and really out-hustled them,” Logan said. “It was a huge team win. “We had them out of system, and that allowed us to run our offense at our tempo and pace.”

The Bulldogs will start a five-match homestand when they face Villanova University on Oct. 27 at Hinkle Fieldhouse. First serve is scheduled for 6 p.m.