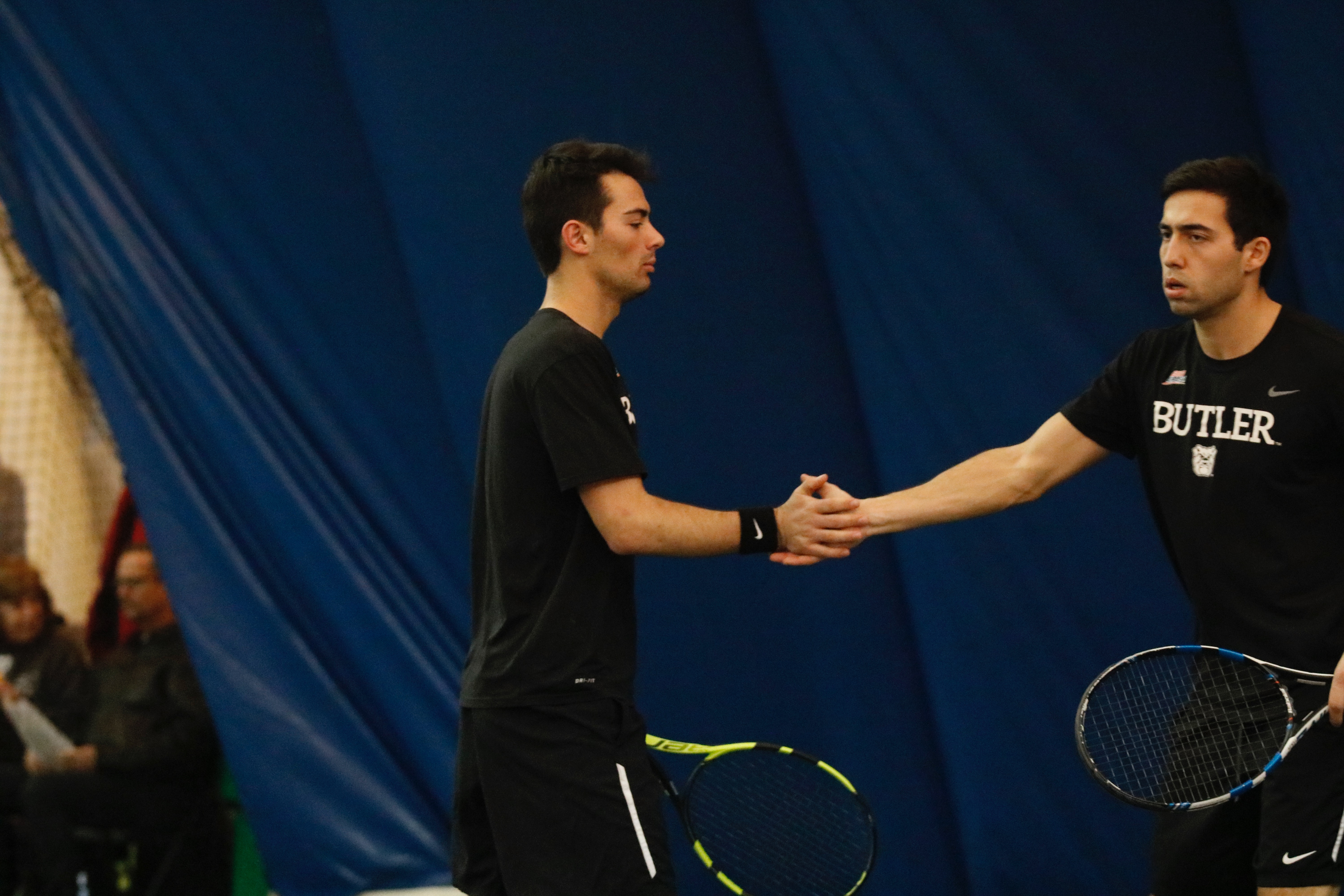 The Butler University men’s tennis team suffered a shutout loss against the University of Iowa April 16 at home.

Sophomores Aviv Ben Shabat, Mason Dragos and Adrian Mag had two-set losses in the No.1, No. 2 and No. 6 slots, respectively.

Senior Mikheil Khmiadashvili played at the No. 3 slot and took his match to three sets, but fell in the third.

Sophomores Spencer Lang and Ari Gerstein were in the third set of their respective matches when the match was clinched, thus preemptively ending their sets.

Doubles matches were not played due to the early clinching by Iowa.

The loss took place on senior day, when senior Alex Woldmoe and Khmiadashvili were recognized.

The final match of the regular season will be on the road against Xavier University and will take place on April 22, at 12 p.m.