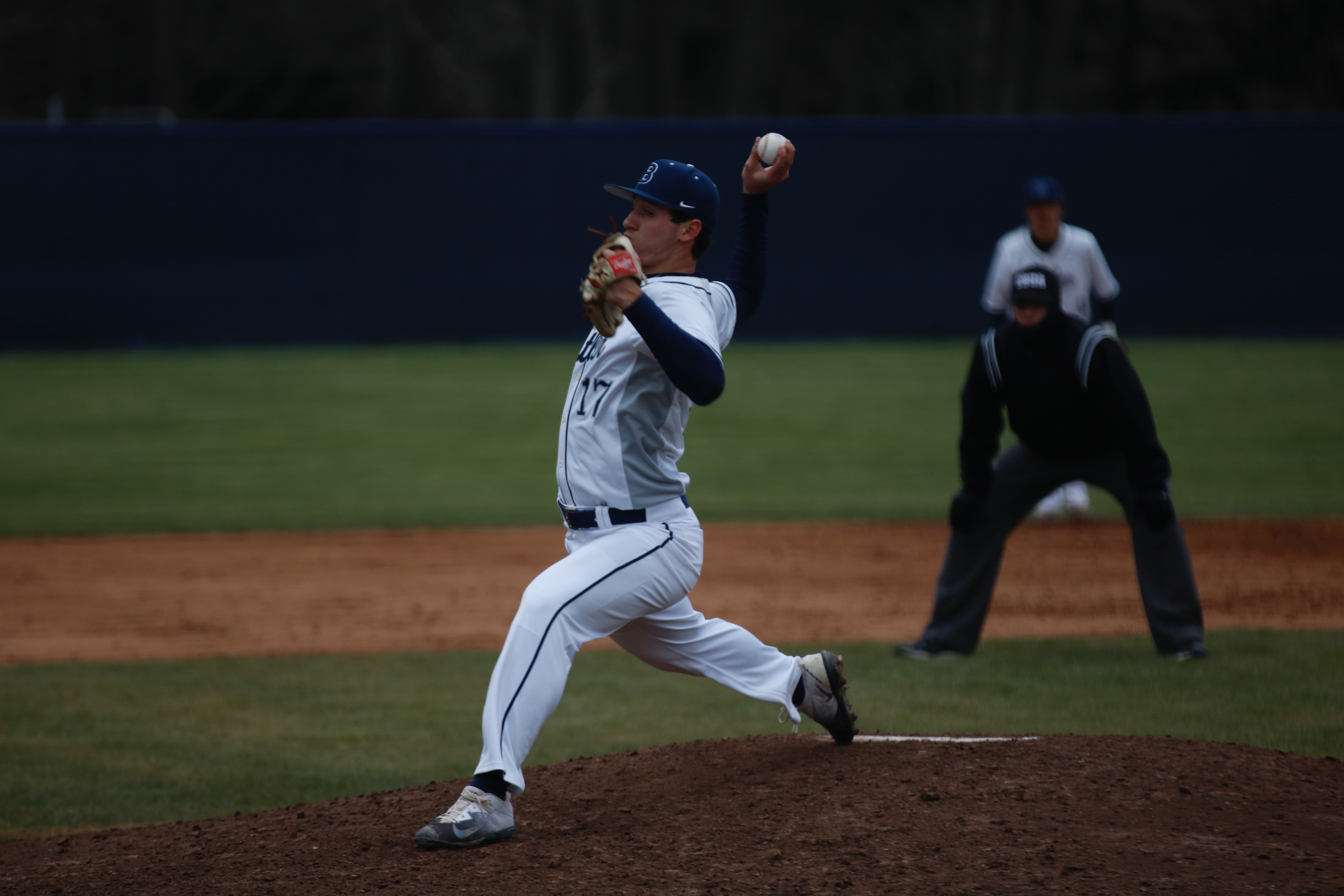 Pitcher Quentin Miller sends a pitch off the mound. Photo by Jimmy Lafakis.

The Butler University baseball team was swept in a three game series by St. John’s University at Bulldog Park. The team is now 22-12 overall and 2-4 in the Big East.

The April 13 game went to extra innings, with the Red Storm winning 6-2 in 10 innings. Junior outfielder Cole Malloy and redshirt junior shortstop Michael Hartnagel scored in the bottom of the ninth inning to tie the game at two.

However, St. John’s put up four runs in the 10th inning to reclaim the lead for good.

April 14, the Bulldogs were holding a 3-1 lead before lightning caused a 101 minute delay in the top of the fifth inning. When the game resumed, St. John’s scored four runs in the eighth inning and held on for a 5-3 victory, a tough loss for the Bulldogs.

The final game of the series on April 15 went to extra innings once again. Junior outfielder Tyler Houston led off the bottom of the ninth with a triple, but Butler was unable to get him across home plate. The Bulldogs also loaded the bases in the tenth inning but failed to score.

Propelled by a three-run double and two home runs, the Red Storm put up a devastating nine runs in the eleventh inning to finish the sweep, 12-3.

““I believe in this team, and I think they’re a good team and they proved it this weekend,” Schrage said. “That’s your next step in your program: get up there and hit with the bases loaded and know I’m gonna get a hit, and we’re not there yet.”

Butler has a busy week ahead of them. The team will welcome Eastern Illinois University to Bulldog Park on April 18, travel to Bloomington to face Indiana University on April 19 and end the week with a three game weekend series at Xavier University starting April 21.