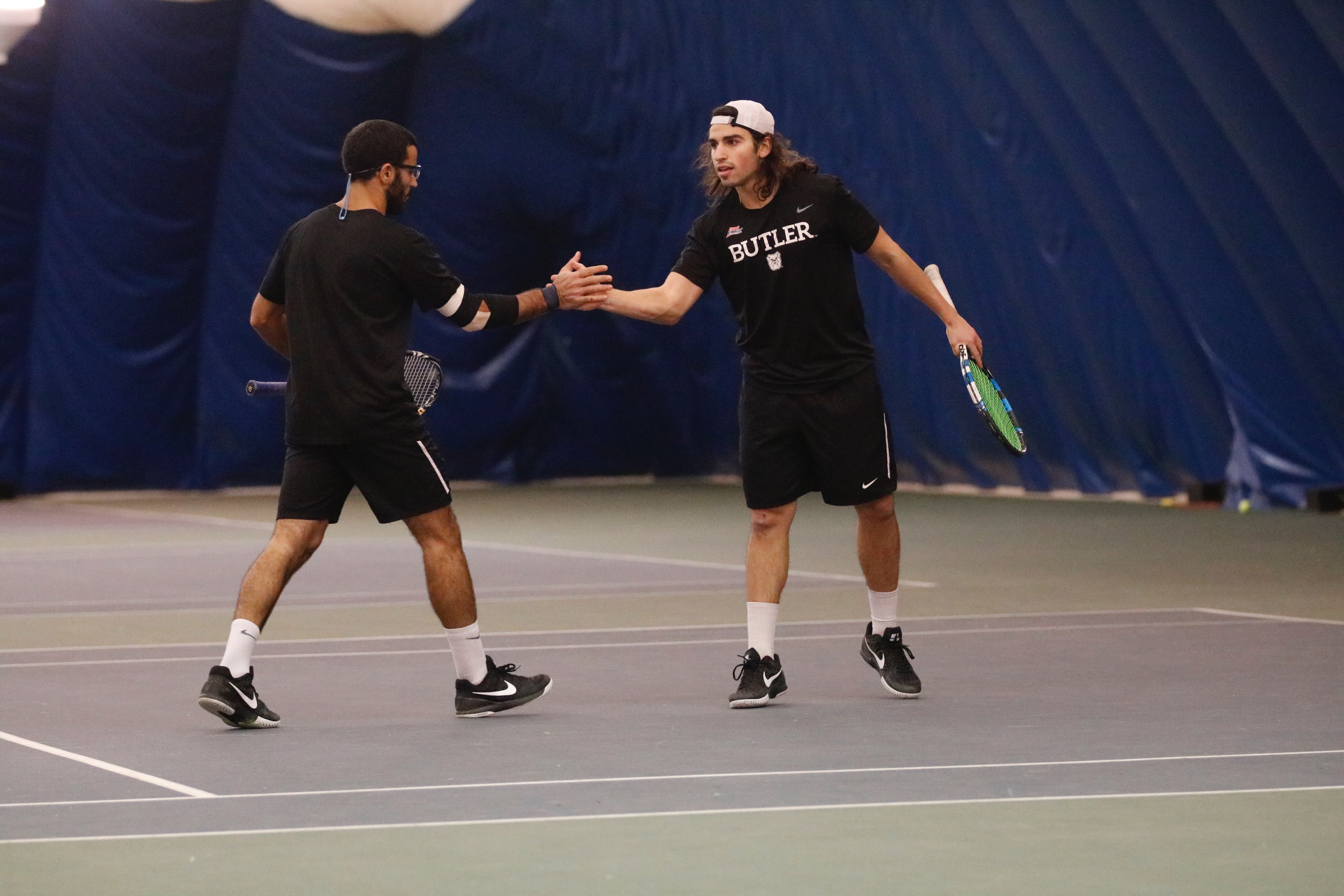 The Butler University men’s tennis team had a rollercoaster of a weekend, splitting the weekend 1-1.

It started off April 7 when the team’s seven game winning streak was snapped by DePaul University and concluded with a resounding victory over Marquette University April 9.

The Bulldogs suffered close 4-3 loss to the Blue Demons.

Although the duo of sophomores Mason Dragos and Spencer Lang were able to capture the victory in the No.1 doubles spots, the two Bulldog pairs following them were unable to do the same.

After the matches of Dragos and Lang finished in two sets and that of sophomore Temilope Adelakun finished in three, the team was up 3-1, waiting for the other three matches to finish.

It was in those three that the team fell. Hard fought losses at the No. 1, 2 and 5 spots did the Bulldogs in, giving the Blue Demons the final edge. In their respective spots, sophomore Aviv Ben Shabat, senior Mikheil Khmiadashvili and sophomore Ari Gerstein all took their matches to three sets.

Despite the hard loss, the Bulldogs came out on Sunday and redeemed themselves against Marquette.

The team captured the doubles point with victories from Ben Shabat and Khmiadashvili and Gerstein and Adelakun.

Ben Shabat, Dragos, Khmiadashvili and Gerstein won their matches in three sets, while Lang finished his in two.

The day ended in a 6-1 Butler victory. After the weekend, the Bulldogs hold a 14-4 record on the season and sit 2-1 in the Big East Conference.

Next the team will face the University of Iowa April 16 at 6 p.m.