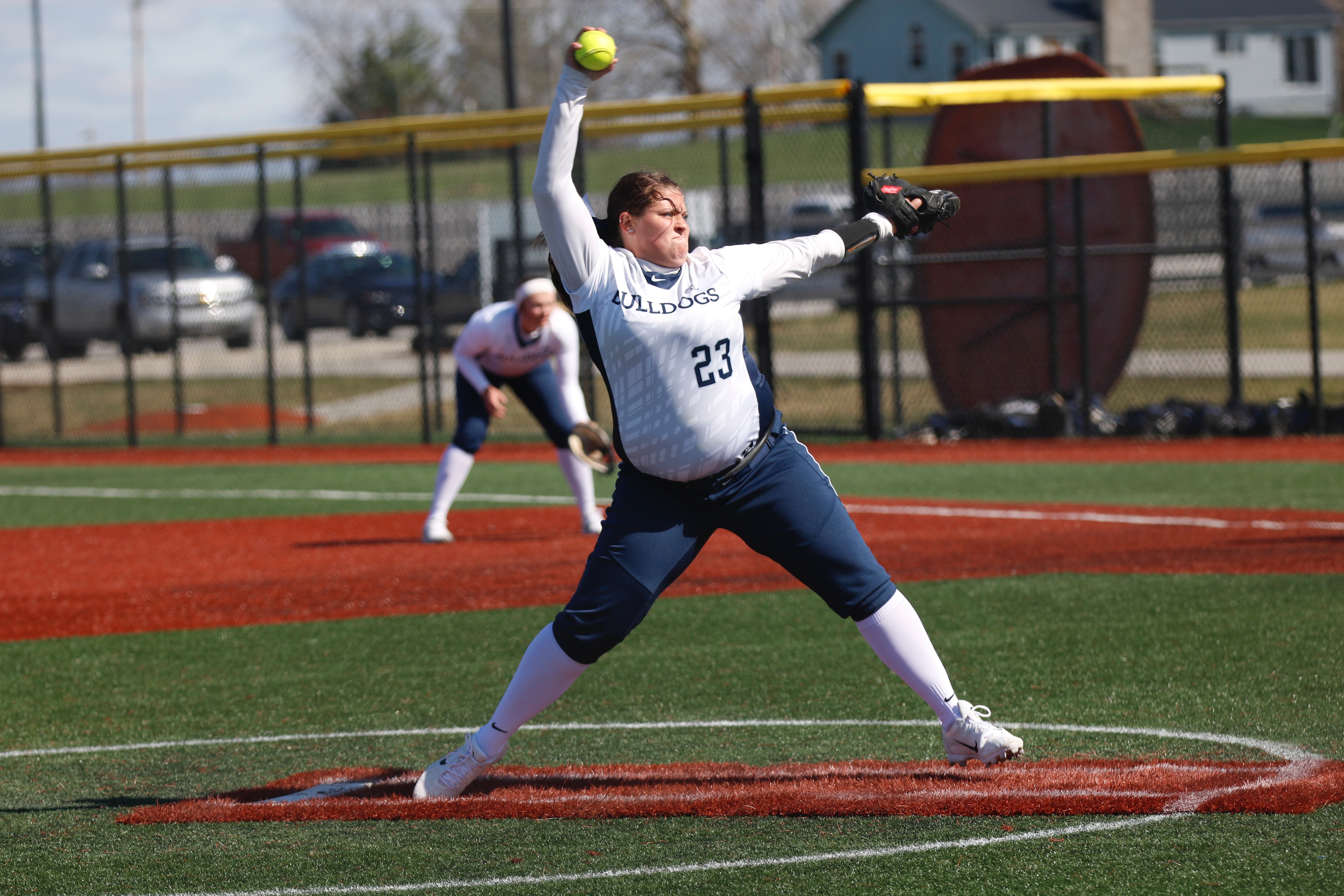 Junior pitcher Mikeila Boroff sends a pitch out of the circle. Photo by Jimmy Lafakis.

The Butler University Bulldogs boosted their record to 16-17 (4-1 Big East) over the weekend after sweeping Villanova University at home.

The first two games of the weekend were held at Grand Park in Westfield, Indiana, on April 1. Butler took the first game of the twin billing 4-1. Freshman pitcher Gabbi Schnaiter earned her sixth win of the season. Schnaiter pitched all seven innings, and received a boost from sophomore catcher Sammy Andersen’s inside-the-park home run in the bottom of the sixth.

“We really came together as a team,” sophomore outfielder Jenna Foreman said. “We played hard for each other.”

In the second game of the doubleheader, the Bulldogs used a dominant performance on the hill from junior pitcher Mikeila Boroff. Boroff pitched a complete-game shutout to give the Bulldogs a 5-0 victory.

“We found success by getting back to having fun playing the game,” Doud said.

The Bulldogs returned to campus April 2 and won the annual cancer awareness game 9-5. Foreman went 4-for-4 with a stolen base. Overall, she went 9-for-10 in the three-game series against the Wildcats. Junior infielder Alyssa Lach added a pair of doubles and knocked in three of Butler’s nine runs.

“Sometimes what we may consider to be a tough day is nothing compared to what other people do, fighting for their lives every day,” Doud said. “It really puts things into perspective that we are blessed to be able to come out and give it our all playing a game of softball.”

The Bulldogs continue their campaign against Indiana State University on April 5. First pitch in Indianapolis is scheduled for 5 p.m.