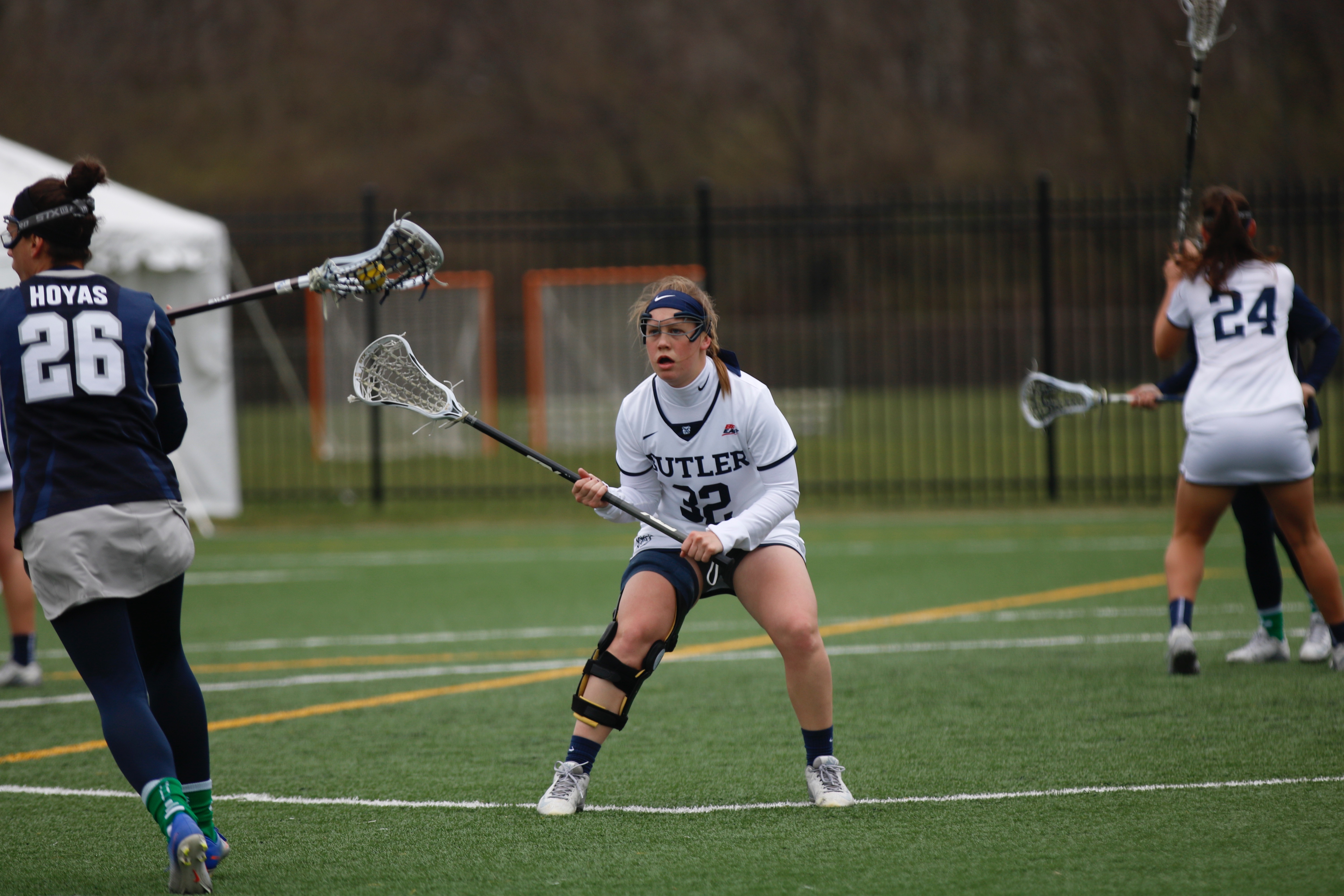 The Butler University women’s lacrosse team dropped their final non-conference game of the season 14-9 to Central Michigan University on March 16 at Varsity Field.

The Bulldogs head to Big East Conference play with a 1-7 record in their inaugural season.

The Bulldogs got off to a hot start, scoring four goals to take an early 4-1 lead halfway through the first half. However, it would only take the Chippewas three minutes to tie the game back at 4-4. Central Michigan would ride this momentum into halftime, leading the Bulldogs 10-5.

Central Michigan began where they left off, bringing their lead to nine goals with 20 minutes left to play. The Bulldogs scored three goals in the final three minutes. However, the comeback came far too late.

Central Michigan outshot Butler 33-23 with the Chippewas compiling 26 shots on goal. Butler made 12 saves throughout the game, 10 of which would be made by relief-goalie Haley Rayburn in the second half.

The Chippewas were led by Jocelyne Lemay with six goals. Also leading Central Michigan was Riley Huda, scoring eight points from one goal and seven rebounds.

To change up the Butler defense, coach Cecil Pilson decided to go to Rayburn at goal instead of junior Allie Storke. After Rayburn gave up four early goals in the second half, she made ten saves to hold Central Michigan throughout the last 20 minutes of action.

“We were just trying to fight our way out of the hole,” Rayburn said. “We’re believing in the Butler way, and we just never give up.”

Pilson said his team has improved greatly, especially after the Bulldog’s spring break trip, where the team won their first win in program history.

Butler begins the conference stretch of their season, playing nine Big East teams in the next month. Pilson said the team will continue to focus on the games themselves and not the results.

“Our biggest goal is to make sure we work hard for 60 minutes,” he said. “For us, we’re really focusing on the hard work piece of the team, and to stay focused throughout the game.”

Butler will be back home on March 18, as they welcome in Georgetown University to begin Big East play at noon.