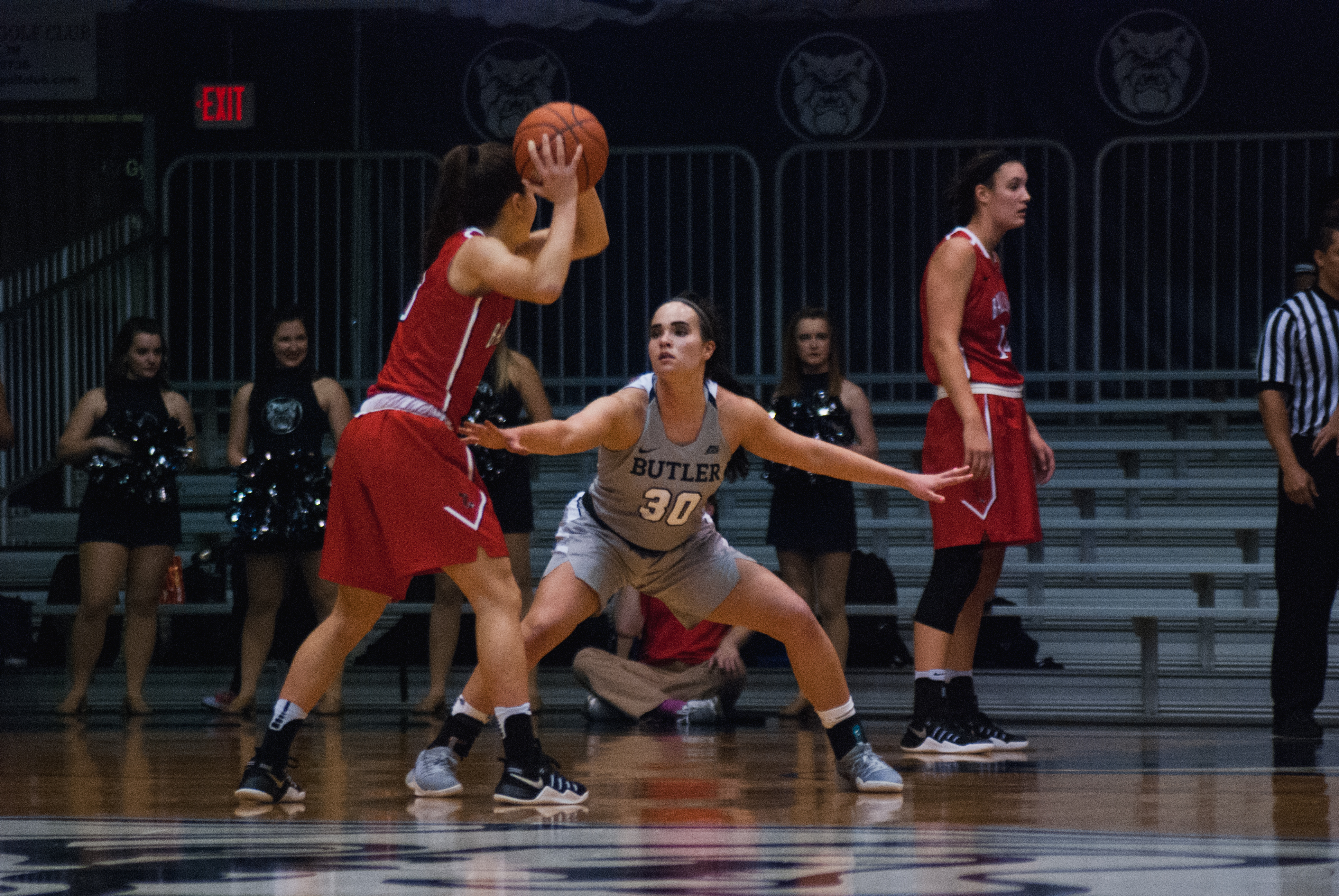 Shots refused to fall for the Bulldogs throughout the game, resulting in just a 30 percent field goal success rate. Offensive struggles during the opening and closing quarters hindered scoring for the team and closed out any opportunities to catch their opponent.

Butler scored just five and six points in the first and fourth quarters, respectively. The Bulldogs made one lone field goal in the first quarter while their defense was unable to shut down a 13-0 Red Storm scoring run. The women shot 26 percent from the field in the first half.

Butler trails St. John’s 28-19 at the half. Sydney Shelton has a team-high five points for the Bulldogs.

A stronger third quarter pushed the team within four points of the Red Storm but the Bulldogs were unable to tie the score.

Four out of five players for St. John’s scored in double digits. The Red Storm increased their field goal shooting percentage from 37 percent in the first half to 50 percent by the second half. The visitors capitalized by scoring 18 points off Butler miscues and gained 17 second chance points.

The Butler women will travel to  Xavier University on Jan. 8 at 2 p.m.