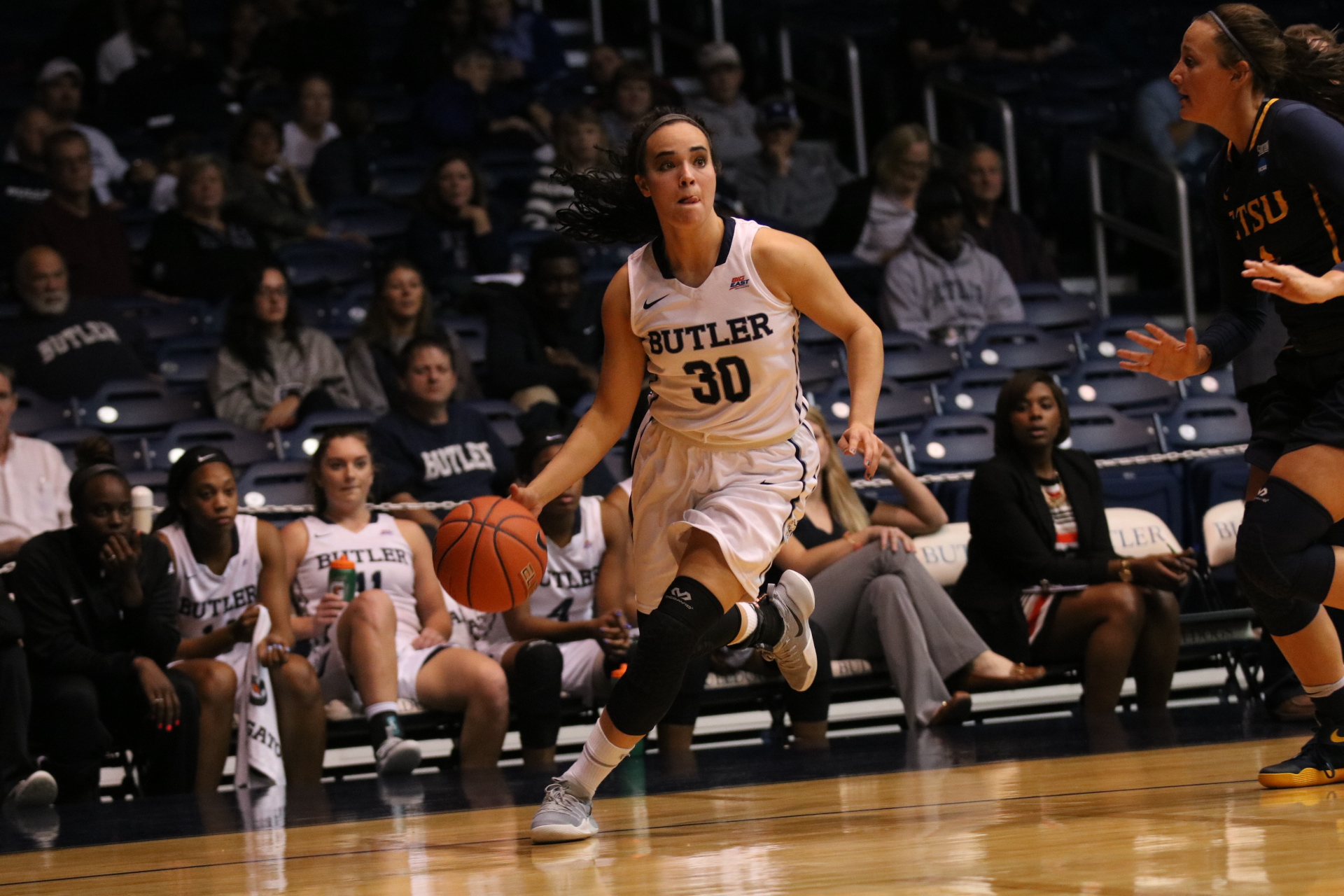 The Butler University women’s basketball team fell in their first away game of the season 60-55 to the University of Wisconsin-Madison in tightly contested match on Nov. 20. The Bulldogs are now 2-2 this season.

The Bulldogs’ offense was powered by the trio consisting of forward Tori Schickel and guards Michelle Weaver and Kristen Spolyar.

The Badgers capitalized on Butler turnovers, resulting in 21 points for the afternoon. Wisconsin also netted 19 free throws in the second half compared to Butler’s 9.

The Bulldogs shot over 40 percent from the field in the second half, however, the Badgers’ strong offensive push in the fourth would propel Wisconsin forward for the win.

Butler will return to Hinkle Fieldhouse on Nov. 22 to face the University of Central Florida at 7 p.m.