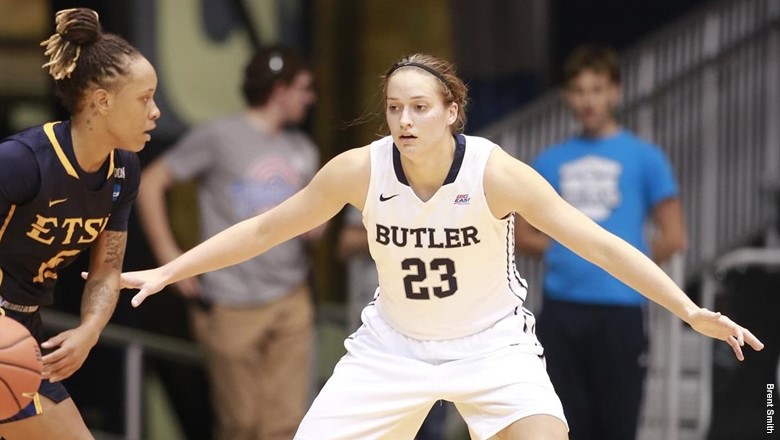 The Butler University women’s basketball team dropped their second consecutive game of the season against The University of Central Florida, 66-59, in Hinkle Fieldhouse on Nov. 22.

The team fell behind early after Central Florida scored the first seven points of the game. Butler would score just seven points in the first quarter. With the exception of forward Tori Schickel’s layup, the other five Bulldog points were scored from free throws.

UCF used a full court press for the entire first half leading to 15 BU turnovers and 13 Knight points off BU miscues.

Butler led the all-time series against Central Florida 4-0. However, after leading 29-19 at the half, the Knights pushed forward for the win.

Offensively, it was an even contest. Butler shot 23-52 from the field, good enough for 44 percent. Central Florida matched shot for shot, scoring 23-51 and 45 percent from the field. The biggest difference between opponents belonged to free throw shots. The Knights scored 14 free throws compared to 11 by the Bulldogs.

The Bulldogs’ offensive push was highlighted by Schickel with 19 points, going 8-15 from the field. Defensively, her 10 rebounds led the team.

Schickel was aided by freshman Kristen Spolyar’s 14 points. The guard was named Big East Freshman of the Week for the consecutive week. Her 17.3 points per game are good enough for fifth in the league and lead all Big East freshmen.

The Bulldogs are struggling after numerous injuries, playing without Brittany Ward, Sydney Shelton and Taylor Buford for most of the season. Sydney Buck missed the past two games with a lower extremity injury after previously starting in 64 consecutive games.

Guard Alexa Bailey led the team with five assists after returning from the injured list last game. Bailey played 24 minutes in the loss against Wisconsin.

The loss sets Butler’s overall record to 2-3. Next, the team travels to face Texas Christian University on Nov. 30 at 1 p.m.