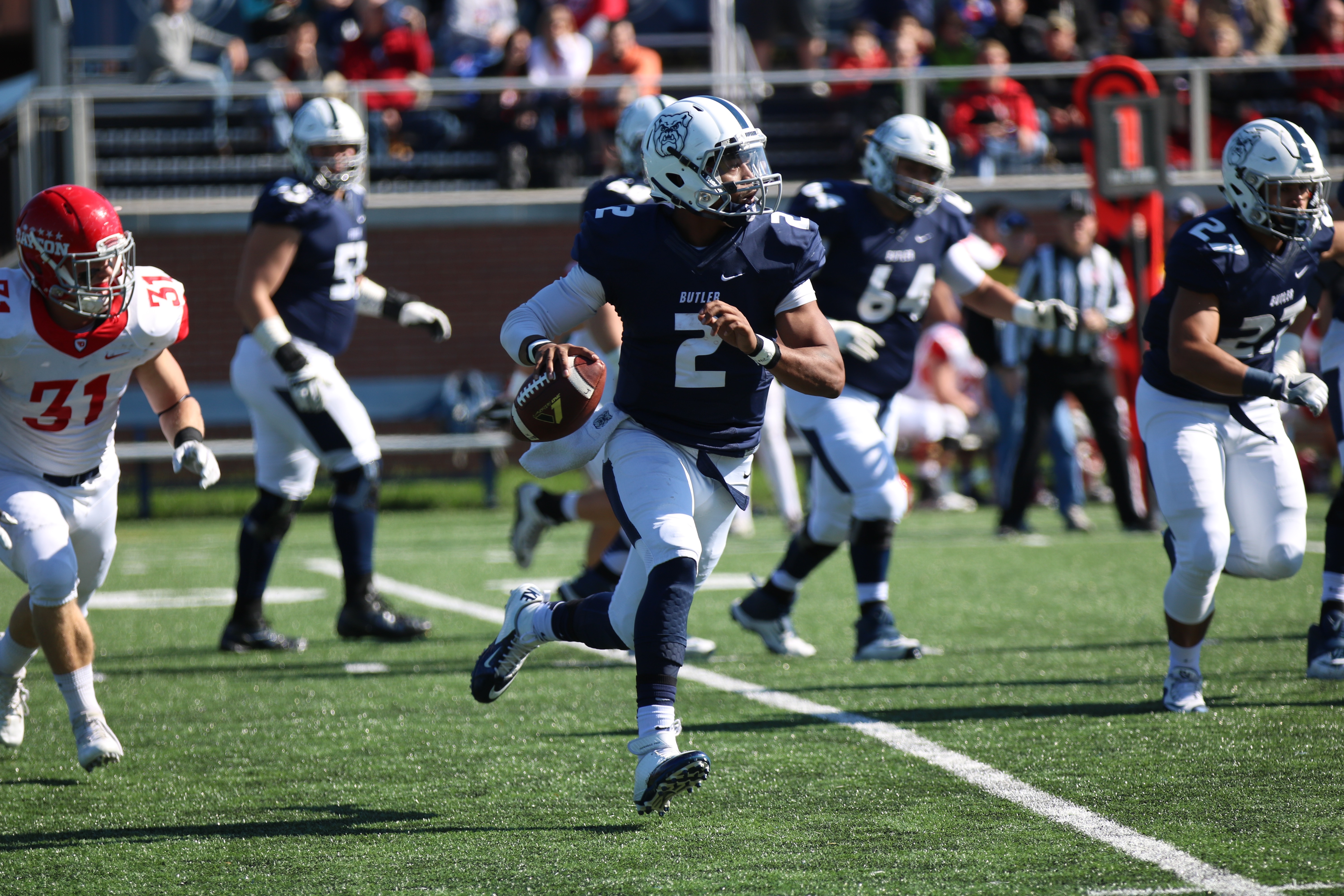 Redshirt senior quarterback Malcolm Weaver breaks away from the crowd to throw a pass. Photo by Jimmy Lafakis.

The Butler University football team lost to Morehead State University 54-28 on Nov. 6 at the Butler Bowl in their Senior Night Game, falling to 4-6 on the season (2-5 PFL)

Butler had a total of 14 seniors on the roster who were eager to enjoy one of their last days at the Butler Bowl playing the game they love.

Morehead State senior quarterback Austin Gahafer accounted for 465 yards, and he threw for five touchdowns in the team’s big win.

Malcolm Weaver and Pace Temple connected for two touchdowns for Butler. One came in the closing seconds of the first half to get the dawgs first touchdown of the game. The dynamic duo connected once more for an 11-yard touchdown, making the score 14-38.

Weaver ended his last game in the Butler Bowl with 207 passing yards, completing 20 of 34 passes and tallied up four touchdown passes.

Butler running backs Duvante Lane and Anthony Scassia finished for a combined total of 20 carries for 104 yards on the ground along with a touchdown.

On the defensive side of the ball, seniors Zach LaRoche, David Starkey and Sean Horan led the show. They combined for a total of nine sacks and a forced fumble from Starkey.

The Bulldogs travel to Des Moines, Iowa to play their last game against conference rival Drake University on Nov. 12 at 2 p.m.