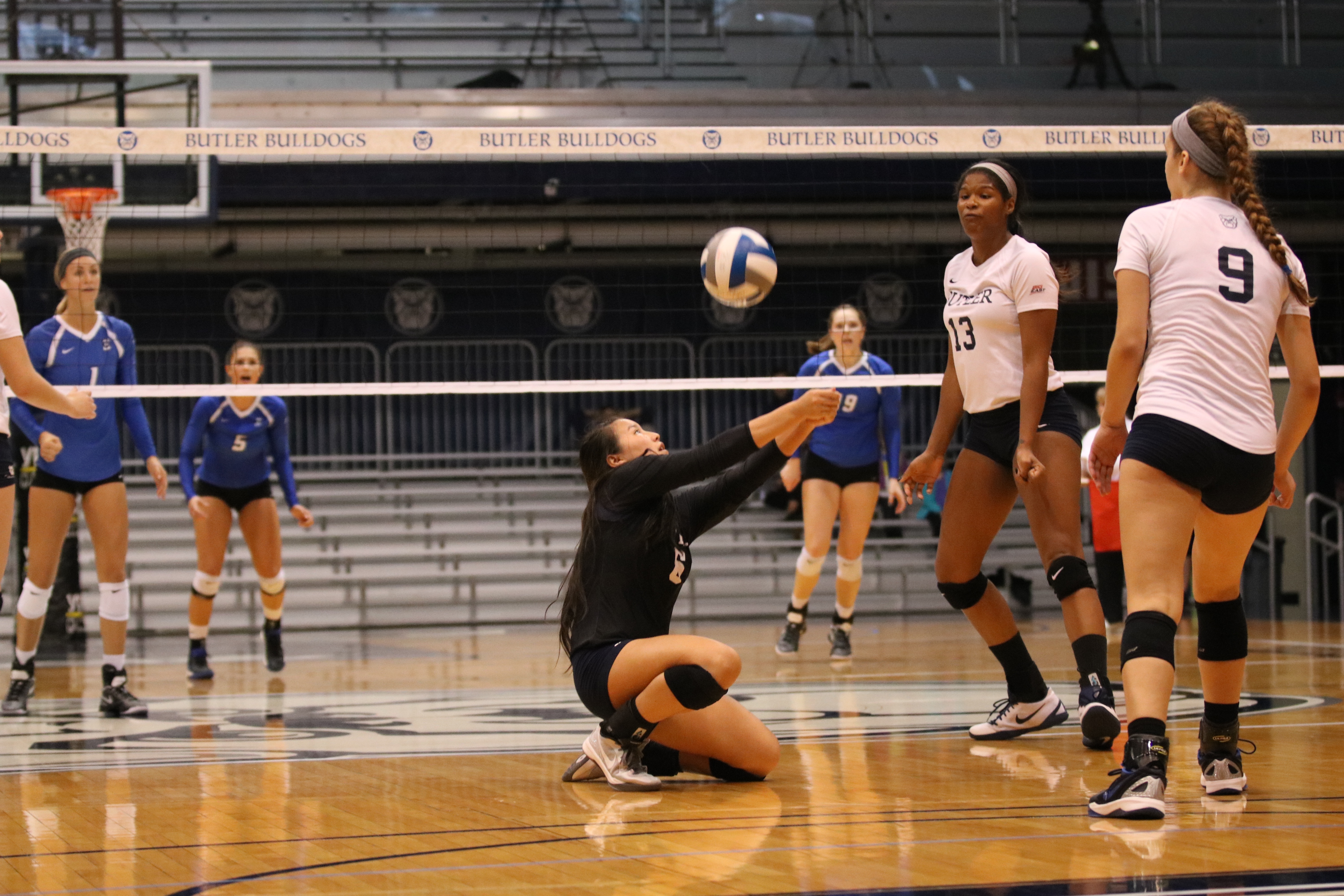 The Butler volleyball team fell to Creighton in three sets on Oct. 1. Sophomore outside hitter Anna Logan and junior setter Makayla Ferguson each recorded double-doubles in the 25-22, 25-23, 25-12 loss.

Ferguson posted a team-high 33 assists, 12 digs and a block. Logan added a match-high 16 kills to go along with 11 digs.

Logan said she was proud of the way the Bulldogs came out and fought in the first two sets.

“This match definitely showed our potential,” she said. “We just have to work on our execution and our stamina in the future.”

Sophomore libero Taylor Takeda, who contributed 16 digs and two assists, said she believes Butler is always capable of giving the effort they showed in the beginning of the match.

“Those first two sets felt great because we were clicking,” she said. “In the third set, I felt like our chemistry was off a little bit. We need to continue to play together.”

Butler fell to 13-7 (2-2 Big East). Redshirt junior outside hitter Jessica Klingensmith said she has a specific goal in mind for Wednesday’s match against the Blue Demons.

“Once we hit 20 points, we have to stay the aggressor and solidify the match,” she said. “We are focusing on finishing as a team.”

Head coach Sharon Clark said her team blocked and hit well against Creighton. She stressed a need to put everything together against DePaul on Wednesday at 1 p.m.

“We’ve played at a great level before,” she said. “We know we can go out there on Wednesday and play to the best of our ability if we are loose.”