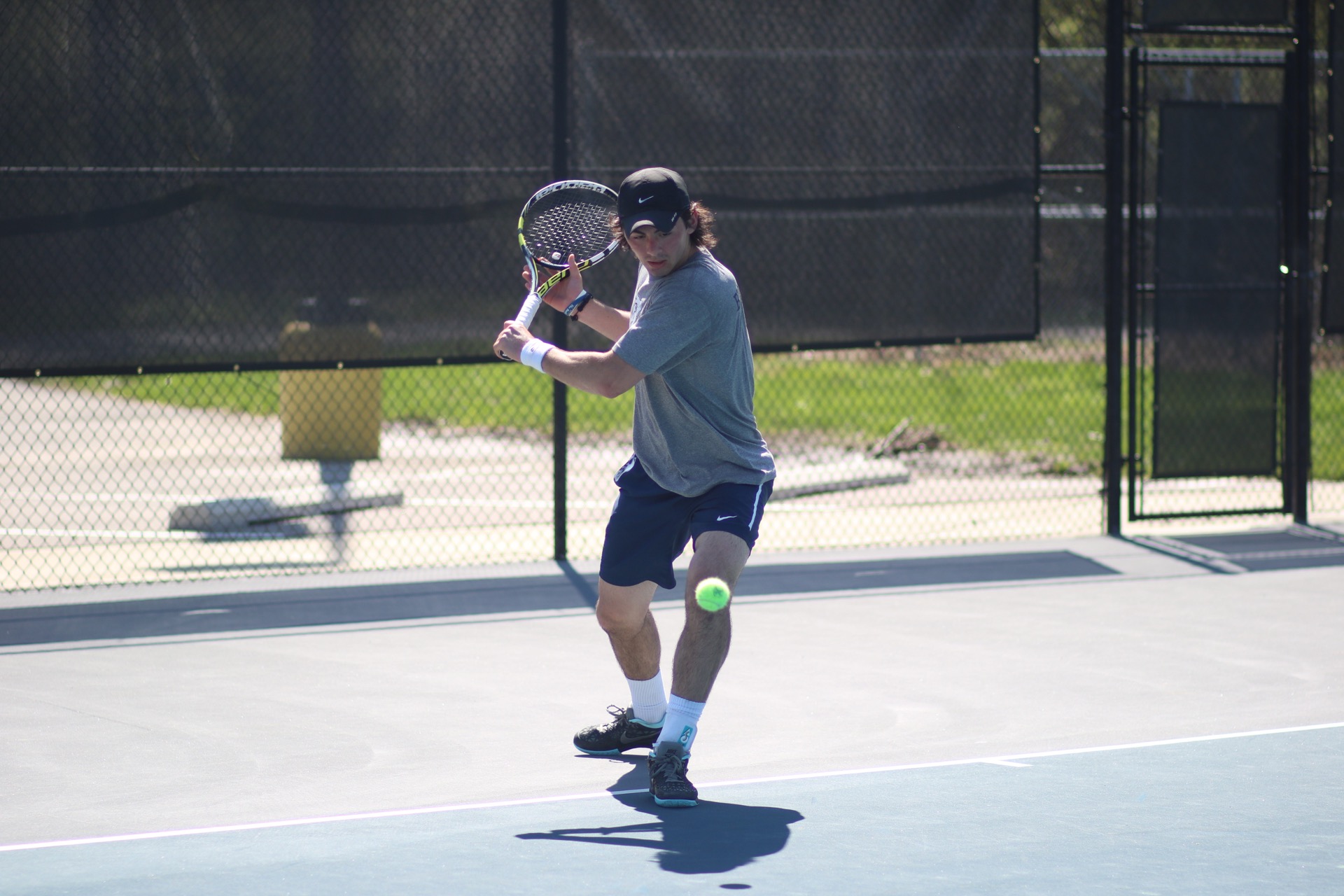 Freshman Mason Dragos goes for a swing during a men’s tennis match. Photo by Jimmy Lafakis

The Butler men’s tennis team took a 4-1 loss to the Xavier Musketeers on April 23. The Bulldogs finished the regular season at 9-12.

Xavier seized the doubles point to begin the match. Freshman Mason Dragos and junior Mikheil Khmiadashvili were Butler’s lone victors. They took a 7-6 (5) victory at No. 1 doubles, while freshman Ari Gerstein and junior Alex Woldmoe took a 7-6 (2) loss at No. 2 doubles. The freshmen duo of Spencer Lang and Adrian Mag fell 7-5 at No. 3 doubles.

Lang said he did not feel discouraged by the defeat.

“We were a couple of points away from winning the doubles point,” he said. “This loss will fire us up more for conference, for sure.”

Dragos said his confidence was boosted after his victories. He is preparing for the Big East tournament on April 29.

“We will practice regularly and work out some of the strengths and weaknesses to be able to play solid in South Carolina,” he said.

The season did not end in Butler’s favor, but Gerstein remains confident in the team.

“I am excited to take on DePaul again,” he said. “We know we can beat them in conference.”

The team will play in the Big East Conference quarterfinals against DePaul University on April 29. The match is set to begin at 4 p.m.