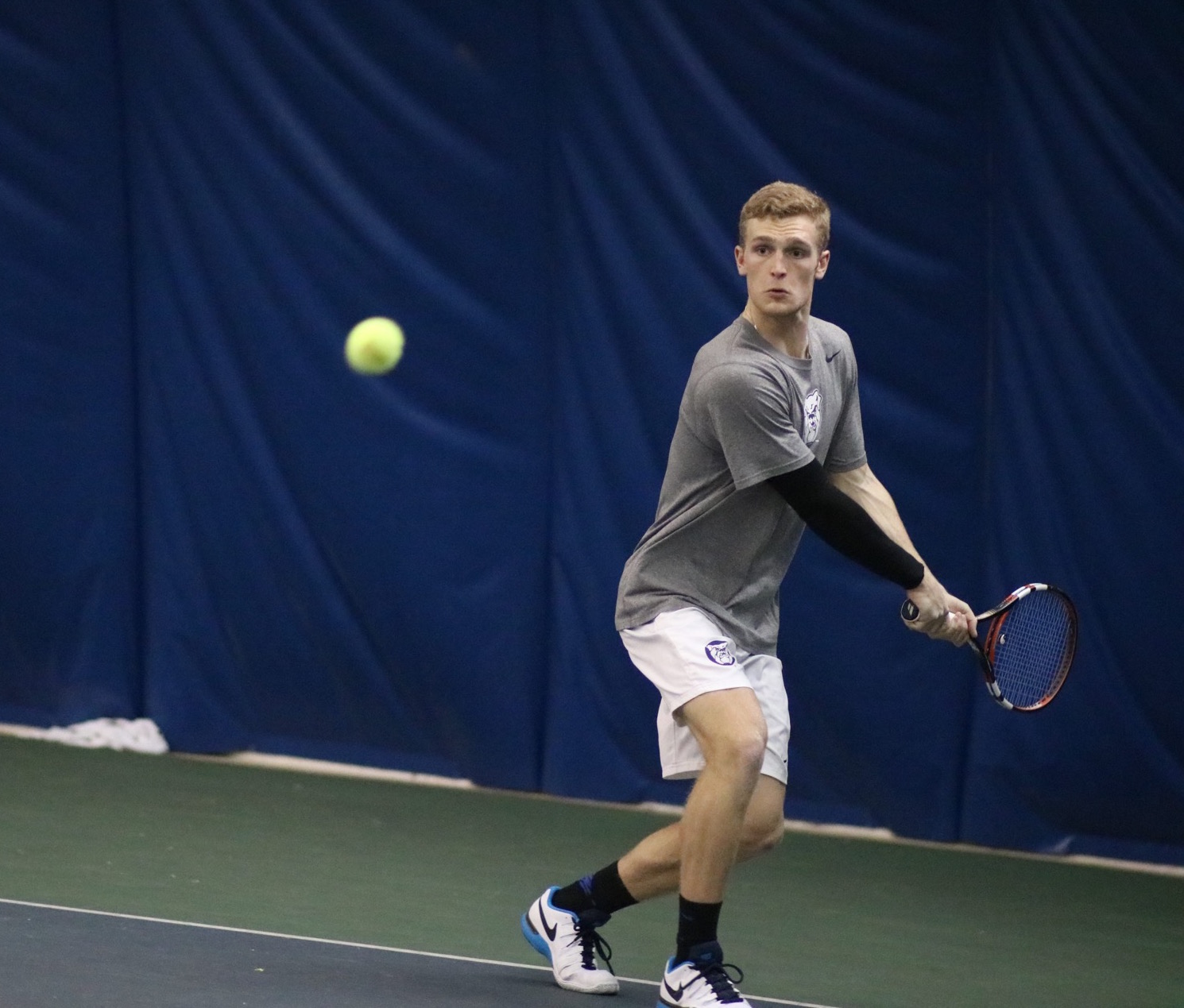 The Butler University men’s tennis team fell at the hands of the No. 46 University of Louisville Cardinals 1-6 on Feb. 12 on their court. The Cardinals boosted their overall record to 4-5, while the Bulldogs dropped to 2-6.

Louisville seized the doubles point and never relinquished the lead. The banged-up Dawgs fought through the final match of a long stretch, but no singles player could scratch out a victory until freshman Mason Dragos won a thrilling three-set match against Carlos Longhi Neto at No. 2 singles.

The final scores of that victory were 6-4, 4-6, 1-0 (11-9). Another bright spot for Butler was Mikheil Khmiadashvili at No. 1 singles. The junior took Christopher Morin-Kougoucheff to three sets, and lost in a 6-7, 7-5, 1-0 (10-7) tiebreak. Junior Alex Woldmoe believes these tightly contested matches will aid the pair of lefties.

“There were really good efforts from Mason and Mikheil especially,” he said. “Today was a good win for Mason individually, and I think that is going to do a lot for his confidence.”

Freshman Ari Gerstein went down swinging against Jeffrey Brown, losing 4-6, 4-6 at No. 3 singles. He remains optimistic about the team’s capabilities going forward.

“I was able to last really long and get a lot of balls back, which frustrated my opponent,” he said. “We always learn from losses, and we learned that our positive energy and heart in matches will help motivate each other and keep ourselves in matches. Our energy was much improved from top to bottom today.”

The Bulldogs will have the next week off before traveling to play the Northern Illinois University Huskies on Feb. 19 The first serve against NIU is scheduled for 5 p.m.