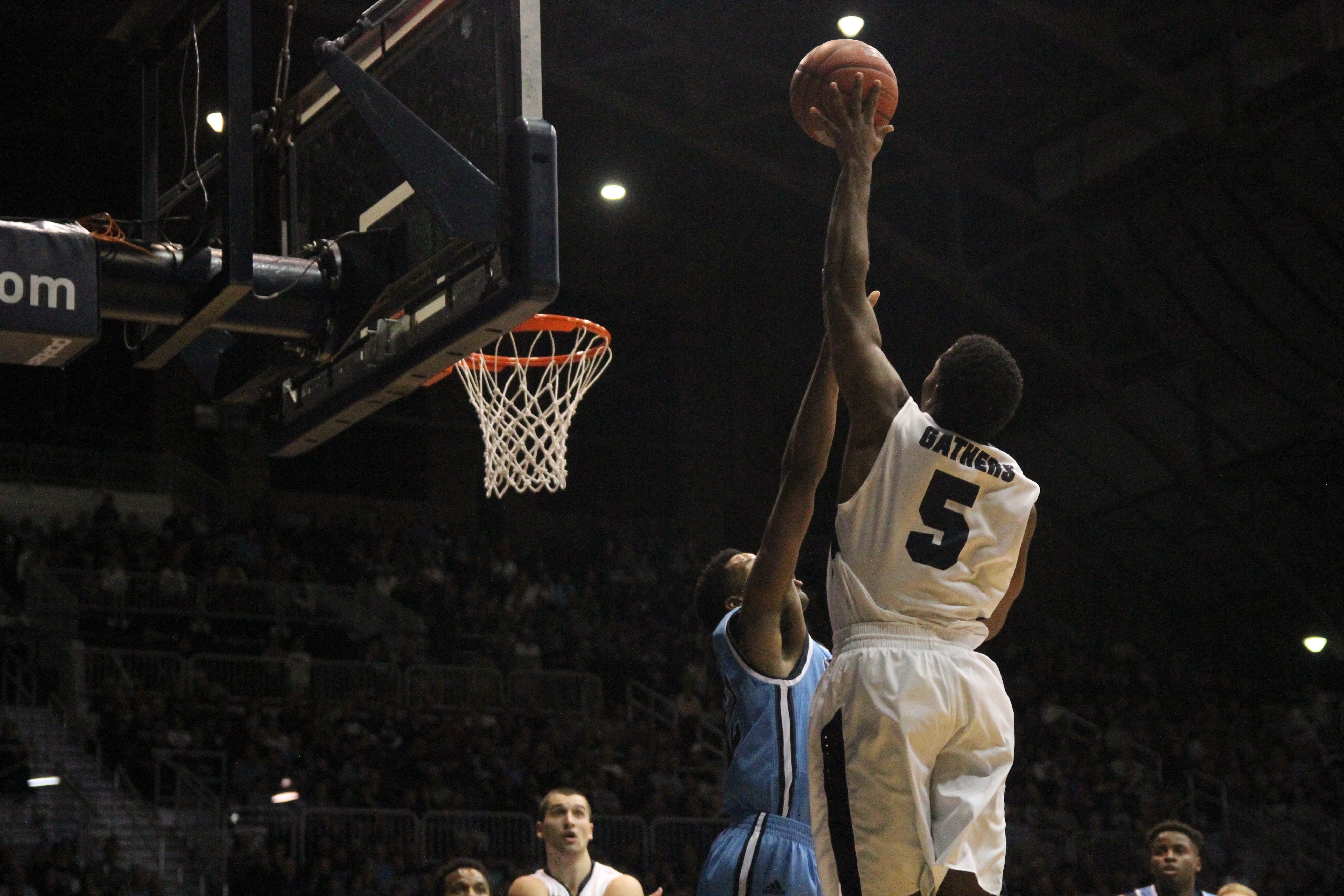 The Butler Bulldogs bounced back from a slow start in a big way on Monday night, running away from the IUPUI Jaguars for a 92-54 win.

After a sluggish offensive start for both teams, Butler (11-1) led 4-2 when the first media timeout came four-and-a-half minutes into the game. IUPUI (4-11) was able to stay within single digits for most of the first half, but with the Jaguars trailing by eight with less than five minutes remaining before halftime, the Bulldogs began to run the floor and score in bunches.

Butler ended the first half on a 15-4 run, sparked by back-to-back threes from Jordan Gathers that was followed by a long ball from Kelan Martin. The Bulldogs had not hit a three-pointer in the game prior to the sequence.

The home team took a 19-point lead into the second half and scored the first 10 points out of the locker room to put the game away for good. IUPUI fought until the end, but never got within less than 24 points the rest of the way.

Butler’s reserves had a chance to play on Monday and didn’t let up on the Jaguars. (Photo by Nora Navin)

Butler’s reserves came in late and ended the game on an 11-1 run, giving the Bulldogs their second most lopsided victory of the season (38 points).

Martin continued his recent stellar play, leading Butler with 19 points on 8-of-11 shooting from the field off of the bench. Roosevelt Jones had 17 points and tied his career-high with 5 steals, while Andrew Chrabascz scored 15 for the Bulldogs. Darell Combs led IUPUI in scoring with 11 points.

Ranked No. 9 in the Associated Press Poll and No. 10 in the USA Today Coaches Poll, Butler ends the non-conference portion of their schedule on an eight-game win streak. The Bulldogs also extended their streak of home wins over non-conference opponents to 27 games.

The next game for Butler comes at 2:30 p.m. on New Year’s Eve day when they open Big East play against No. 12/13 Providence. The matchup will be just the second between top-15 teams ever to be played at Hinkle Fieldhouse. The game is already sold out.