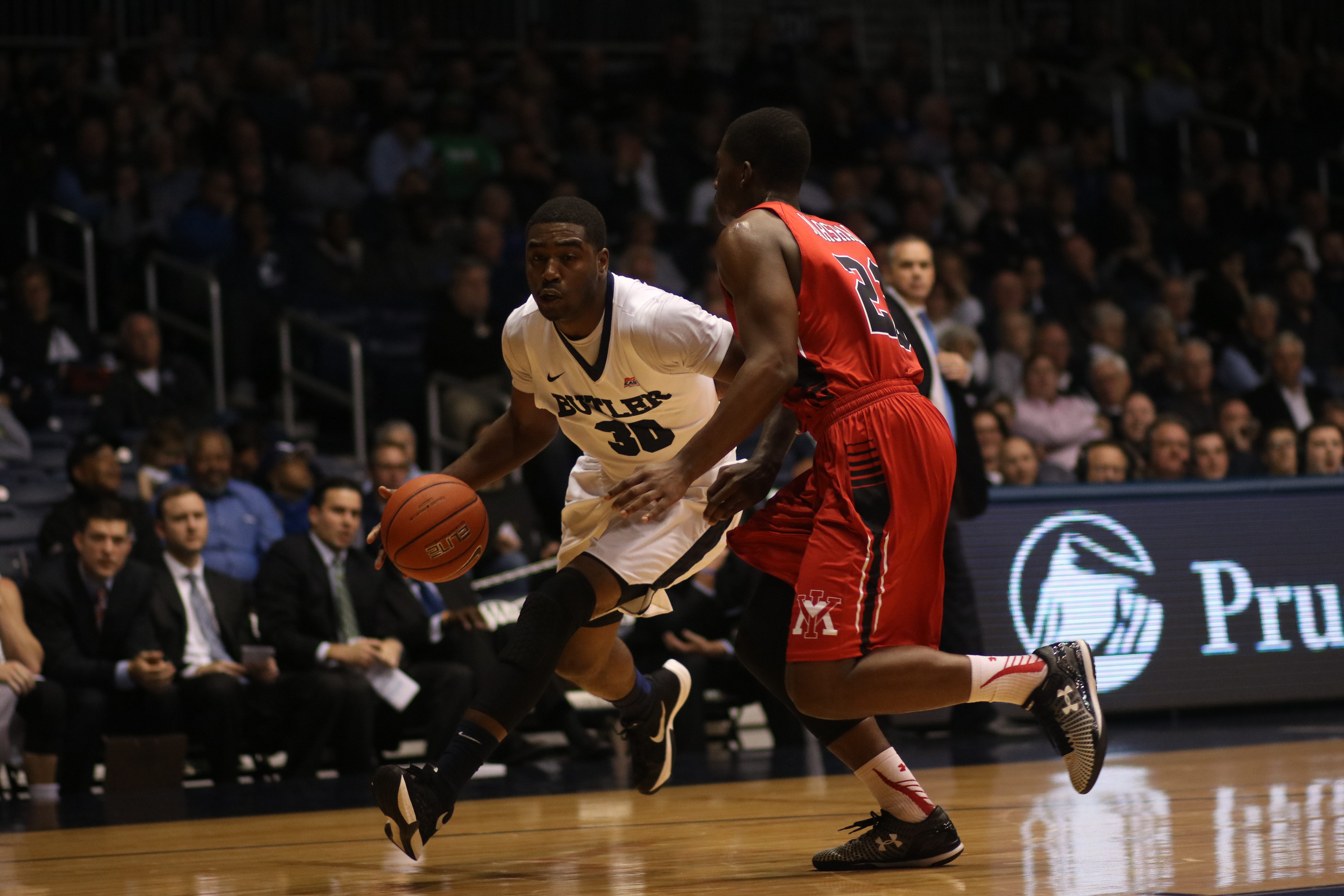 The Butler University men’s basketball team scored yet another dominating victory, this time over the Virginia Military Institute by a score of 93-66.

“I’m really pleased with the approach our guys took to this stretch of games,” said Butler head coach Chris Holtmann. “It’s a benefit to have veteran guys who can set the tone on preparation with a quick turnaround. Tonight, we played with great effort and shared the ball well most of the game.”

Butler (7-1) took control of the game early and never looked back. A quick layup less than thirty seconds into the game by junior forward Andrew Chrabascz gave the Bulldogs the early lead, setting the tone for the rest of the game.

On the other end of the court once VMI (3-5) got the ball, senior forward Philip Anglade made a jump shot, tying the game at 2-2. However, that was as close as VMI would ever get to Butler.

After an uneventful first half, Butler went into halftime with a 57-31 lead. As the second half rolled around, most game starters were pulled, allowing Butler’s deep bench some playing time.

Butler’s Tyler Lewis (1) played 31 minutes and recorded 12 points, 5 assists and 3 rebounds in the team’s 93-66 win over VMI on Monday. (Photo by Jimmy Lafakis)

Sophomore forward Kelan Martin, who came off the bench in his usual sixth man role, led the way in scoring for the Bulldogs, putting up 20 points in 20 minutes of play. He also accumulated eight rebounds and one assist. That follows his career-high 24-point performance on Saturday against Indiana State.

Earlier in the day, the weekly USA Today Coaches and Associated Press NCAA men’s basketball polls were released. Butler came in at No. 21 and No. 18 respectively.

Junior guard Tyler Lewis, who had been struggling lately, saw the most action of any Bulldog on the night.   He played 31 minutes while scoring 12 points, and had five assists and three rebounds.

Freshman center Nate Fowler also saw playing time and had his best game in his young Butler career. He had six points and five rebounds.

Holtmann announced after the game that freshman guard/forward Sean McDermott would be a redshirt player this season. McDermott had been dressing for games, but had been kept from playing as the coaching staff worked to make a decision on whether or not to redshirt him. The freshman can still practice and travel with the team.

The Bulldogs are in action again on Saturday at 2:30 p.m. ET as they host the University of Tennessee.