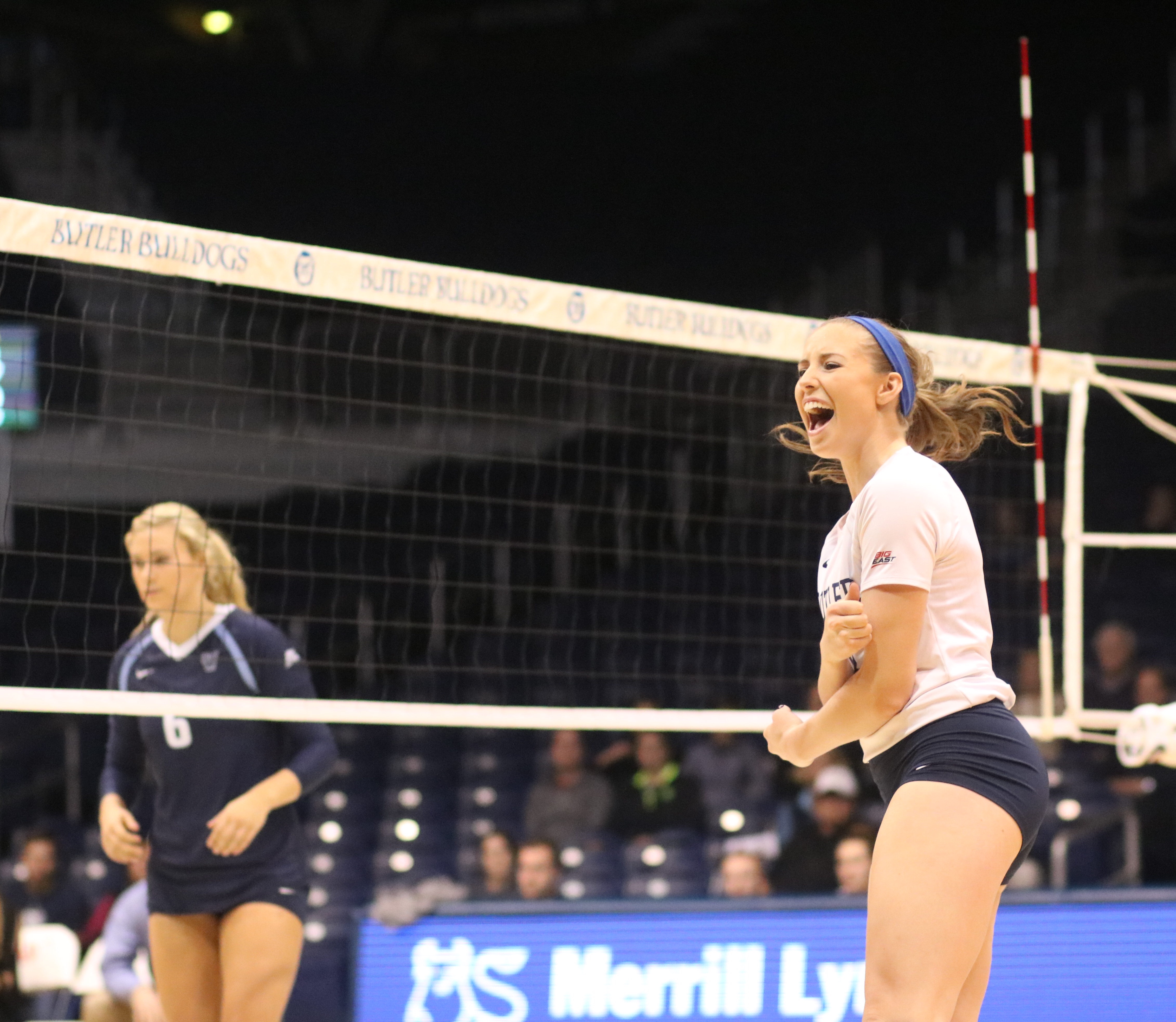 Butler volleyball pulled off a four-set victory over the Villanova Wildcats on Friday night, tying the season series at one match apiece. Three Bulldogs posted double-doubles in the victory.

Freshman Anna Logan had a team-high 17 kills on .350 hitting to set the tone for the Bulldogs. Senior Mary Striedl (12 kills and a team-high 18 digs) and sophomore setter Makayla Ferguson (a team-high 44 assists with 13 digs) also went for double-doubles on the night.

Head coach Sharon Clark was satisfied with her team’s effort, but knows there is more work to be done.

Family Weekend brought a larger than average crowd to Hinkle Fieldhouse, creating an electric environment that helped propel Butler to the victory.

“I think from the first point of the match, we had a lot of high energy,” Streidl said. “Our team will play well when there is a lot of energy going, so it was really fun to play in that atmosphere.”

“We have been trying to focus on winning the serve and pass game,” Clark said. “I think we did a great job passing tonight, and we didn’t really have any reception errors. That made a difference, but we also served them very tough.”

Streidl, who was formerly an outside hitter, has shifted all around the court as of late. Her versatility has given the team a boost in recent matchups.

“I love to play defense, so I think the reason that Coach likes me back there is that I am able to get swings from the back row,” Streidl said. “It’s another offensive threat, so that if the ball is out of system, we can still get a swing from the back row.”

Butler will welcome the Seton Hall Pirates to Hinkle for a Sunday matinee. The Pirates stand at 11-15 (5-9 BIG EAST) and have been eliminated from BIG EAST tournament contention.