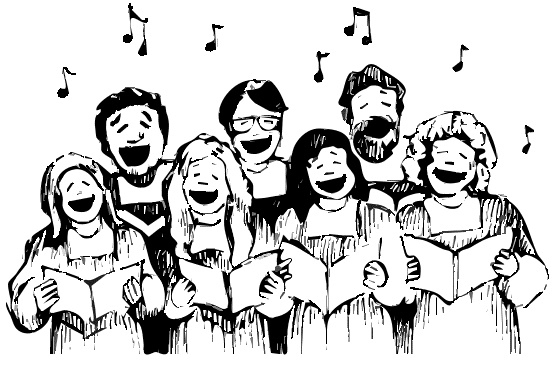 The Butler University Chamber Singers highlighted different styles of vocal music as a part of the Neighborhood Concert Series April 1.

The performance, held in Eidson-Duckwall Recital Hall, included 15 singers dressed in black and a trio of musicians.

The first piece performed was titled, “Draw On, Sweet Night,” by John Wilbye.  The song highlighted harmony from each vocal section and ended in a soft decrescendo.

After a short intermission, Stark announced a musical secret that had been hidden for thousands of years.

It was revealed that this music was given to priest and musical colleague Piotr Nawrot by the ancient churches in Bolivia.

The chamber performed one of them titled “Missa Santa Ana,” attributed to Giovanni Battista Bassani.

Seven movements of the pieces were played, accompanied by a cellist and two violinists.

“It’s so delightful to think of this music being played in the middle of the rainforest thousands of years ago,” Stark said.

The evening concluded in a reception for audience members and performers in the lobby.

“I loved the atmosphere of the concert,” student Allison Haan said.  “The music was beautiful and it made the room very calm and relaxed.”