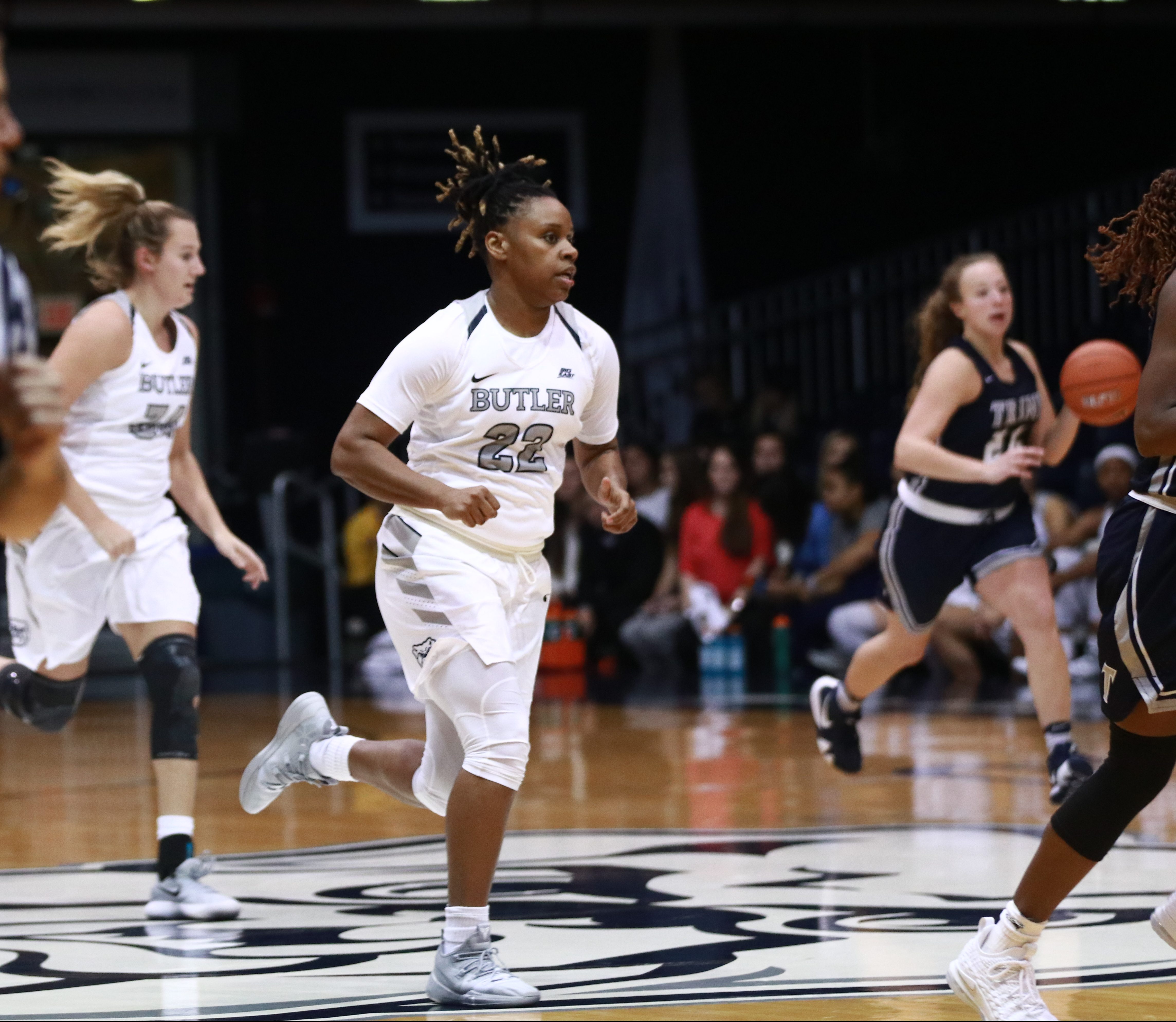 Butler shot nearly 45 percent from the field, aided by Whitney Jennings’ 18 points on 7-of-13 shooting. Kristen Spolyar scored 11 points. Tori Schickel added her ninth double-double of the season by tallying 10 points and 12 rebounds. She also demonstrated vision out of double-teams, collecting four assists. Michelle Weaver led the team in assists, however, marking the 13th time this season she’s done so.

The Bulldogs return to Hinkle Fieldhouse on Friday, Jan. 25 to play the DePaul Blue Demons.