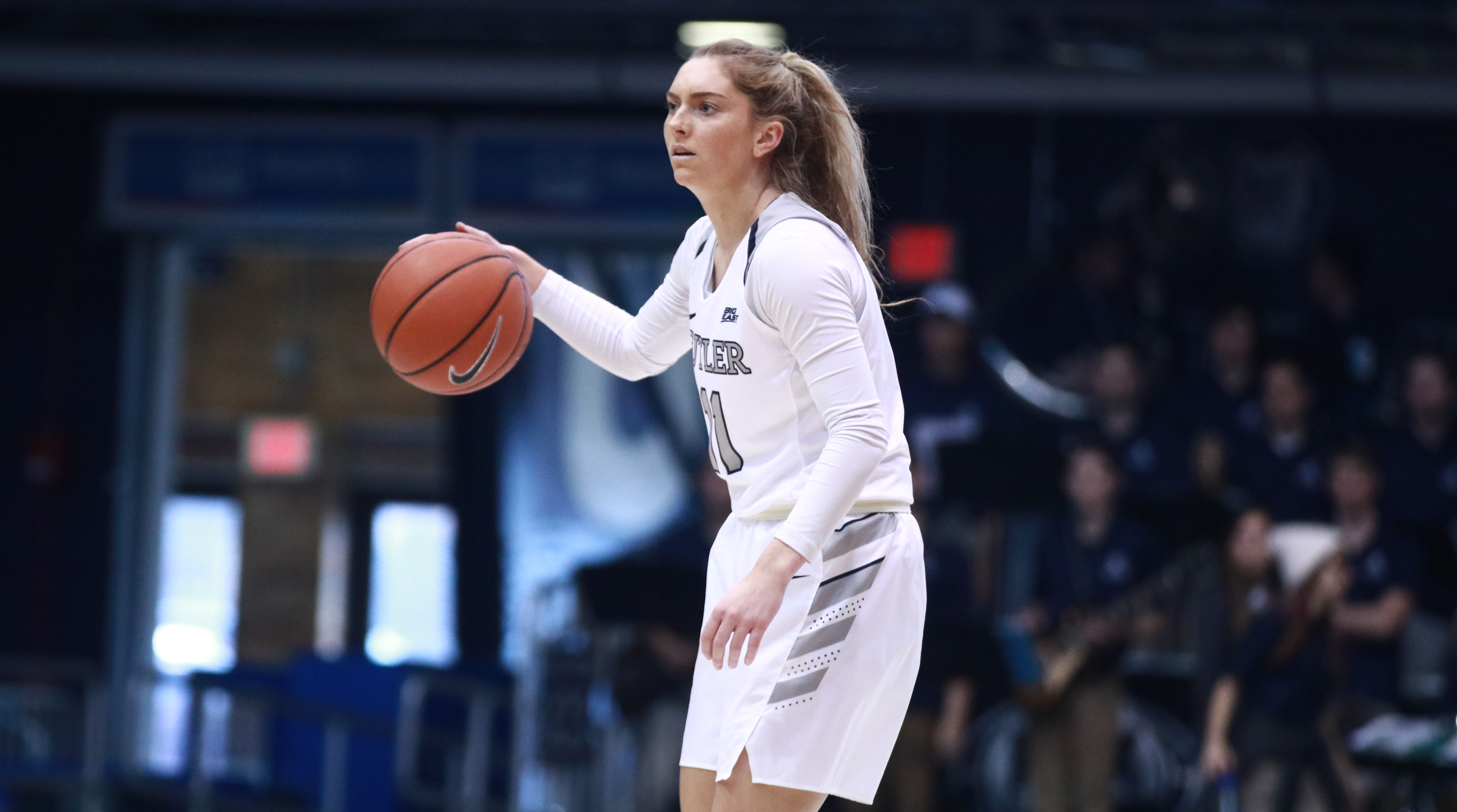 Michelle Weaver dribbles the ball during a home game this season. Weaver tied her career high with 25 points in Butler’s 66-53 win over Ohio State on Dec. 20. Jimmy Lafakis/Collegian file photo.

In the first game of the West Palm Beach Invitational on Dec. 20, Michelle Weaver’s tied a career high with 25 points, lifting the Butler women’s basketball team past Ohio State 66-53. The Bulldogs improved to 9-1 on the season with the victory.

The Bulldogs, as a team, came out of the gates hitting shots, winning the first quarter 18-7. They cooled down over the next two quarters, losing the second quarter 15-18 and the third quarter 17-19. The team regained their mojo in the fourth, outscoring Ohio State 16-9.

In the first half, neither team shot especially well, but Butler’s defense was notable, as the team held the Buckeyes to six-of-23 shooting. In the second half, both teams picked up the pace offensively, with Butler shooting 11-of-21 and Ohio State shooting 10-of-22.

The second day of the West Palm Beach Invitational will pit Butler against Eastern Michigan at 1 p.m. on Dec. 21.