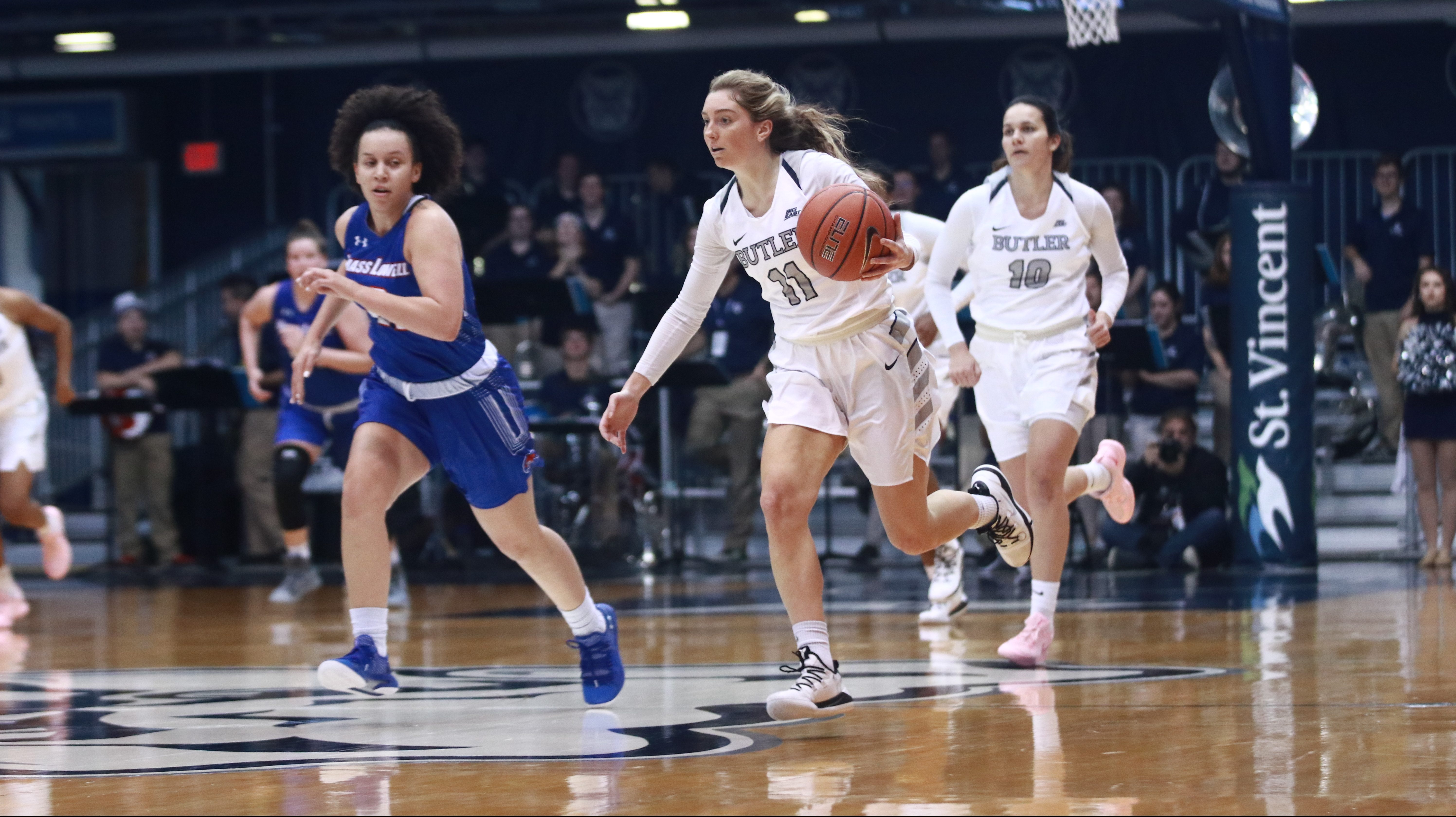 Michelle Weaver brings the ball down the court during a game this season. Weaver and the Bulldogs dropped their first game of the season on Dec. 5, falling 66-46 to Indiana. Collegian file photo/Jimmy Lafakis.

Tori Schickel shot above 50 percent for the sixth time this season. She scored 13 points and tallied 13 rebounds, a season high.

Indiana raced out to an early lead thanks to strong shooting. The Hoosiers shot just over 43 percent for the game, with three players combining for 77 percent of the team’s points.

The Bulldogs have three days to address offensive and defensive issues. They play the Akron Zips on Dec. 8 at 2 p.m. in Akron, Ohio.