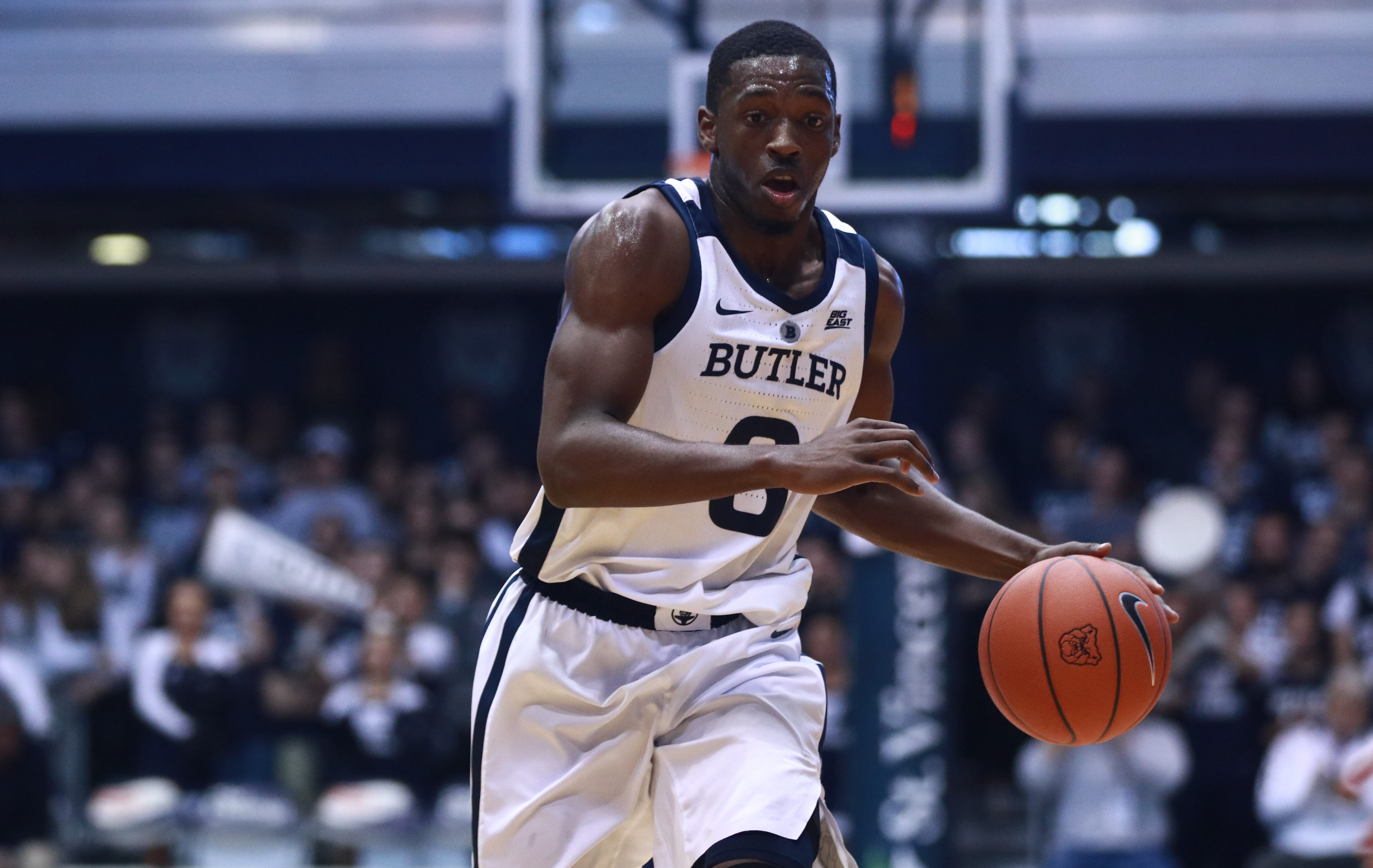 Kamar Baldwin dribbles the ball down the court during a game this season. Baldwin and the Bulldogs take on Brown on Dec. 5. Collegian file photo/Jimmy Lafakis.

Coming off a loss in their first true road game of the season, the Butler men’s basketball team returns to Hinkle Fieldhouse to welcome the Brown Bears for some December nonconference action. Here’s what you need to know.

Who: Butler vs. Brown

There needs to be a focus on protecting Hinkle Fieldhouse

Butler’s loss to Saint Louis looked ugly, but it definitely won’t be considered a “bad loss.” The Billikens are the best team in the Atlantic 10 and will probably make the NCAA tournament even if they don’t end up winning their conference tournament. But the reality of the situation is Butler missed a chance to get a true road win in nonconference play. Not the end of the world, but the Bulldogs are officially in a situation where they can’t afford to lose a game they should never lose inside Hinkle. This hasn’t been a problem for Butler, considering they have won 46 straight nonconference home games, but the point is still the same. There are still chances to get good wins on neutral sites and on the road before Big East play begins, but the teams coming to Hinkle shouldn’t leave with a win.

The Brown Bears force a lot of turnovers

Brown has forced 141 turnovers through nine games. Six of their nine opponents have committed 15 or more turnovers. On the flip side, they’ve also committed 140 turnovers of their own. In five of Brown’s six wins, the Bears have won the “points off turnovers” battle. Meanwhile, in two of their three losses this season Brown lost the turnover battle. This is a team that is going to force Butler into making some mistakes but will also make some of their own. The emphasis for Butler on Dec. 5 is to ensure that they come out on the right side of the turnover battle because it is a big part of Brown’s success.

Against Saint Louis, Butler turned the ball over 14 times and only recorded four assists. In addition, the Bulldogs failed to assist on a made basket in the second half. Ideally the number flips and then some, but it’s crucial for Butler to do a better job passing and taking care of the basketball.

That starts with Butler’s backcourt. Kamar Baldwin and Aaron Thompson combined for two assists and eight turnovers in that contest. Without mentioning Baldwin’s scoring struggles against the Billikens, the backcourt duo was averaging over eight assists per game. The Butler offense runs much smoother when the guards do a better job distributing the basketball. It gives them more room to work offensively as well as freeing up shooters like Paul Jorgensen and Sean McDermott on the perimeter.