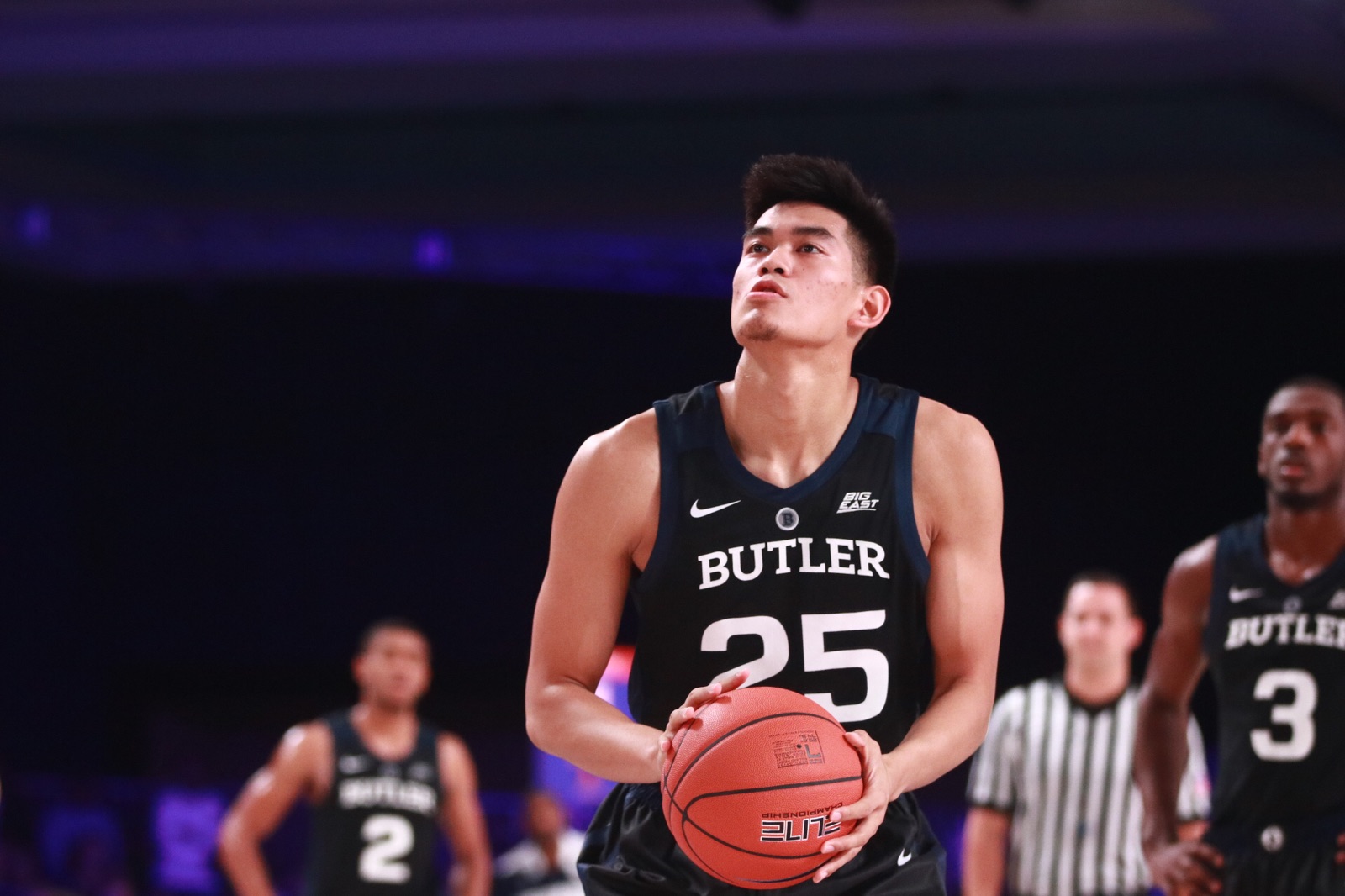 Christian David shoots a free throw in Butler’s 61-54 win over Florida to round out the Battle 4 Atlantis. Photo by Jimmy Lafakis.

With a 1-1 record in the Battle 4 Atlantis heading into tonight’s game against Florida, this game was pivotal to the success of the trip for the Butler basketball team.

In their second straight 9:30 pm tip, dogs and humans alike may’ve found it difficult to stay up to watch the game.

But for those that did, it was some good and some not-so-good. That was to be expected as Butler played its third game in as many days.

I’m in such a love-hate relationship with Butler basketball

But, Florida was also fatigued, which, paired with Butler’s stellar defense, stifled the Gators.

THIS IS BUTLER BASKETBALL

In a side story to the game, Kamar Baldwin scored his 1,000th point in a Butler uniform, the 40th Bulldog to reach the milestone.

At the end of day, you can chalk it up as a solid win for Butler over a team that will be looking to be dancing at the end of the year.

Nobody’s putting that win in a museum but it beats the hell out of the alternative, showed some toughness if not much else

While their finish in the tournament, doesn’t sound great, Dayton turned out to be much better than expected and solid wins over Middle Tennessee and Florida are a good consolation prize.

The Dawgs and the Gators have had their fare share of meetings, but this was Butler’s first win since the 2011 Elite Eight.

While it may be a little early to be looking at their tournament resume, Butler’s overall stock went up from the trip.

After three straight games, though, it will be important for the guys to get some rest.

Butler’s next contest will come on Dec. 1 in their first true road game of the season at Saint Louis.