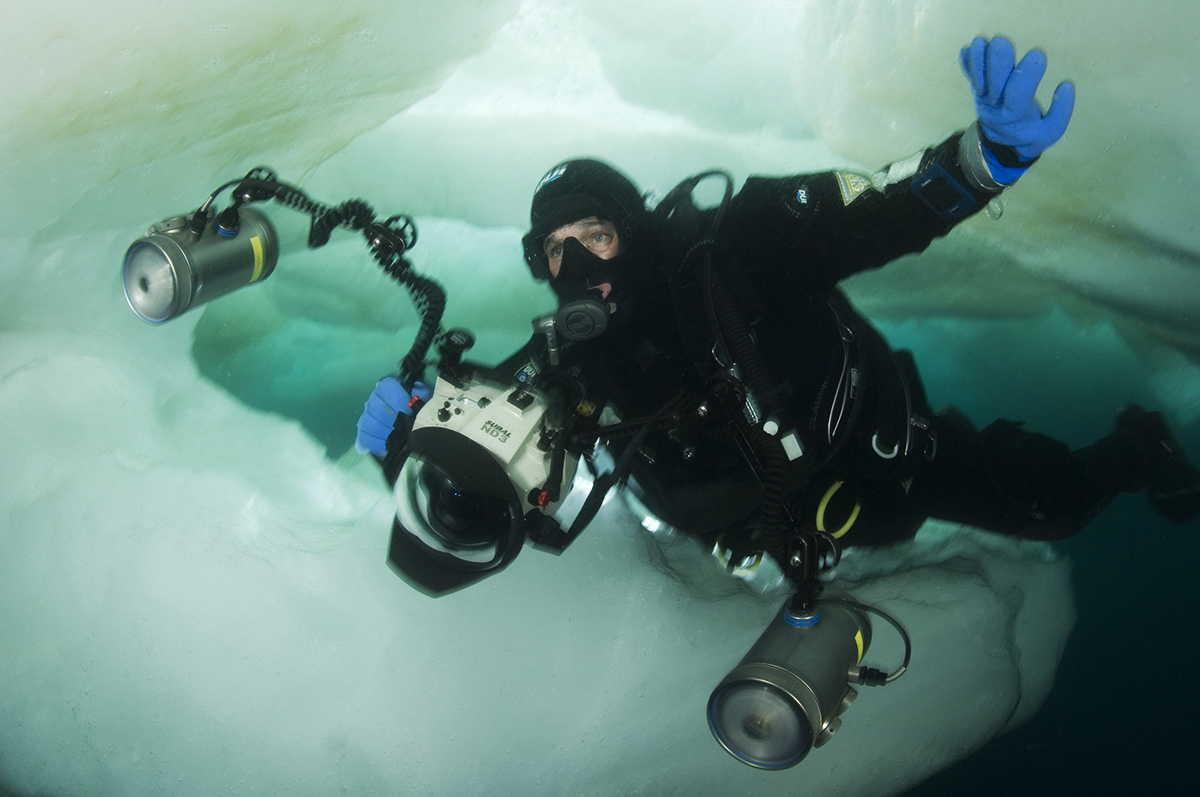 Brian Skerry is speaking at Clowes as a part of the National Geographic Live series. Photo courtesy of Butler Arts Center.

Skerry has spoken worldwide at the United Nations, TED and the Sydney Opera House to discuss the importance of the ocean and marine life.

Mackenzie McQueen, a first year biology and environmental studies major, has attended previous National Geographic lectures in the past.

“Seeing people who are so ridiculously passionate about this stuff — it’s inspiring for me,” McQueen said. “It gives me hope for future generations because one common thing these speakers have is their hope for rebuilding and conserving the earth in the decades to come.”

The next two parts of the series will be held later this school year. “Spinosaurus: Lost Giant of the Cretaceous” with Nizar Ibrahim will be held on Jan. 24, and “On the Trail of Big Cats” with Steve Winter will be held on April 4.

Tickets for tomorrow’s event can be purchased online or at Clowes Box Office.