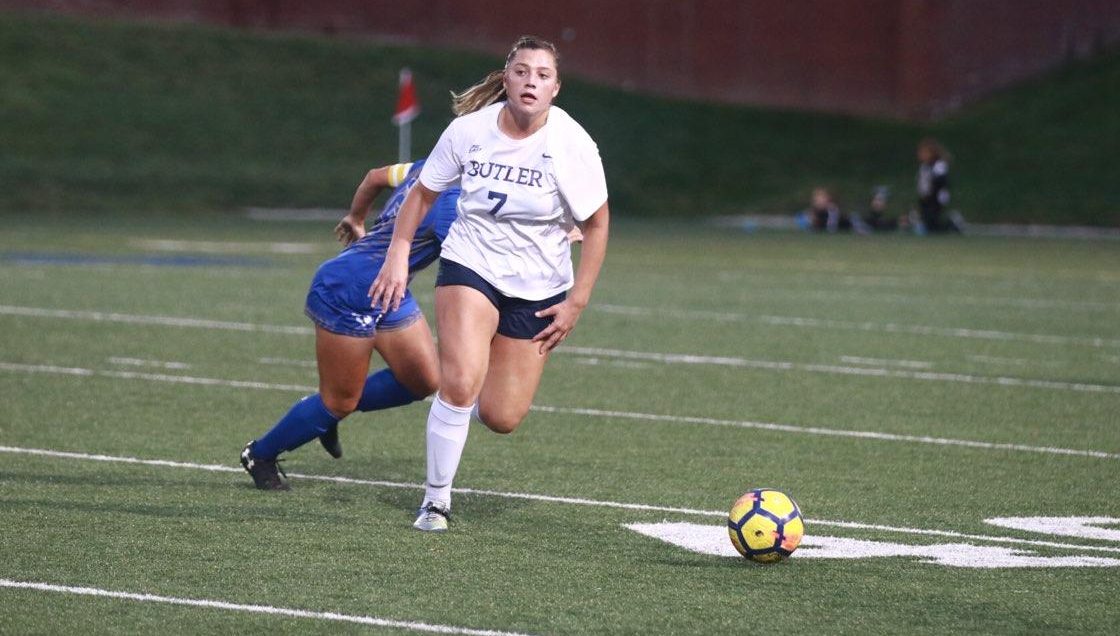 The Butler women’s soccer team moved to 8-3-0 on the season with a 3-0 win over Seton Hall University on Sept. 27. The win marked the first time since joining the Big East conference that the Bulldogs have started 2-0 in conference play.

Freshman forward Anja Savich’s sixth goal of the season highlighted the first 45 minutes of play as the Bulldogs took a 1-0 lead into the locker room. The goal was her second in the last two matches and moved her into an early three-way tie for the lead in goals during Big East play.

Cassidy Blacha beat the lone Seton Hall defender as she played in a ball from the opposite end of the field. Savich then corralled the ball and pushed it past Seton Hall goalkeeper Anna MacLean from just inside the box.

The Bulldogs struck again just two minutes into the second half when Halle Stelbasky scored her third goal of the season. The shot from the left side of the box rolled into the bottom right corner and gave the Bulldogs a 2-0 lead in the 47th minute.

In the 62nd minute, redshirt sophomore defender Amanda Kowalski used a corner kick to find the top right corner of the net. The ball sailed just outside the reach of MacLean to give Butler a 3-0 lead.

“We’ve worked very hard over the last couple of weeks on some of our combination play and the connectivity of our forward movements and I think the ladies did a fantastic job tonight of carving out chances,” co-head coach Rob Alman said.

Along with the scoring barrage, the Bulldogs used suffocating defense to limit the Pirates’ chances throughout the match. The Pirates were only allowed a pair of shots on the Butler defense as Butler lead the shot count 18-2. Butler has not allowed a goal in their last two matches.

“I thought we defended very very well in terms of sticking to our game plan and trying to deny some of the stuff that Seton Hall does very well,” Alman said. “We were very disciplined defensively through all of our units and it allowed us to do some of the things we wanted to do going forward.”

The Bulldogs will continue Big East play with a match against Providence on Sept. 30 at 1 p.m.