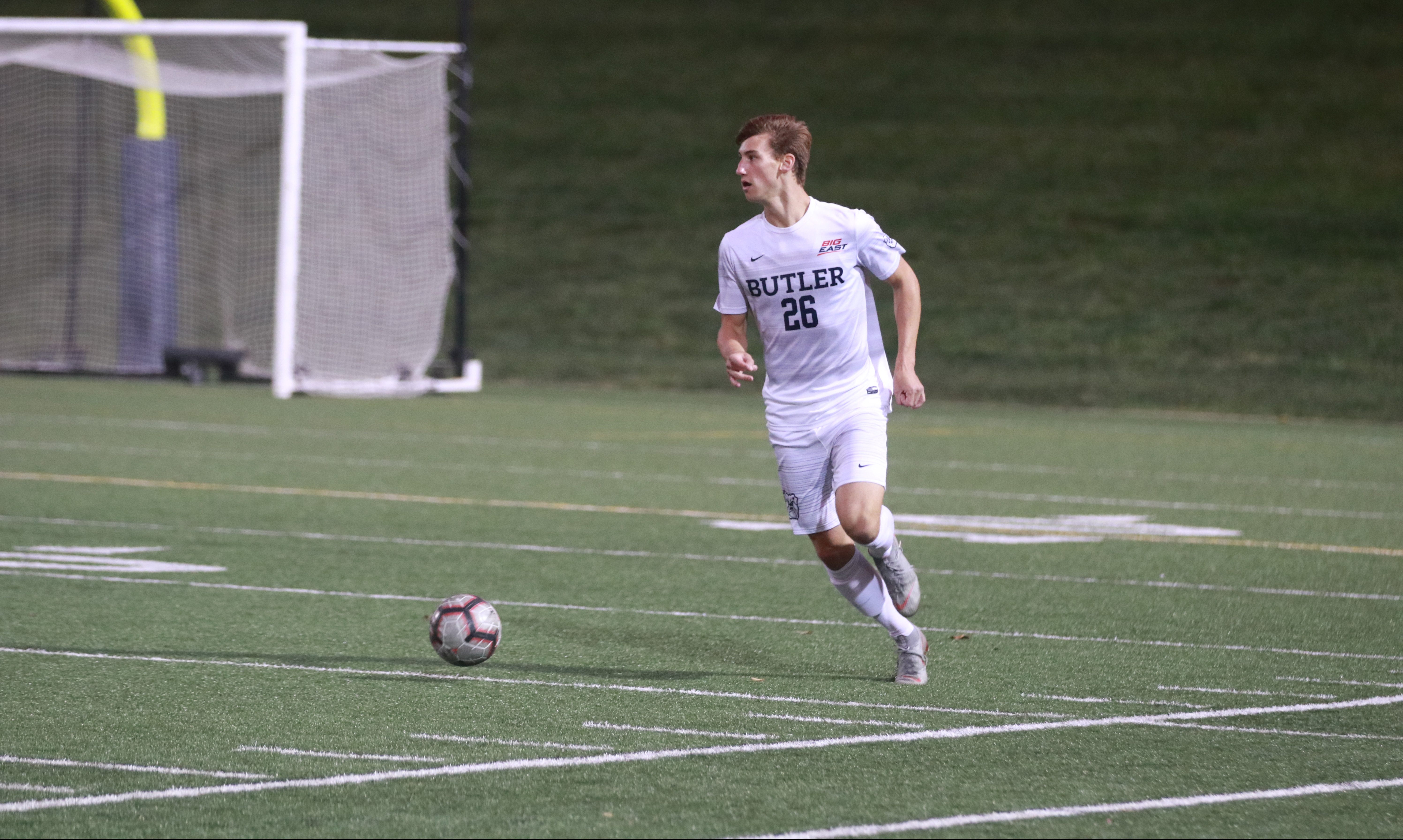 Michael Peay dribbles the ball up the field during a game this season. Peay scored Butler’s second goal in the team’s 4-3 overtime win over Marshall on Sept. 26. Jimmy Lafakis/Collegian file photo.

The Butler men’s soccer team snapped a four-game losing streak by defeating Marshall University 4-3 in a overtime thriller at the Bud and Jackie Sellick Bowl on Sept. 26. Junior Brandon Guhl led the Bulldogs with two goals on the evening, including the game-winner with just seconds left in the first overtime period.

The first half was dominated by the home team as Butler scored two goals in three minutes. The first goal came courtesy of Guhl in the 28th minute. The second goal came from Michael Peay on an assist from freshman Jack Haywood in the 31st minute. Haywood earned his second assist in as many games.

The second half saw four goals find the back of the net. The Thundering Herd quickly cut the deficit to one on an 48th minute goal and followed it up with another goal in the 74th minute off a Bulldog turnover.

The final 16 minutes of regulation saw freshman Eric Conerty score his first goal of his Butler career in the 84th minute on an assist from senior Marco Charalambous. Charalambous assisted on three of the four Butler goals. That 3-2 lead held up for almost the remaining six minutes but Marshall put a ball in the back of the net with just five seconds remaining in regulation.

The first overtime period saw very little action until Guhl and Charalambous broke away on a counterattack and Guhl found the back of the net for his fifth goal of the season.