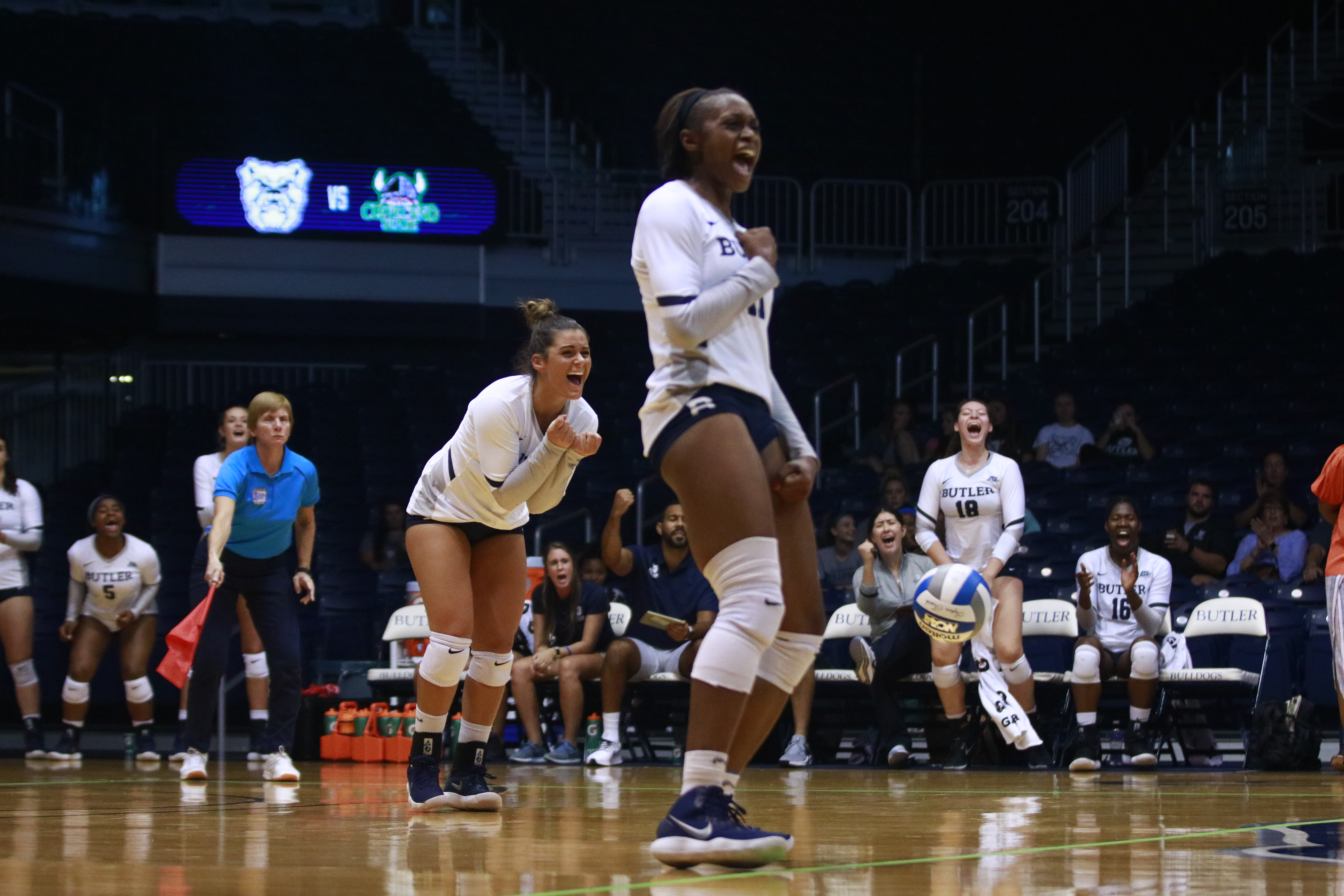 Natalie Ravenell celebrates after a point. Ravenell had 10 kills in the loss to Creighton. Jimmy Lafakis/Collegian file photo.

The Butler University volleyball team (5-11, 2-2 Big East) went 1-1 on the weekend. The Bulldogs lost in five sets to No. 10 Creighton University at Hinkle Fieldhouse on Sept. 28 and swept Providence College on Sept. 29.

“Our blocking and defense shined through once again,” assistant coach Sofia Sanchez said. “We took the No. 10 team in the country completely out of their comfort zone and forced them into a tough match that could have gone either way.”

The home team responded by sweeping Providence 25-18, 25-11, 25-19 the next night. Redshirt freshman middle blocker Melody Davidson and sophomore middle blocker Rachel Klitzing tied for the team lead in kills, both posting eight. Butler hit .319 as a team in the victory.

“I am super proud of the team,” head coach Sharon Clark said. “You could tell that they are putting into practice what we have been working on in the gym.”

Butler will play its next match at DePaul University on Oct. 3. First serve is scheduled for 8 p.m.