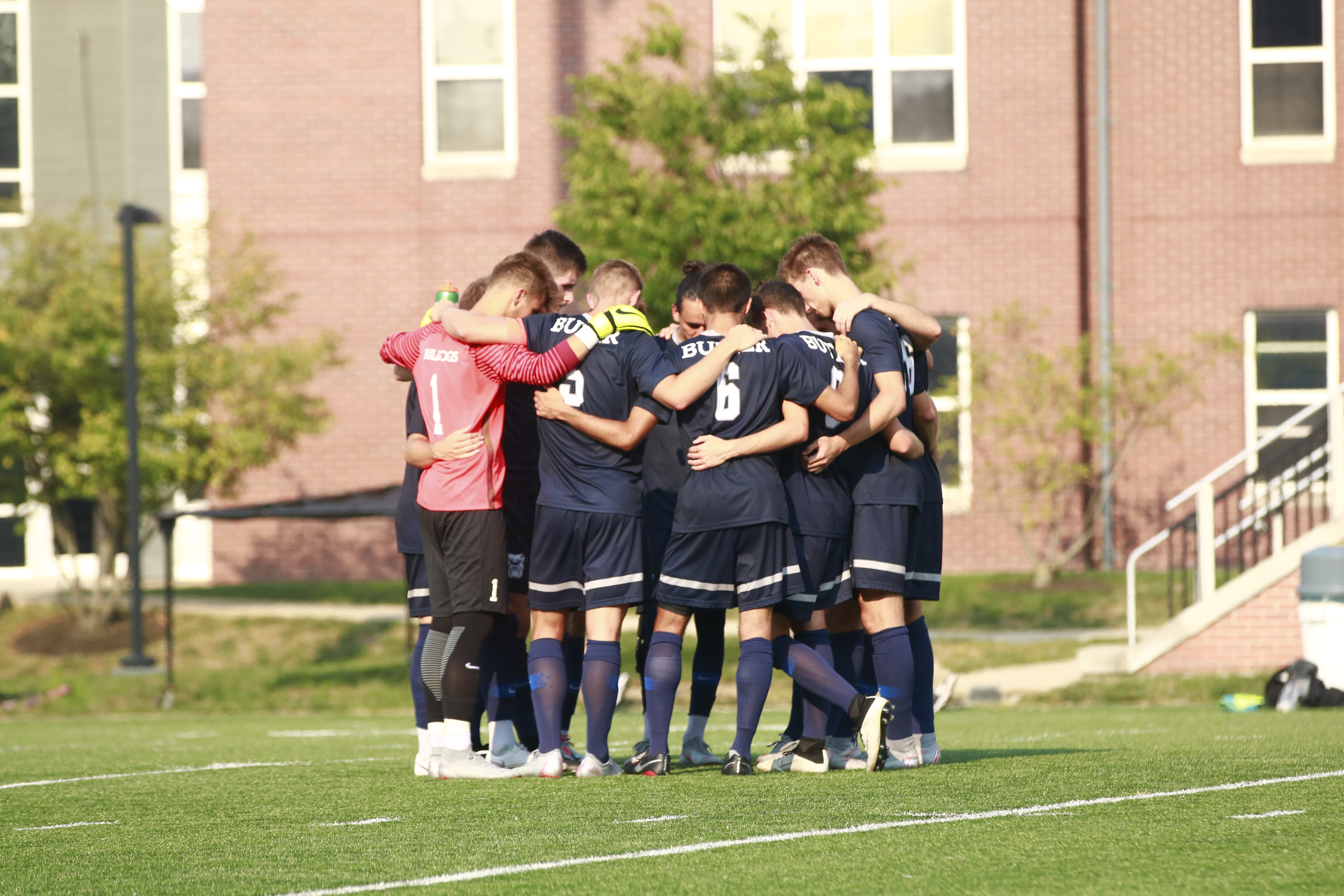 The Butler men’s soccer team huddles up before an exhibition game against Oakland University. The Bulldogs open up their regular season on the road against Akron on Aug. 24. Jimmy Lafakis/Collegian file photo.

The Butler men’s soccer team begins their 2018 campaign at the No. 4 ranked Akron Zips on Aug. 24. Both teams were ranked inside the top 10 in the United Soccer Coaches Poll and are looking for strong starts to improve on deep NCAA Tournament runs last spring.

The Bulldogs, ranked ninth in the country, are coming off a Sweet 16 berth where they lost to No. 1 seed Wake Forest. The Zips made their way to the Final Four before losing to eventual national champion Stanford Cardinal.

Both squads bring new lineups to the table in 2018. The Bulldogs boast a roster that includes nine freshmen, making up the ninth ranked recruiting class in the country according to Top Drawer Soccer. With players from the United States and abroad, head coach Paul Snape has a talented group of youngsters to accompany the veteran play of Jared Timmer, Joe Moulden and Brandon Guhl.

Akron finds themselves looking for offense in different places in 2018. Seniors Stuart Holthusen and Sam Gainford ranked first and second, respectively, in both goals and points last season. The duo at the forward position accounted for 22 of the team’s 50 goals in 2018.

Butler’s schedule does not get any easier following this top 10 matchup. The Bulldogs are slated to play four of the top 14 teams in the country throughout the season, capped off by a showdown with Indiana University on Oct. 16. Five of the matches on Butler’s 2018 schedule are against opponents coming off NCAA Tournament berths last season.

Kickoff is scheduled for 7 p.m. at FirstEnergy Stadium in Akron, Ohio. The game will be broadcasted on ESPN3.