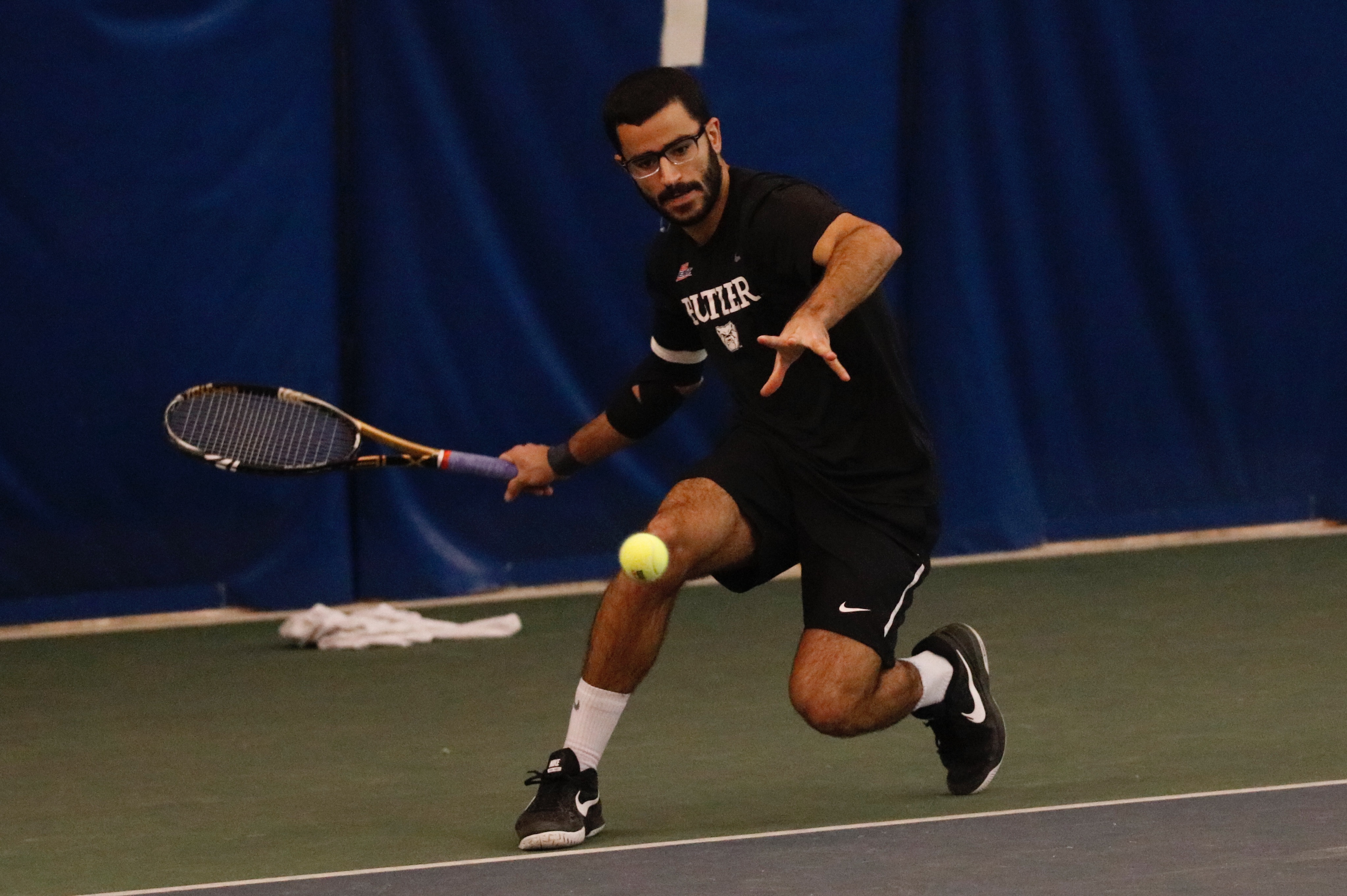 Aviv Ben Shabat hits the ball over. Ben Shabat and Mason Dragos combined to win in No. 1 doubles against Villanova on March 23. Jimmy Lafakis/Collegian file photo.

The Butler men’s tennis team has won their first conference matchup of the year with a 6-1 victory over Villanova on March 23.

After winning the Big East Tournament last season, Butler is 1-0 to begin conference play and 11-4 overall.

“It counts for seeding and it’s important for how we stack up in conference tournament,” head coach Parker Ross said. “But really with this being the first conference match that we’ve played since we won last year, it was good to just play them and make a statement.

Butler secured the doubles point with victories from Aviv Ben Shabat and Mason Dragos in the No. 1 spot and Adrian Mag and Ari Gerstein in No. 3, respectively.

Only Sam Sullivan in the No. 6 spot, failed to earn a point for Butler.

Butler’s Spencer Lang surrendered only one game to Dylan Flanagan of Villanova, winning the sets 6-0 and 6-1.

Mason Dragos had the most highly contested matchup, but came away from each set victorious, by tallies of 7-5 and 7-6.  Dragos’ win clinched the victory for Butler.

Butler will travel to Muncie to take on Ball State on April 4.